The World of Teddy Ruxpin Minis (Worlds of Wonder)

The World of Teddy Ruxpin Minis
Worlds of Wonder
1985

We jumped headlong into The World of Teddy Ruxpin a little over a month ago when we talked about the highly popular stuffed talking bear. In that "article" we mentioned the mini figures which you see before you today.

There's no denying talking Teddy Ruxpin was one of the hottest toys of 1985. Worlds of Wonder looked to expand on this aspect with a line of plastic action figures. For this, they produced twelve figures, a play area, and one "vehicle". While the line was successful, it didn't shoot off into the stratosphere such as WoW had hopped. Unlike the talking bear which would be produced from 1985 to 1990, the plastic figures didn't fair as well, and production was ceased by 1986. 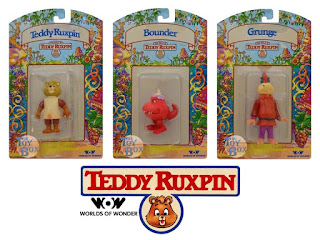 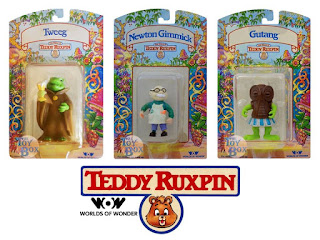 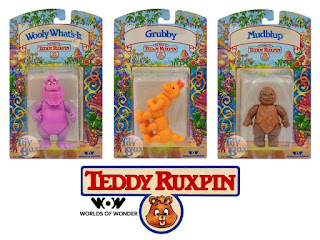 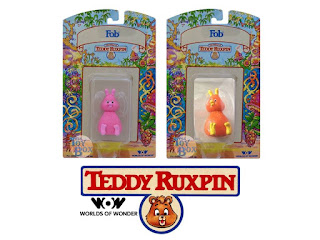 For their time, the plastic mini figures stood as an example that sometimes it's best to stick with what you know, and not necessarily expand beyond your means. Just because the talking Teddy was a massive success didn't mean that WoW could throw anything onto the market based on the character(s), and expect a massive reception. 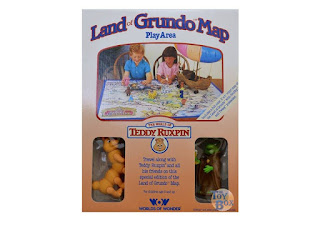 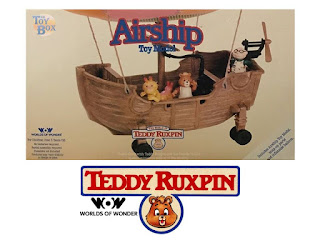 While the line wasn't necessarily popular in 1985, these days Teddy Ruxpin fans are eager to add them to their collections. The good thing about this is that with the exception of the Airship this can relatively be done for just a few dollars. Unfortunately the Airship is going to set you back at least a hundred dollars for an open one, and anywhere between $135.00 and $175.00 for one in the box.

Click "HERE" to go back to the home page. For more posts related to this one, please click the labels below.
Posted by The Toy Box on March 26, 2018
Email ThisBlogThis!Share to TwitterShare to FacebookShare to Pinterest
Labels: 1980's, 1990's, Teddy Ruxpin, The World of Teddy Ruxpin, Worlds of Wonder