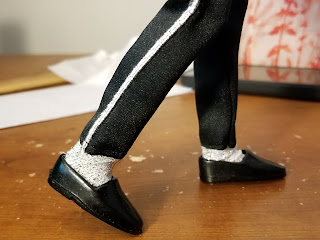 I purposely didn't put a title on this post because I'm confident 99.9% of you will figure out what you're looking at just by the photo above.

For the remaining .01%, perhaps this photo will help you out. 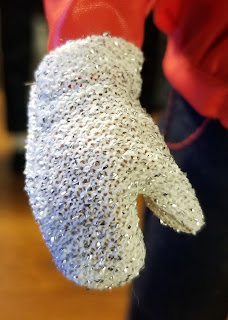 If not, well let me just tell you.

Today I'm sharing my LJN Michael Jackson line from 1984. When I first set out to collect these dolls, I initially just wanted to purchase one, and then all the outfits. My vision was to put said outfits on doll rack displays and / or doll hangers in a doll closet. Unfortunately the only doll racks I could find were for dresses and the furniture was proving to be far more expensive than simply buying seven dolls to display the seven outfits. So naturally...

...I took the cheaper route.

If you look closely at the dolls, you'll notice there are actually some subtle differences between some of them. The most obvious being the height differences. 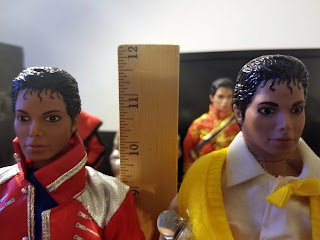 While most of the dolls stand around 11 3/4 inches high, there are some which almost top the 12 inch mark. You'll also notice a difference to the face sculpt and color - The taller version being a little chubby in the cheeks and also paler. 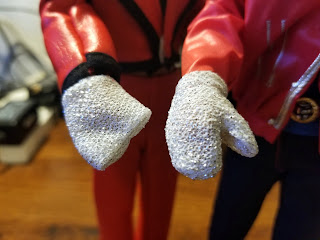 You may have also noticed the difference in the gloves. LJN got a little lazy during the production phases of the dolls and for what I can only presume as a cost savings measure altered the gloves to no longer include a thumb. Instead, they were just poorly designed mini cloth sacks - Lame. I think I'm going to look into replacing these ones as they simply look stupid - If I'm being blunt.

I've talked about the various outfits in my prior "boxed" post on these dolls. So I'll spare everyone the details and simply show the photos. 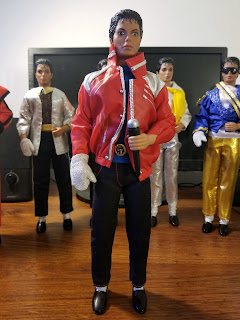 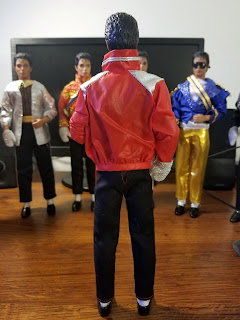 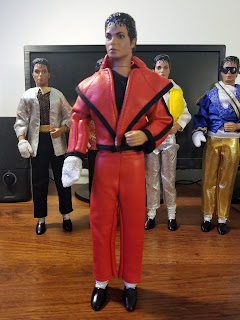 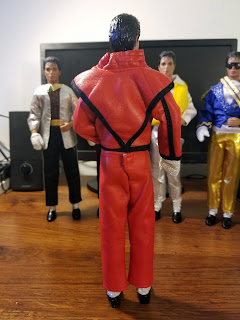 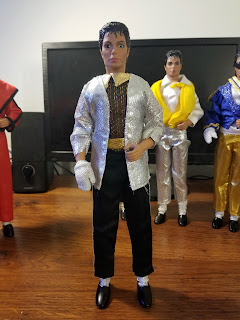 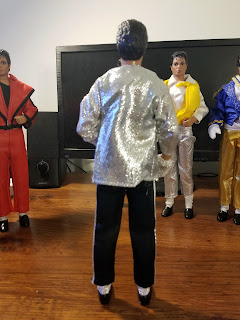 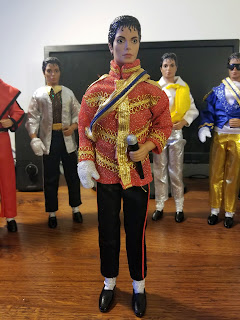 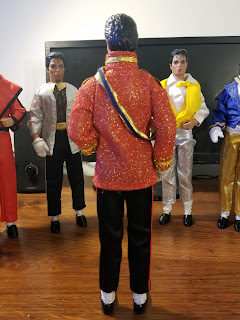 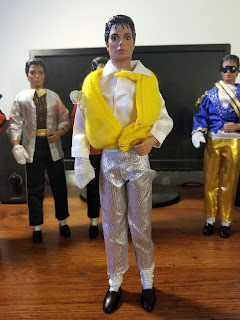 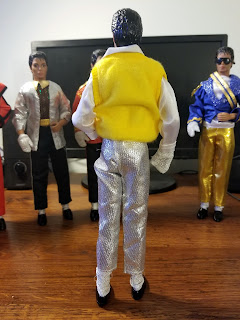 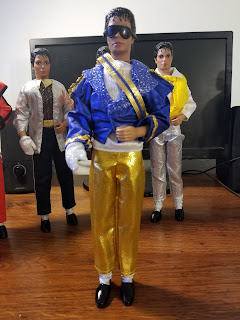 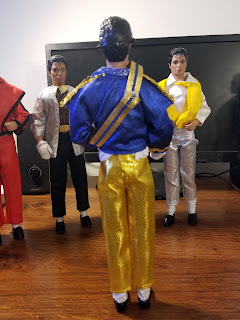 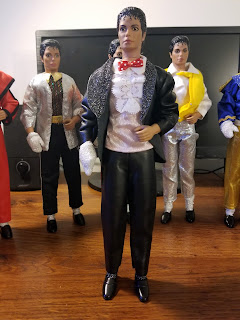 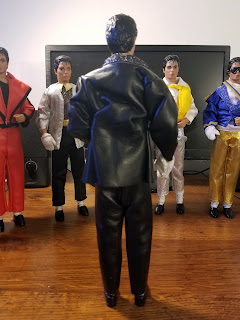 The attention to detail in this line - Well, with the exception of some of the gloves - is immaculate. You can immediately tell which each of the outfits are (if you're a Michael Jackson fan) and the sculpt is spot on for its time.

LJN packed in a few accessories with some of the dolls - A pair of sunglasses, a microphone and stand. 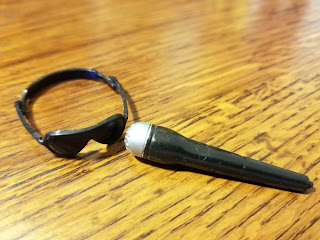 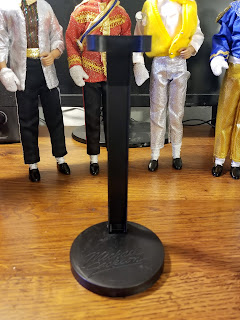 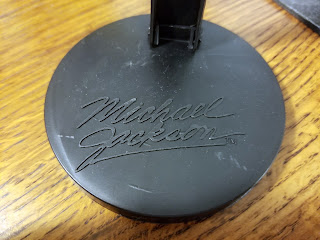 Unfortunately, if you bought the outfits separately you got none of these accessories - Which is a shame, because some of the outfits were only available on separate cards and not with the dolls. Then again, I suppose the overall intent in the 80's was to not buy seven dolls, but rather one doll and then outfits. 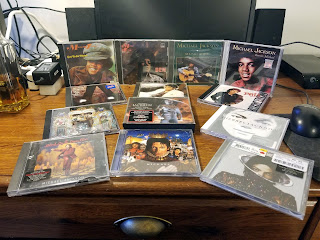 In conjunction with your personal collection of Michael Jackson albums you can have hours of fun playing out your own concerts. I mean, I don't play with dolls, so I wouldn't know...Or would I?

Click "HERE" to go back to the home page. For more posts related to this one, please click the labels below.
Posted by The Toy Box on March 28, 2018
Email ThisBlogThis!Share to TwitterShare to FacebookShare to Pinterest
Labels: 1980's, LJN, Michael Jackson