A Farewell To Toys R' Us 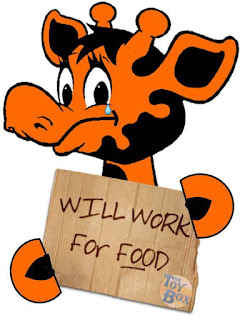 The final blow has been struck against Toys R' Us and every location will soon be closing across the globe. As the corporate office scrambled to restructure the company, the damage was already done and the final nails already hammered into the coffin.

It's true the heydays of Toys R' Us have long since been lost in the past. Toy isles today simply aren't what they used to be. The magic of going to the store has long since been gone - At least for this Blogger.

I remember going to Toys R' Us in the 1980's and finding a treasure trove of toys - Star Wars, Masters of the Universe, G.I. Joe, Transformers, Thundercats, Silver Hawks, Go-Bots, M.A.S.K., Cops n' Crooks, Nintendo cartridges, Bravestarr, Madballs, M.U.S.C.L.E.S., WWF, Barnyard Commandos, Food Fighters, Police Academy, Cowboys of Moo-Mesa, Inhuminoids, Sectaurs, Captain Power and the Soldiers of the Future (just to name a few) and more! It was magical, it was fun and it was exciting all at the same time. Back in those days it was awful to hear those dreaded words from your parents, "Pick one." How could they think this was even possible when every toy isle was filled to the brim with figures, vehicles and playsets?

However, these days I can easily walk in and out of a Toys R' Us in under ten minutes confident there was nothing at all worth buying. In fact, I dare say it's more so a chore to go and certainly not fun. What was once an experience of excited squeals of, "What will I find today?" became a bored, "Is there anything worth buying?" The isles were never stocked, the stores generally a mess and peg warmers a plenty strewn about with all the desirable stuff long gone by local scalpers.

The further downward spiral of this is what will happen to companies such as Hasbro, Mattel and to a lesser extent Funko, NECA and McFarlane Toys (as well as all the rest)? Who will sell their toys now? With the loss of Toys R' Us, these companies lose their biggest customer in the industry. Target and Walmart have very limited space for toys and make it a point to only stock popular items guaranteed to sell.

So what's the option? Amazon? No way. As a collector I can tell you I will absolutely not buy any collectible via mail order unless it's through ebay with thorough photos of every side of the box - Even if I intend on opening it. The last thing I want is a figure that looks like someone curb stomped it before sending it off.

Personally, I see this as a great opportunity for the return of the mom and pop store. All of these toy producers are in a bad spot which leaves a perfect opportunity for negotiated prices to potential dealers. If companies like Hasbro and Mattel were smart, they would start embracing this option sooner rather than later.

In a way there is also another good side to this. It forces said toy producers to focus on good quality toys which are all but guaranteed to sell. They can't produce three hundred thousand random peg warmers and only one hundred thousand of the popular character everyone wants. Those who would be willing to stock their toys would shut that nonsense down quickly when faced with a ton of merchandise they can't sell. Like I said, all the negotiation power is in the hands of the few retailers who can dictate the future of toys and will hopefully do so for the positive.

Is it sad to see Toys R' Us go? Honestly, not really. For me the store has been dead and gone for quite a few years at this point. I can't tell you the last thing I bought from them or even when. For me I've already been visiting a grave site for years. Now I'm to the point where it's time to stop going by and simply move on to bigger better things.

If you're someone who has a Toys R' Us gift card, use it now. The store is only accepting them through mid April 2018.

Click "HERE" to go back to the home page. For more posts related to this one, please click the labels below.
Posted by The Toy Box on March 16, 2018
Email ThisBlogThis!Share to TwitterShare to FacebookShare to Pinterest