In our last post we described what the various "ages" of comics were, and where they fell in time wise. This is key as it sets the era of where these figures fall in. However, with that said, while the title of this series is Modern Age, it's important to note that these technically fall under the Bronze Age now.

Toy Biz released its Modern Age set in 1999, which is actually prior to the Silver Age series (2000) being released. Though there are only a handful of figures, this is a great line for finding some obscure figures you won't get anywhere else - Well, with the exception of Wolverine, which has been done to death. 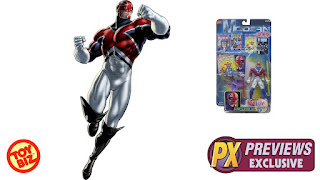 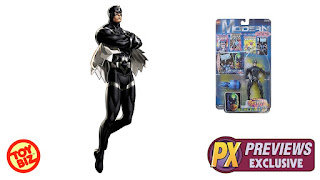 Each figure came packaged with a really nice trading card as well as a handful of accessories. The package itself has an almost Robocop feel to it - At least to us it does. 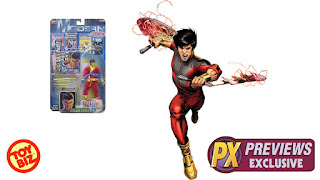 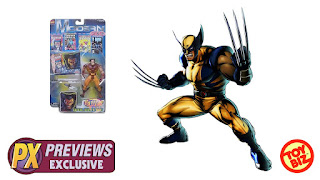 The series won't set you back too far these days. At just $5.00 a piece (on average), there doesn't appear to be a high demand for them. Definitely a good time to jump on these if they're on your radar.

Click "HERE" to go back to the home page. For more posts related to this one, please click the labels below.
Posted by The Toy Box on March 24, 2016
Email ThisBlogThis!Share to TwitterShare to FacebookShare to Pinterest
Labels: 1990's, Black Bolt, Captain Britain, Marvel Comics, Modern Age, Previews, Shang Chi, Toy Biz, Wolverine