With the 25th anniversary of Edward Scissorhands just around the corner, we felt it appropriate to drop a little nod towards the cult classic Tim Burton film.

Released in December of 1990, the movie was immediately met with positive reviews from critics around the USA. Burton was praised for his modern take on Frankenstein, while Depp was praised for his ability to fully engross himself in the character as an actor. 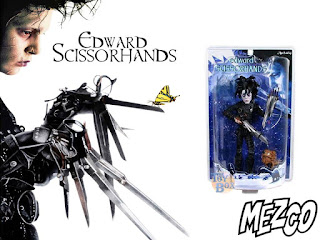 Despite its massive popularity, Edward Scissorhands did not follow with a multitude of products such as toys, or trinkets. In fact, options remained fairly limited in general. 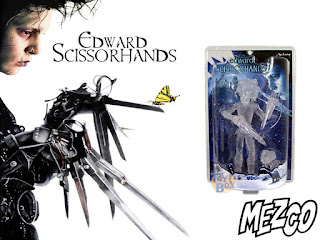 In 2006, Mezco released a small series of figures. It featured three versions of Edward, and one of The Professor. Sadly, this would be all for the entire run - If you don't include the four pack of Mez-Its. 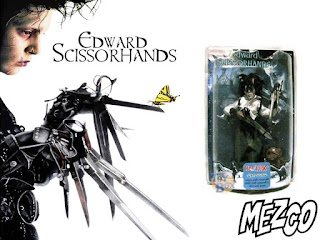 The white shirt Edward was a Hot Topic exclusive, while the ice sculpture version was a SDCC exclusive. To date, these two remain the more difficult versions to track down. Despite this, the entire line can be found for around ten dollars for each figure.

Beyond that, there's not much more we can really say on this particular line. 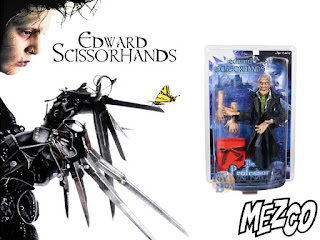 Join us next time when we take a look at Star Wars Saga Legends / Mission Packs!


Click "HERE" to go back to the home page. For more posts related to this one, please click the labels below.
Posted by The Toy Box on November 26, 2015
Email ThisBlogThis!Share to TwitterShare to FacebookShare to Pinterest
Labels: 2000's, Edward Scissorhands, Johnny Depp, Mezco, Tim Burton