We love the Iron Giant movie. It was fabulous! Of course it didn't start as an animated film. Rather, the Iron Giant's roots can be traced back to 1968 when he was created by writer Ted Hughes for the novel The Iron Man.

In the book, the Iron Man comes to England where he rains destruction down on farm equipment. Later in the story he befriends a young boy, and eventually saves the world from an attacking monster from outer space.

Though part of this premise is used in the film, the animated adaptation opts out of the monster invasion plot, and instead brings into focus our own destructive nature as human beings. As a result, the story is a little more easier to get engrossed in, and also leaves a deeper impact of how violent a society we are that we would destroy ourselves to eliminate out of fear a potential threat that we don't understand. Deep, huh?

Unfortunately for fans of the film, Iron Giant toys weren't necessarily easy to come by. Granted Trendmasters did a descent job of putting some items out there, but we never got the action figure and vehicle line that one would have expected with such a franchise.

The end result is a product line that's all over the map - Much like LJN used to do with their movie based products. Nothing really fits in correlation with each other. Not only that, but all of it is strictly based on the Iron Giant character, leaving no other characters available. This is where an action figure line would have been spectacular - Think figures, military vehicles, etc.

That's not to say that what we did get was poor or inferior, it was just awkward when compiled. On one hand you have a six inch figure of the Iron Giant, but on the other you have an electronic bank. See how these two items don't work together? It was as if the advertising hook was, "Get your Iron Giant toys, and...I don't know, incorporate it with your G.I. Joes or something?" Which now that we say that would have been AWESOME with the 22 inch Ultimate Iron Giant figure. 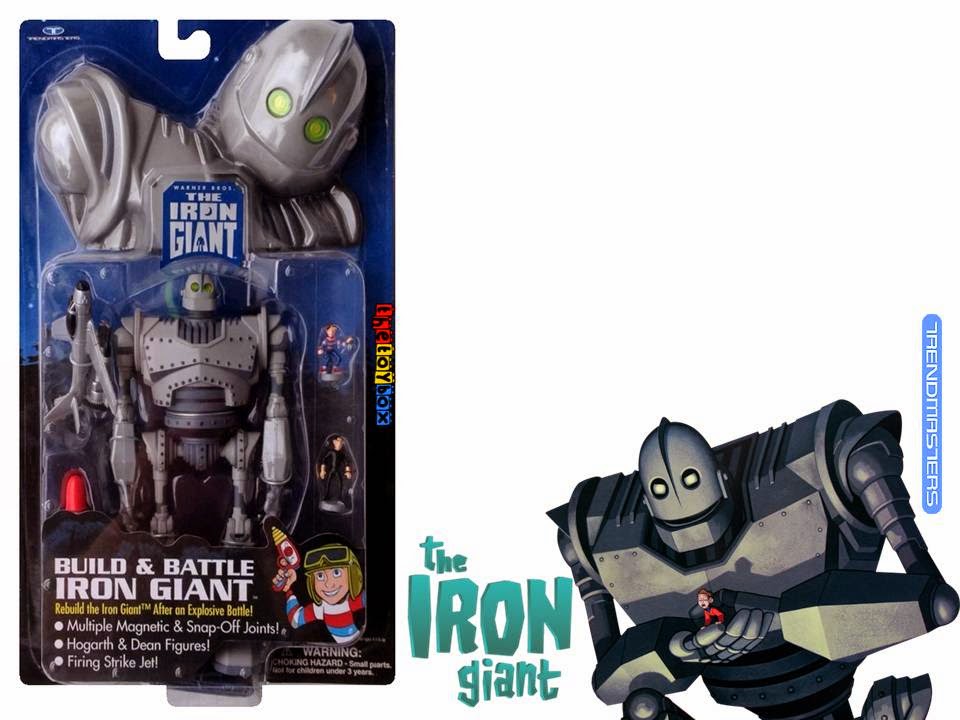 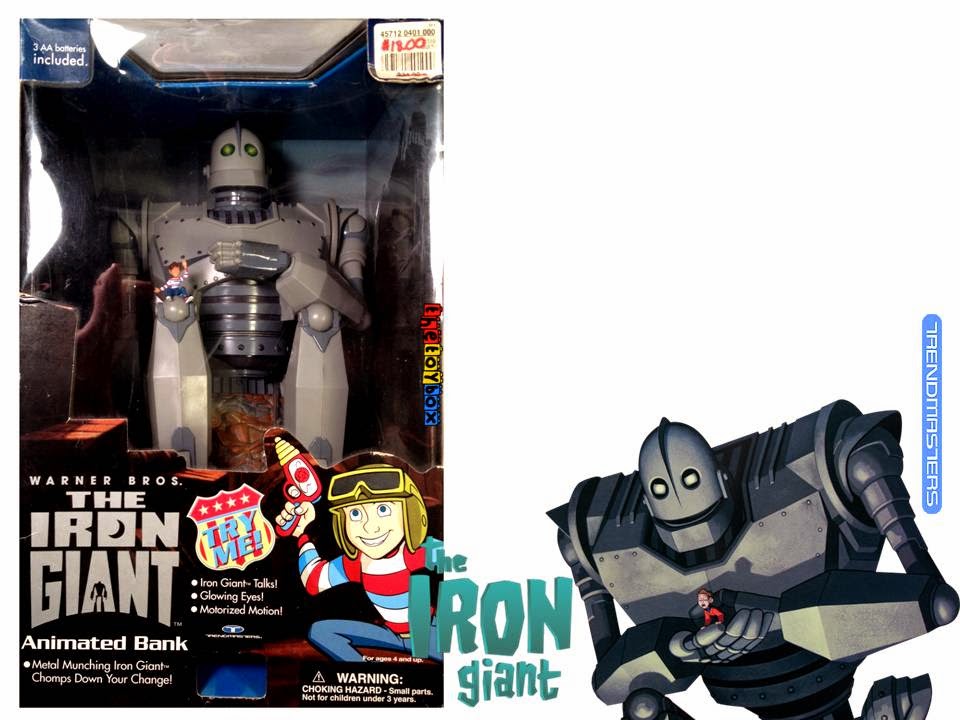 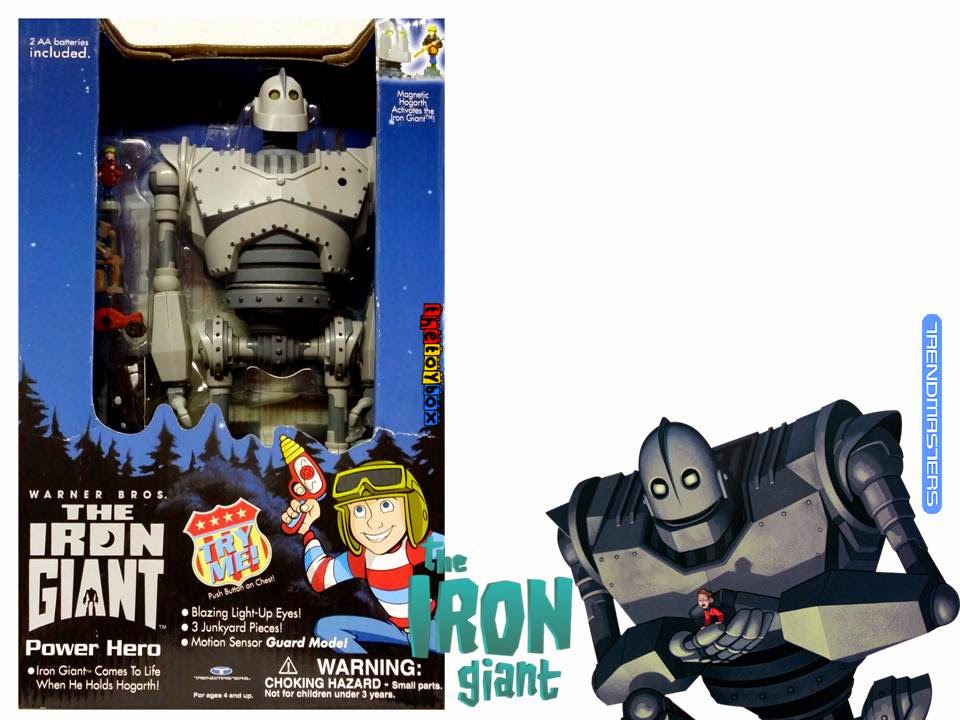 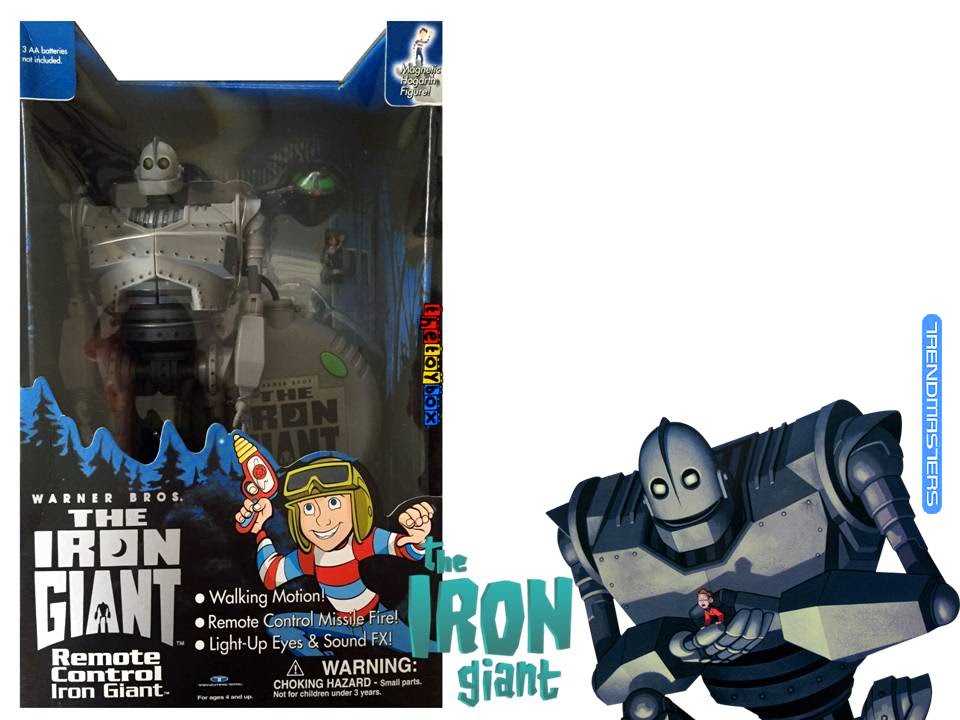 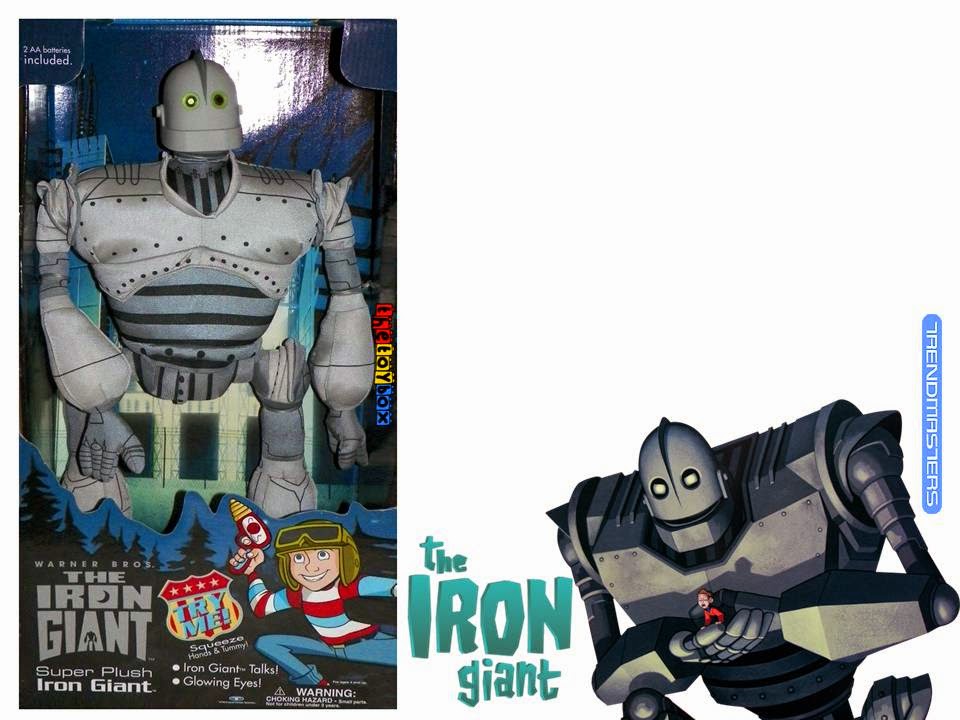 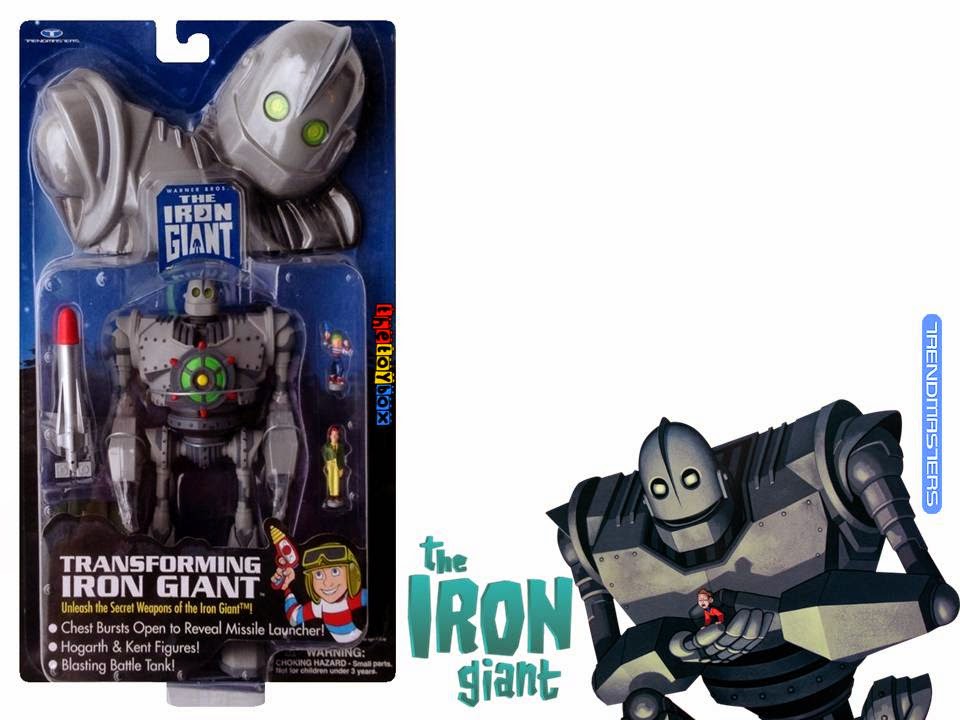 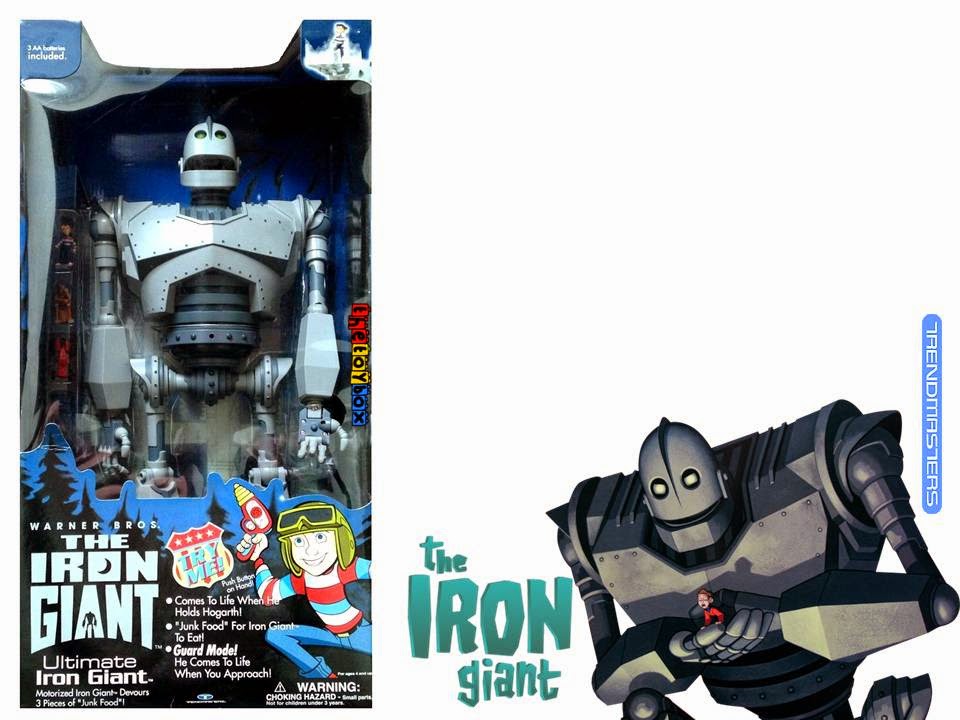 If you're looking for these items these days, be ready to drop some cash. Typically they're expensive. Most items will set you back around $125.00 to $150.00 each. True mint condition in the package items have also been known to sell for close to $400.00 each. However, there are occasions where you can pick up loose items, and stay under the $100.00 range - That is if other buyers aren't scoping out the same items as you. Patience is key if you are looking to invest as little as possible.

Join us next time when we take a look at Spider-Man: Web Force!


Click "HERE" to go back to the home page. For more posts related to this one, please click the labels below.
Posted by The Toy Box on April 02, 2015
Email ThisBlogThis!Share to TwitterShare to FacebookShare to Pinterest
Labels: 1990's, The Iron Giant, Trendmasters, Warner Brothers