During the mid 90's, Toy Biz was flooding the market with anything Marvel Comics related that they could. This often times included numerous sub series which utilized old figures with new accessories, or old figures with a different combination of old accessories. Web Force was no exception to this. It contained four figures rehashed from various Marvel related lines, and crammed them into a bubble packaging with as many accessories as they could fit in.

The series featured two variations of Spider-Man, one variation of Lizard, and a random Daredevil thrown in for good measure. To add that extra "oomph" to the series, each character was given a ridiculously long name. 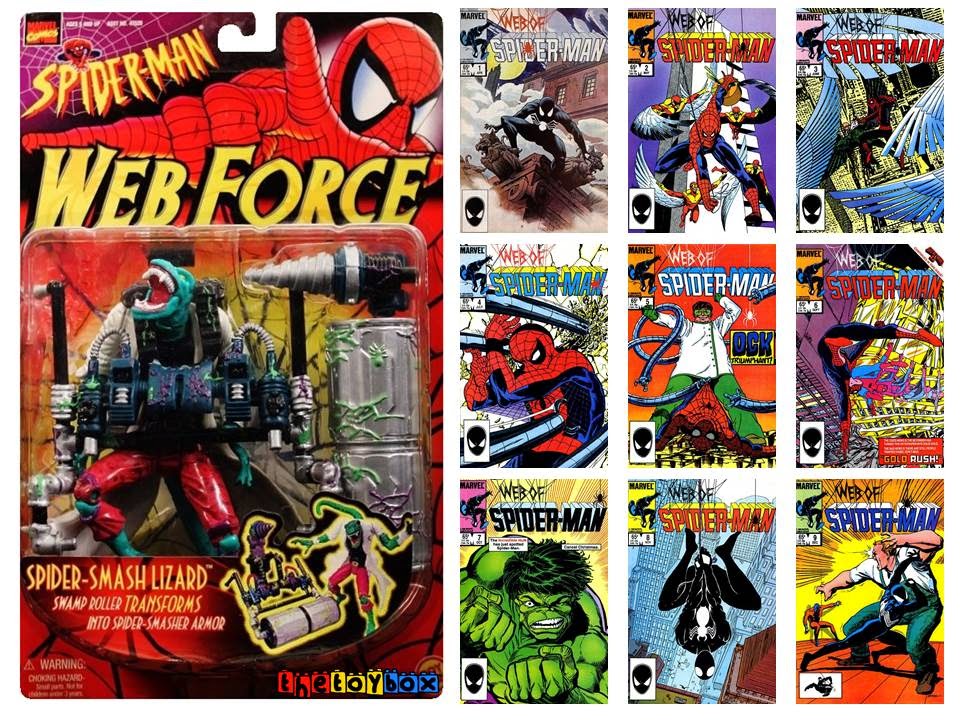 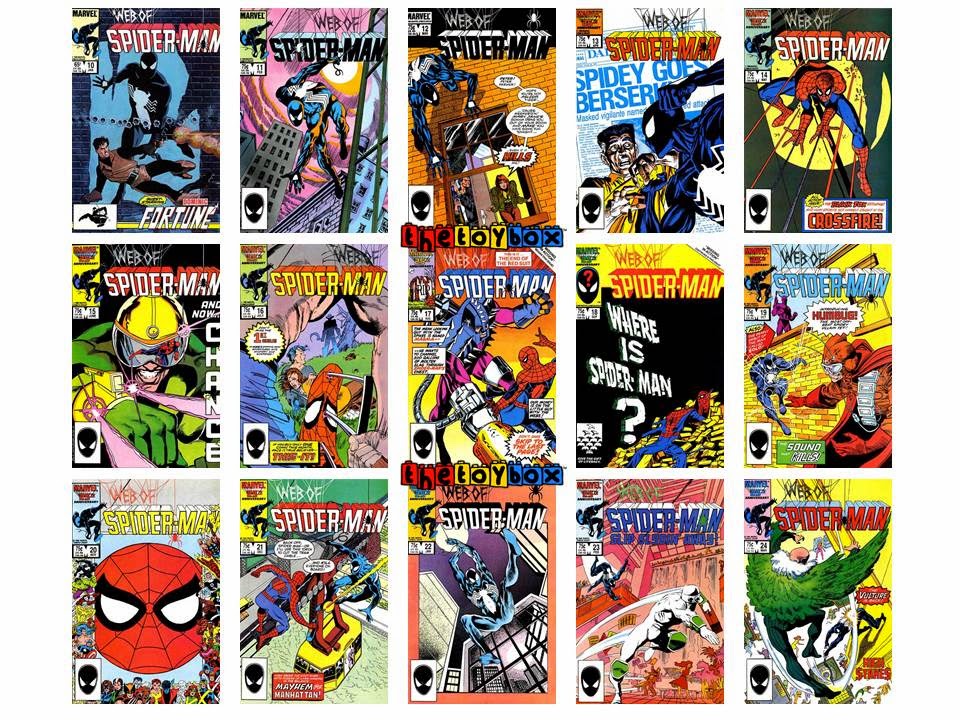 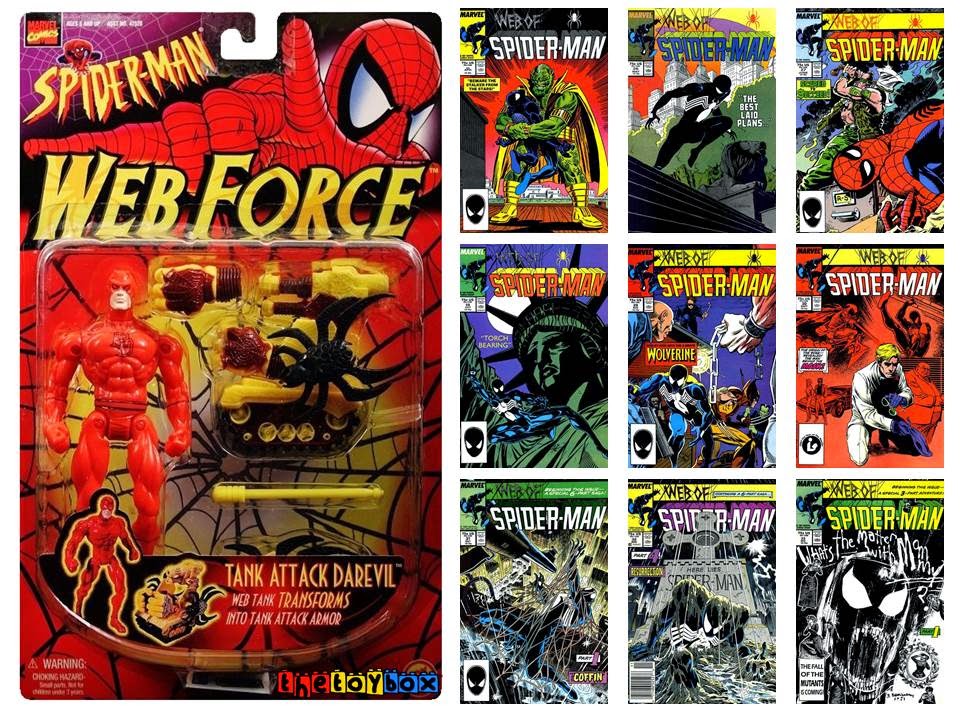 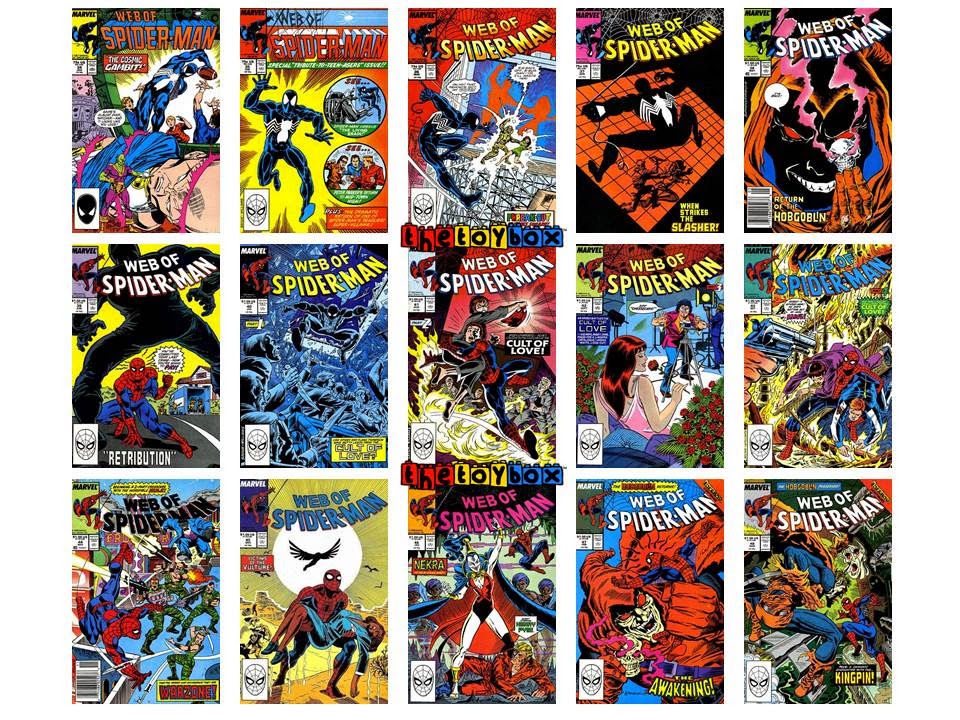 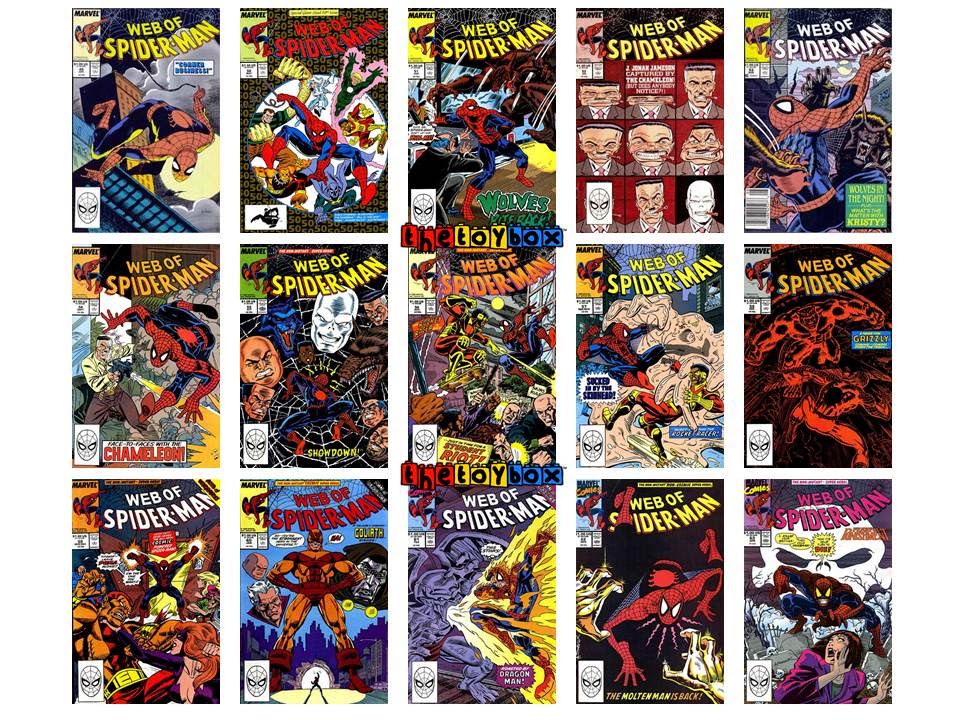 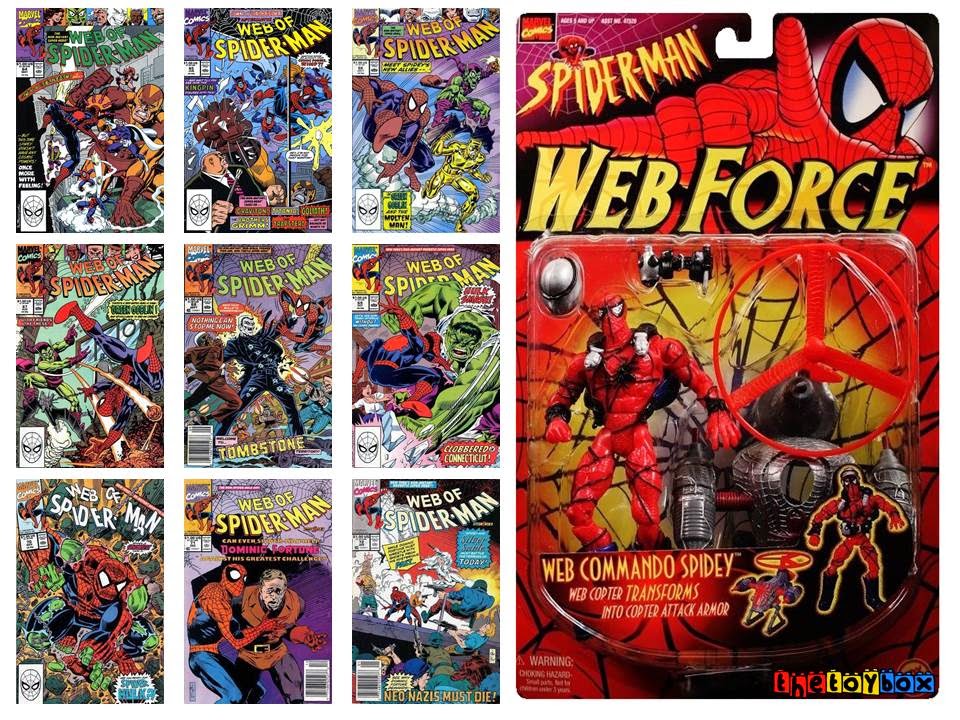 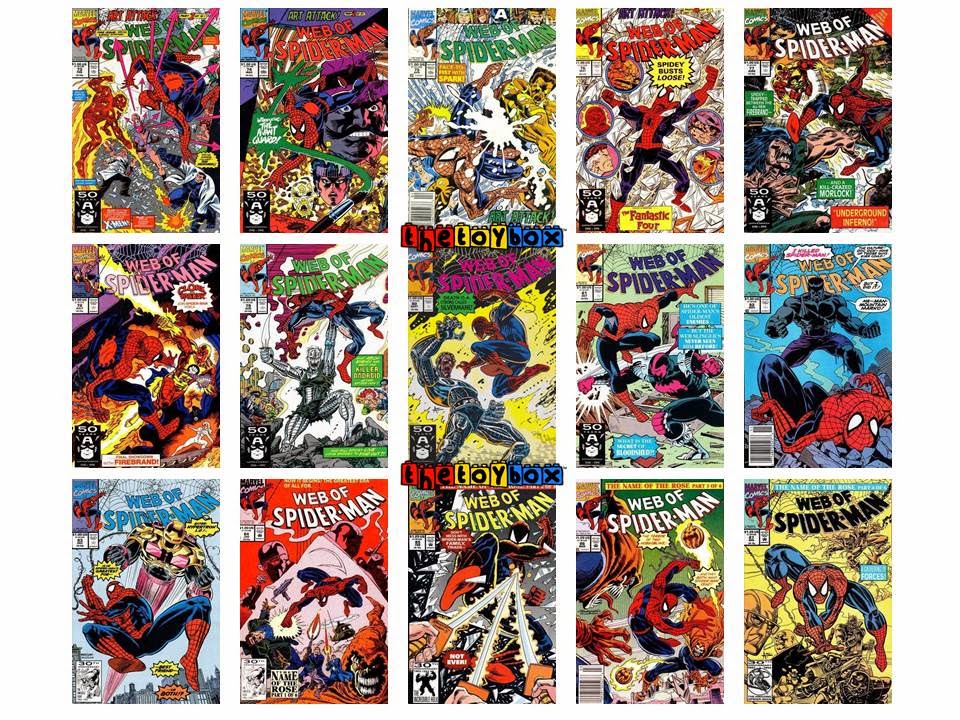 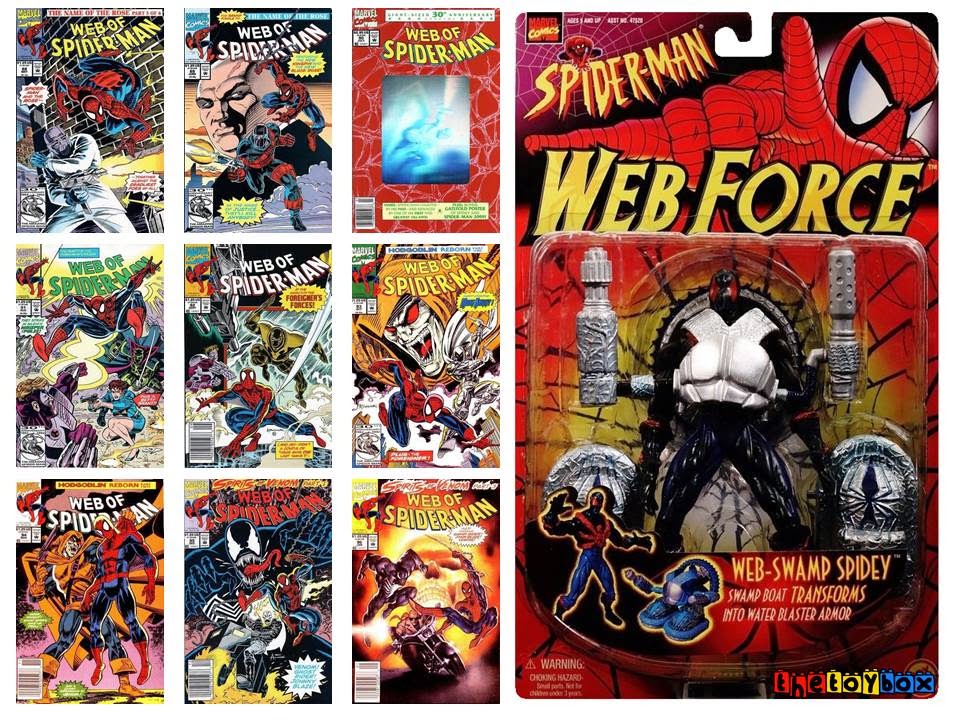 If you haven't been focusing on the photos, then you've missed that we've also incorporated the Marvel Comics series, Web of Spider-Man. Personally this was one of our favorite Spider-Man series until they started messing with crossover issues that forced you to read multiple Spider-Man titles just to get the complete story. 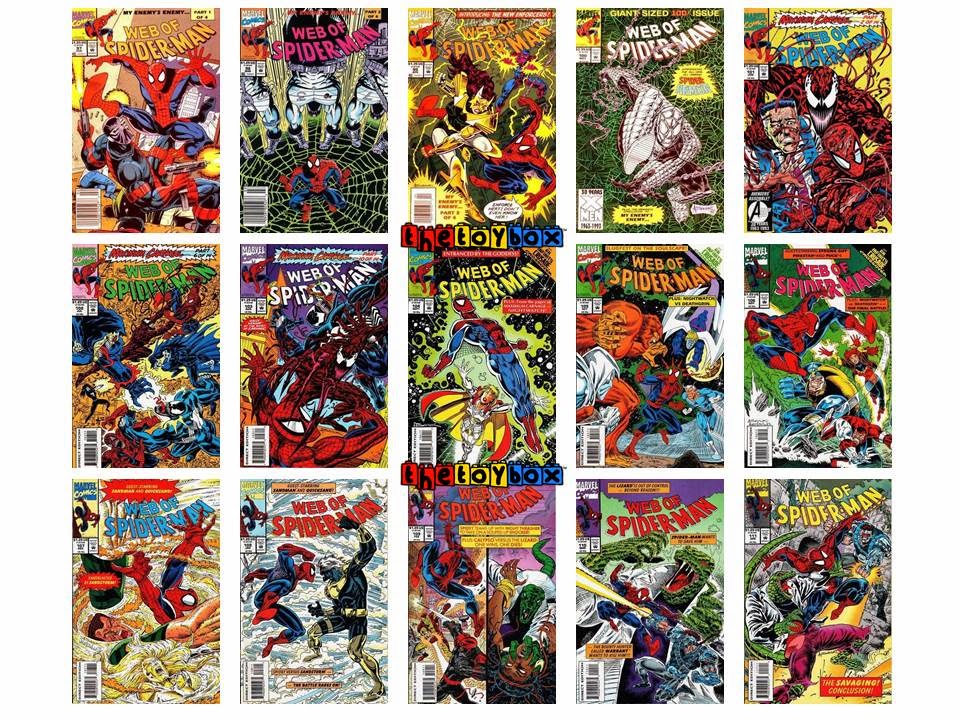 Speaking solely from personal opinion, the stories contained in the pages of the series just felt more thought out, and often times featured appearances from characters that the main series (The Amazing Spider-Man) wouldn't bother with. There were also several milestone moments which included the return of the Hobgoblin, Spider-Man appearing for the first time in his Spider-Armor suit, and the reunion with Gwen Stacy (to name a few). 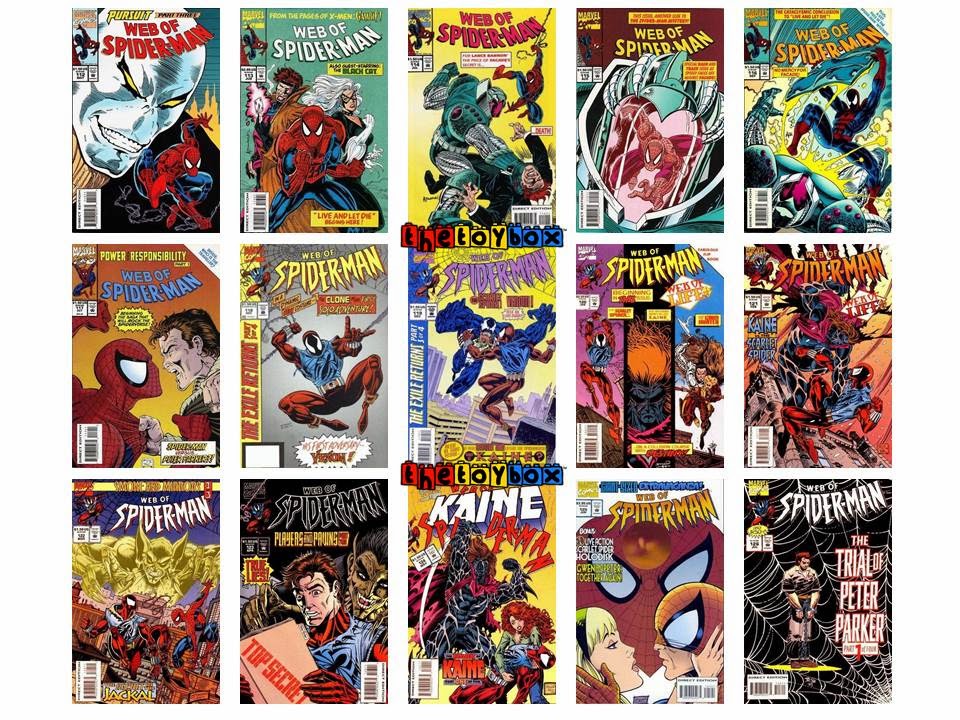 The final issue, number 129, was the first and only time that the series produced a variant cover. A total of three were published. The two variant covers are distinguishable by their numbers, respectively 129.1 and 129.2. 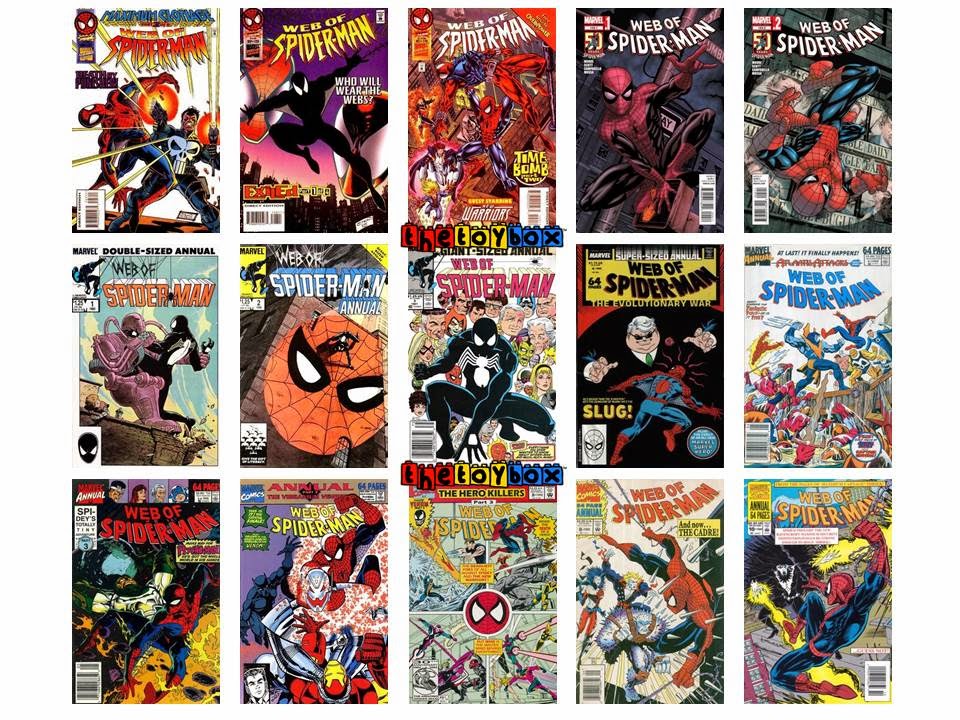 Join us next time when we take a look at Elvira - Mistress of the Dark!


Click "HERE" to go back to the home page. For more posts related to this one, please click the labels below.
Posted by The Toy Box on April 06, 2015
Email ThisBlogThis!Share to TwitterShare to FacebookShare to Pinterest
Labels: 1980's, 1990's, 2000's, 2010's, Comic Book Toys, Comic Books, Marvel Comics, Spider-Man, Toy Biz, Web Force, Web of Spider-Man