Cassandra Peterson, known as her TV persona of Elvira - Mistress of the Dark was born and raised in Manhattan, Kansas. While all the other girls around her were facinated with Barbie dolls and skipping rope, young Cassandra was more so interested in all things horror themed.

Though she started her career in Las Vegas as a showgirl, things changed for the would be star in 1981. Six years after the death of Larry Vincent, who starred in the late night horror show, Fright Night, producers took an interest in revitalizing the show. With the decision to cast a female host, the call went out for auditions. Peterson had developed the Elvira character in her acts, and quickly caught the attention of producers with her low cut, tight fitting dress. It certainly didn't hurt that she was also well endowed.

When the show launched, the female host, Elvira - Mistress of the Dark soared from B movie horror flick host to a persona all of its own. Soon she was starring in films based on the character, and making guest appearances on other notable television shows.

In 1999, Figures Toy Company procured the rights to develop a line of action figures based on Ms. Peterson and her character Elvira. Two versions were produced as well as two glow in the dark mail away variant editions. 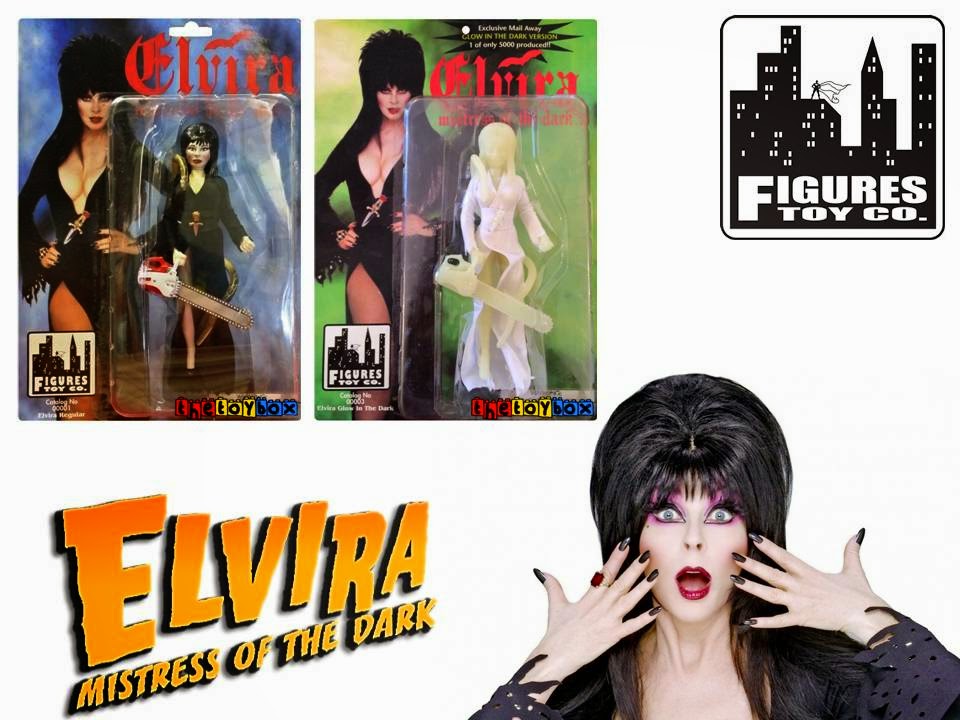 The first figure produced depicts the character with a chainsaw on a blue card back. The second showcased her with a broom, witches hat and was on a red card back. As mentioned above, both figures had a limited run of glow in the dark variants. These figures were only available as a mail away promotion directly from Figures Toy Company, and were each limited to 5,000. 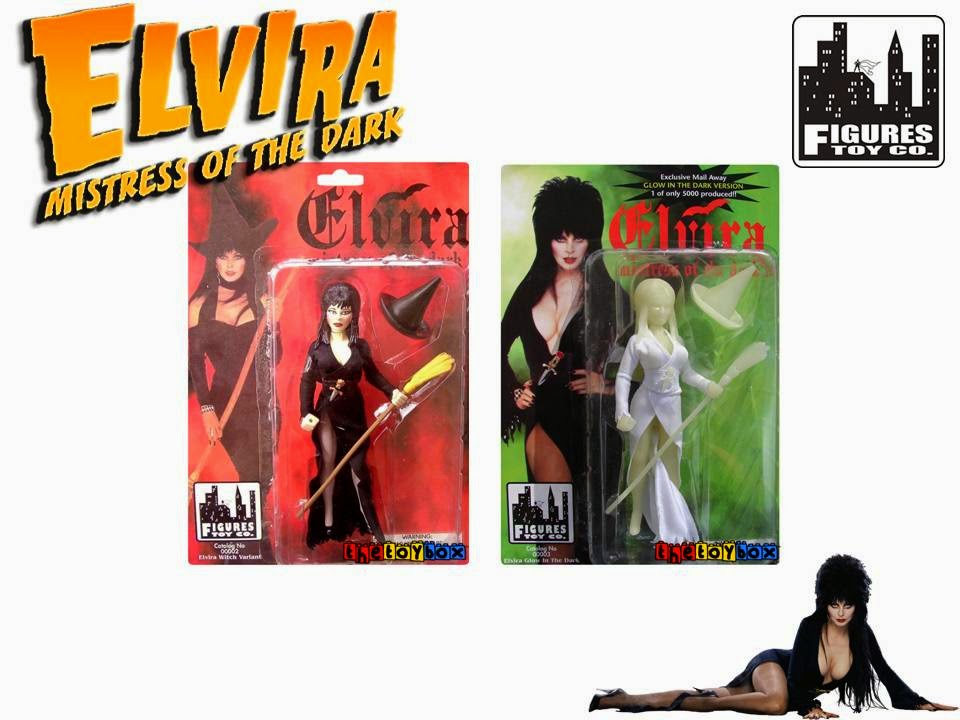 These days, you can find Elvira playing host to numerous comic conventions such as Comickaze which she has also become a backing investor of. She is referred to as "The Mistress of the Board" by other staff.

Join us next time when we take a look at World's Greatest Super Pirates!


Click "HERE" to go back to the home page. For more posts related to this one, please click the labels below.
Posted by The Toy Box on April 09, 2015
Email ThisBlogThis!Share to TwitterShare to FacebookShare to Pinterest
Labels: 1990's, Cassandra Peterson, Elvira, Elvira Mistress of the Dark, Figures Toy Company, Mistress of the Dark