Ever since Robert Downey Jr. dawned the Iron Man suit for the big screen, the character has gone from popular Marvel character to iconic superhero status. Even we didn't realize how much we liked the character before the films took us by storm...Well, the first one anyway.

Iron Man first appeared in Marvel Comics Tales of Suspense issue thirty-nine in 1963. The character starred in thirteen to eighteen page shorts throughout the remainder of the series, while the remainder of the books followed their typical motif of generic science fiction stories.

It wouldn't be until May of 1968 that Iron Man would be the star of his own series, The Invincible Iron Man which ran for 332 through 1996. This series encompasses what is known among collectors as Volume One of the series. Since then, Marvel has learned the value of rebooting their series in numerous volumes, and has done so with Iron Man six times to date (I.E. the series is up to Volume Six).

They do this because while the original stories remain iconic to the character, the scarce nature of the books and high prices associated with vintage copies make them unobtainable to most comic book readers. Periodically rebooting the series allows for new readers to easily jump in, while at the same time also gives the publisher an opportunity to tweak things that weren't working as well as they hoped.

During the last couple years of the volume one comic series, Toy Biz tipped a metal helmeted hat to the series by producing some of the best superhero based figures to date. Yes, you will find a lot of variations of Iron Man in the series, but in that regard, Tony Stark had several Iron Man suits. In other words, it was more realistic to see Iron Man with Hydro Armor than it would be to see say someone like Spider-Man with said armor.

Well, wait a minute, you say. If this is an Iron Man line, why is their no Whiplash figure? Ah, great question. Let us dig into our bag of comic book wisdom for that answer. The first Whiplash, Mark Scarlotti, also went by the name Blacklash, and as you can see, that figure is present and accounted for in series one. 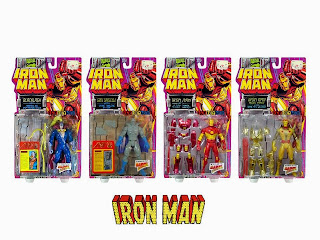 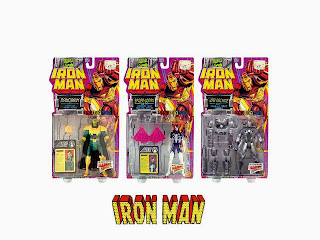 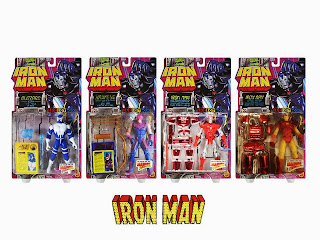 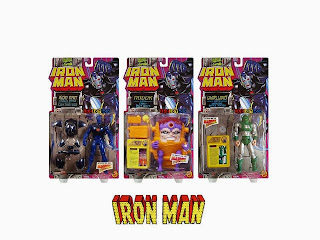 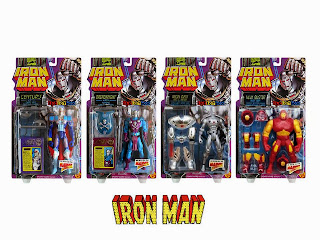 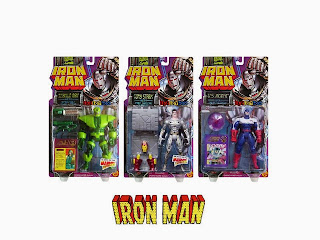 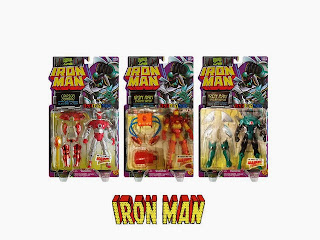 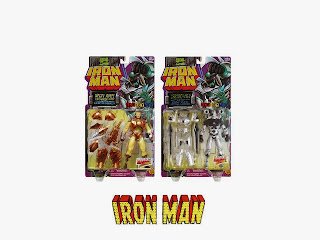 One of the most unique items to come from the series are the dragons. At the time, if you wanted these characters, this was the only way you were getting them, and fans were much appreciative to have them. 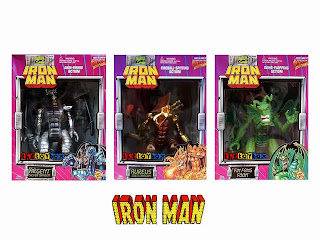 Join us next time when we take a look at Inspector Gadget!

Click "HERE" to go back to the home page. For more posts related to this one, please click the labels below.
Posted by The Toy Box on April 24, 2014
Email ThisBlogThis!Share to TwitterShare to FacebookShare to Pinterest
Labels: 1990's, Iron Man, Toy Biz