Before Disney got its hands on it, Inspector Gadget was an awesome cartoon character who was voiced by the incredibly funny, Mr. Don Adams (Get Smart). The original series which ran for two seasons encompassed eighty-six episodes, making it the first syndicated show for DIC Entertainment.

Despite his numerous gadgets which leave him well equipped for just about anything, Gadget's incompetence often times sees him foiling the plans of M.A.D. lead by the evil Dr. Claw by mistake. This is all helped by his niece Penny who often times will catch on to the true nature of the case while her dog Brain gets chased by Gadget who mistakes him in disguise as a M.A.D. agent.

The original pilot episode of Inspector Gadget had the character with a big brown bushy mustache. This was removed by the time the first episode hit the air.

Despite running from 1983 to 1986, not too many toys, if any, were produced based on the character until 1992 when Tiger, the company more so known for handheld video games, decided to try their hand at the series.

The majority of the figures released were variations of the inspector himself. This was probably because their really isn't all that elaborate a cast in the series. With the exception of the Chief, all the key players were present.

During the entire run of the cartoon series, you never saw the face of Dr. Claw. It wouldn't be until the figure was produced that fans would finally see what he looked like.

While the figure of Dr. Claw with the "mystery" cardboard over his face is more appealing to fans, the ones produced without the obstruction are far more scarce. 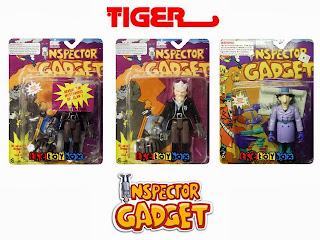 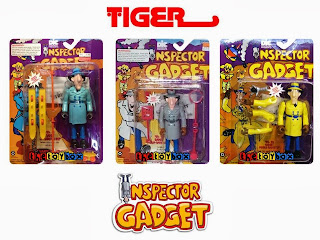 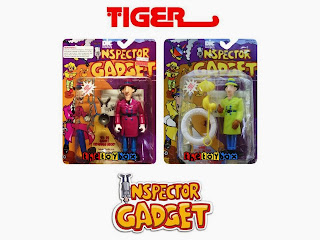 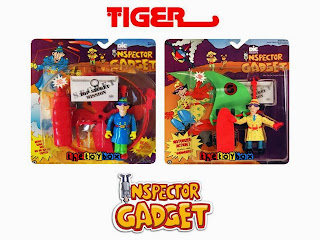 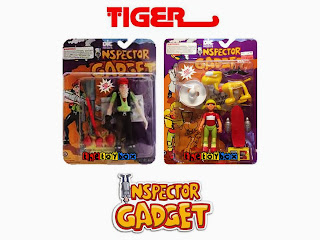 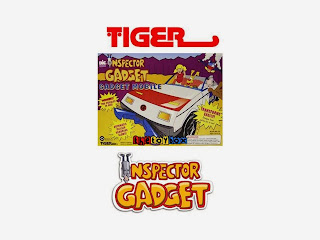 Join us next time when we take a look at The Goon!

Click "HERE" to go back to the home page. For more posts related to this one, please click the labels below.
Posted by The Toy Box on April 28, 2014
Email ThisBlogThis!Share to TwitterShare to FacebookShare to Pinterest
Labels: 1990's, Inspector Gadget, Tiger