Poor Toni Basil. She, among others, ushered in the 80's with her massive hit, Mickey. The song itself shaped and molded the things to become in the decade, and to look back in retrospect, one would be amiss to say it was anything short of iconic to the era.

Toni released two albums in the 80's. Her first, Word Of Mouth (1981), features the aforementioned track, Mickey, while her second self titled, and today's Retro Spin, didn't fair as well. From there, Basil wold seem to disappear into obscurity. Even when CD's and re-issuing became a hot commodity, her two albums remained only available on cassette and vinyl.

So what happened to her? How did she fade into obscurity seemingly overnight?

To cut to the chase, she's still remains active in the music industry, and did so throughout the 80's. When she stepped out of the limelight, Basil focused on directing music videos, most notably for Talking Heads. Additionally, she choreographed shows for acts such as, David Bowie, Tina Turner and Bette Midler. While Toni has returned to the stage, her own concerts are relatively small. 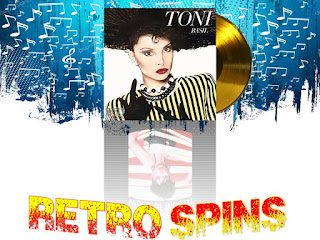 After hearing 1983's self titled album, I can't help but think she made the right move in her career. I won't call her a dud, but in terms of her music, it just doesn't stick. Nothing really comes through as top ten material, or even relatively memorable. Then again, if I'm being truthful, Mickey isn't necessarily one of my favorites from the 80's either.

The first track, Over My Head, is probably the only thing which really stood out for me on the album, and even then, it's just okay.

Overall, I do still feel it's a massive shame both of her albums never got individual CD releases. Despite my personal feelings, Mickey was a massive hit and deserves a proper CD release, versus the many compilations it gets thrown on time and time again. If for nothing else, to preserve these two albums as a whole for the future.

Click "HERE" to go back to the home page. For more posts related to this one, please click the labels below.
Posted by The Toy Box on December 06, 2022
Email ThisBlogThis!Share to TwitterShare to FacebookShare to Pinterest
Labels: 1983, 80's Album Review, 80's Music, 80's Music Review, Music of the 80's, Retro Spins, Toni Basil