August of 1987 was a bad month for kids merchandise tie in movies. Though I have an affinity for the Dolph Lundgren Masters Of The Universe film, I can openly admit that it's widely panned as one of the worst films of all time. However, many kids who rushed to theaters on August 7th, 1987 to see He-Man may have just been getting over it's sting when August 21st rolled around, and with it, the premier of the film based on one of Topps most popular non-sports card series. I'm of course talking about The Garbage Pail Kids Movie. 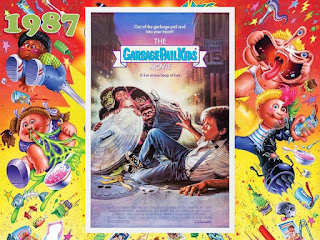 When it launched, the film was released in very few theaters across the USA. So few that the movie cinema in my neck of Bend, Oregon, didn't even have it. Considering how poorly the film ultimately performed, this may not have been a bad thing.

Critics were quick to pan the film, calling it, "The dumbest film of all times," and articles spread across local newspapers professing how bad it was. One critic, Harper Barnes of the St. Louis Post-Distpatch, even regales in his write up how the kids watching the film in the same showing he saw mocked the film, making comments about how dumb it was.

Though I can't find anything to confirm this, the word around my school playground at the time was that the film was yanked from theaters in just two weeks. Though it sounds feasible, in hindsight I"m not sure of the validity on that one. Like I said, the movie never even came to our movie theater. So how would any of us have known?

Before people could find out how bad the film was touted as, a special collector's edition magazine was released. Within its pages were a slew of photographs from the movie, as well as articles going behind the scenes, pin-ups and posters. 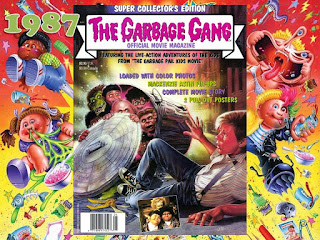 Despite its floundering in the theaters, The Garbage Pail Kids Movie eventually made its was to VHS. It's interesting to note that the film never got released on Laserdisc, the highly popular competitor during the home video wars. 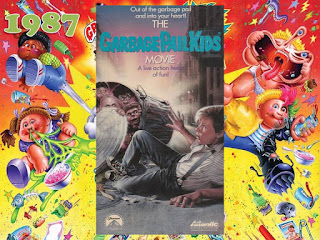 In conjunction with the limited theatrical run and VHS, The Garbage Pail Kids Movie quickly garnered a strong cult following. It became one of those movies that people wanted to love because of how great the cards were, but at the same time, it served as a fantastic film for any bad movie night.

To coincide with the film's release, Curb Records released a full soundtrack on both vinyl and cassette. Though it's not a memorable album, in terms of people knowing it was even released, 80's aficionados have commented that, for the most part, it's a solid listening session. Most will also tell you to avoid the final track, "Working With Each Other," at all costs. 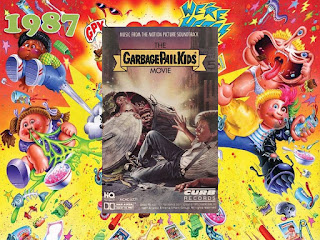 The album is relatively scarce these days, making it not only difficult to find, but also rather expensive. I've never seen the cassette version in the wild, and a vinyl copy can easily set you back a hundred dollars.

In addition to the full soundtrack, Curb Records also released a forty-five vinyl featuring the two tracks people site as the worst from the album; "You Can Be A Garbage Pail Kid" (Side A), and "Working With Each Other," (Side B). 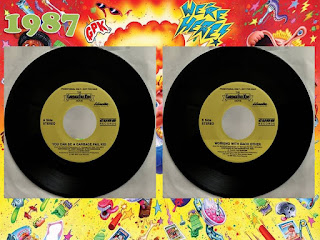 The Garbage Pail Kids Movie eventually made its way to a DVD release in 2005. It's budget friendly price didn't help it to sell well, and copies were quickly shuffled to five dollar bins. These days, it can still be found for a relatively low price. While the film was showcased in a widescreen format, there were no special features included on the disc. 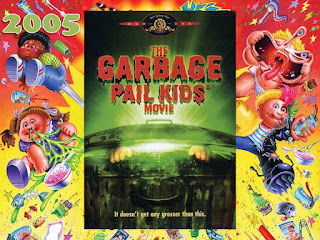 The film was re-released on DVD in 2012. It appears to be nothing more than a repackaging of the exact same DVD released in 2005. 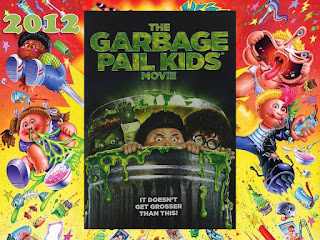 With a resurgence of The Garbage Pail Kids trading cards, including numerous new series, it was only natural that a rekindled interest in the cards would transfer to a desire for the film, which was released on Blu-Ray in 2015. This time around, the film not only featured a widescreen transfer, but theatrical trailer and all new interviews with the cast and crew. 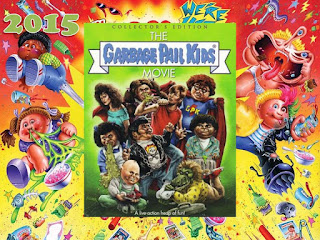 Despite missing it in theaters, I would eventually get my chance to see the film. Though I don't honestly remember when exactly it was, I can say it was either a VHS rental back in the late 80's, or when it hit one of the many channels of my dad's satellite dish. It was bad, and that's putting it lightly.

Though you would think that all things Garbage Pail Kids would have come crashing down around the 1987 film, it's interesting to note that a short lived animated series was also in the work, and scheduled to air as a Saturday morning cartoon in September. However, due to controversy to the the brand, the series was ultimately cancelled in the USA before airing. All thirteen episodes were eventually released on DVD in 2006. 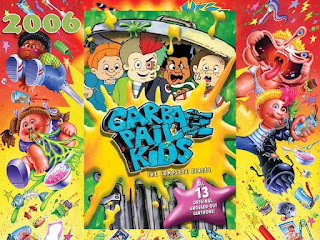 In a retrospective viewing of the show, it's actually not bad, as far as a cartoon series from the 80's go. It's not mind blowing, or necessarily memorable, but it's okay.

A reboot film was initially talked about in 2012 by the Tornante Company, but was quickly abandoned in July of 2013 when it was reported that there was a negative reception to it. Since then, the concept has been confined to trading card sets, which continue to thrive among GPK enthusiasts.