As someone who is very familiar with the hits of The Cars, I wanted to delve into them deeper. Specifically, I wanted to hear things I didn't know, and see just what the group had in the repertoire of tracks. Because I own all of their albums, this was not difficult to do, beyond selecting which album to choose.

As I scanned the back of their 1980 released Panorama, I immediately noticed I didn't know any of the songs listed. As such, it instantly became the album I wanted to hear because I felt it would fit the bill perfectly for what I was looking for. 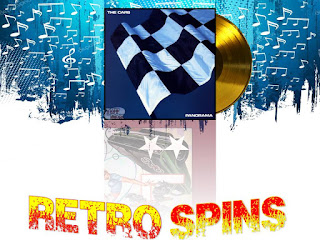 The first thing I noticed when firing it up was that it was very unique in its sound. While it was definitely The Cars, it wasn't mainstream by any means. It did manage to hit the charts at number eighty with Touch And Go. However, the song only went to number thirty-seven, and there were no other tracks from the record which charted.

Though the sound was unique, I actually ended up tuning it out around the halfway point. It wasn't until the final few songs that I remembered I had something on in the background. As a result, there were actually only two songs which I pulled for my shuffle list, Touch And Go and Up And Down.

Overall, I guess I can't really form an opinion since I really didn't pay attention to Panorama as a whole. However, did this happen because the reality of it was the album just wasn't that good to hold my attention? I may need to listen to this one again to find out.

Click "HERE" to go back to the home page. For more posts related to this one, please click the labels below.
Posted by The Toy Box on February 08, 2022
Email ThisBlogThis!Share to TwitterShare to FacebookShare to Pinterest
Labels: 1980, 80's Album Review, 80's Music, 80's Music Review, Music of the 80's, Panorama, Retro Spins, The Cars