Hello, hello, and welcome to the 2nd post featured at The Toy Box in celebration of Masters of the Universe Day.

Okay, so this one isn't necessarily merchandise related...Or well, related at all unless you're the kind of person that appreciates the creative imagination of others. What I'd like to share with you are the characters I created quite some time ago when playing Diablo III on pretty much a daily basis.

First and foremost, when playing any game, it's great if you can relate to the character(s). This not only draws you into the story, but makes you actually care about what's happening to them. It's even better when you can create and develop said character from start to finish, fine tuning minute details from facial features to clothing to weapons, etc., making the character 100% your own.

When I began playing through Diablo III, I wanted to do just that - Make characters I cared about. What better way than to pick a concept I was already very familiar with, and cared deeply for. If you haven't guessed it, that would be Masters of the Universe.

I created six different characters, utilizing the customization available for all six types of classes. 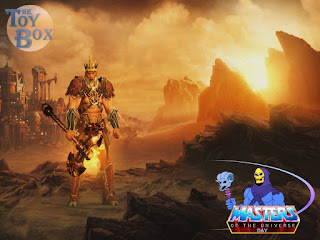 I actually named the character Grayskull as opposed to He-Man, and went with a much older looking model. Of course, Barbarian was the best choice for this because it allowed me the very best clothing type for He-Man - Which let's be honest, isn't much.

Yes, I know that He-Man's only weapon in the show was his Power Sword, buy I wanted to go with the large battle axe look - As sort of a nod towards that long lost accessory that came packed in with the vintage figure.

Of course you can't have an aged He-Man, and not put a crown on his head - The ultimate nod to the Masters of the Universe Classics figure, King Grayskull. 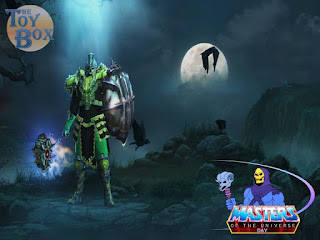 The Crusader was the perfect starting point for a Man-At-Arms character. It allowed the bulky armor that the character is iconic for wearing, while also giving me the traditional mace style weapon that the vintage figure came with.

Did he need a giant shield? Probably not, but man does it look awesome in his hand.

One of the best aspects about creating a character in Diablo III is that there are many different types of dyes available for you to use (at a cost of course). This made nailing the vibrant green and yellow colors that make Man-At-Arms really easy to accomplish.

This character was definitely one of the ones I was pleased with the most. 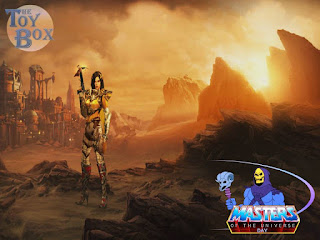 You can't make Man-At-Arms, and then snub Teela. She was a clear presence in the show, and I wanted to make sure she got her equal chance at being a character in my game.

Teela got a bit of an update in terms of the style that the character traditionally is seen. I went with a nice gold color, and subtle armor. The Demon Hunter was the perfect overlay for all of this.

Unfortunately the down side to using the Demon Hunter as the "shell" is that you're limited to crossbows or bow and arrows. At the end of the day while it doesn't match any weapon we've seen Teela using before, it works in conjunction with my version of her.

Out of all the characters I created, Teela is actually the one I play with the most. 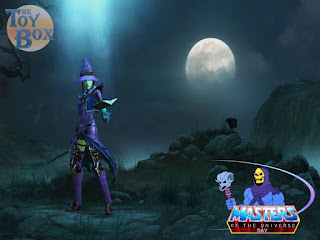 Orko was actually the first character I created in the style of He-Man, and the Wizard was the only obvious choice to use for the model. Though I initially started with a male version, he looked....well....not so masculine. Especially when the pink was brought into play. Yes I know, Orko typically wears red, but this was so "loud" when the character was decked out from head to toe that I had to pull it back a bit. Pink ended up working really well for this.

I love how the clothing options left mystery to the character - You can't see all of her face, and overall the character looks mystical. It also just looks really cool. The wand in her right hand, and the floating book in the left was perfection in my eyes. This was Orko in human form - Granted a rather deadly and destructive Orko what with the fire, ice and lightning spells that obliterate everyone in a five mile radius. 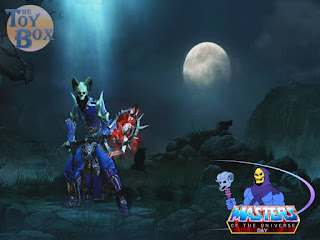 When I saw the skull helmet for the Monk, it was so obvious that this was the perfect match for Skeletor - Or as I ended up calling him, Keldor, a nod to the character's real name.

Coupled with the staff, the deep purple clothing, and overall evil presence, there is no mistaking who this character was intended to be - Ask any of the people I played on line with randomly who said, "Whoa, is that Skeletor?"

I gave the character a long black beard because it helped to showcase the illusion of a floating skull head. Without it, you could see the bottom part of the face, and this really detracted from the look I wanted to achieve.

Unfortunately spell casting for the Monk class is incredibly limited, and he's more so geared towards hand to hand combat. This is where the illusion of him being Skeletor dissipates quite substantially. Still, if you're going purely for aesthetics, the end result works well. 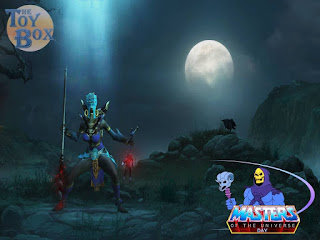 Evil-Lyn was the last character I created, and the one that out of all of them I'm most unhappy with. Does the Witch Doctor class make for a good evil sorceress? Yeah, sure...But it still doesn't capture Evil-Lyn. It still just looks like a random Witch Doctor.

I may revisit her design in the future, but for now since I don't use the character all that much it's easy to ignore her.

Truth be told, I was a little disappointed when I completed her to find I had used up all the slots available for making more characters (I already had six characters, and this was my maximum of twelve). I'm not sure why the game limits you on how many characters you have. It's my hard drive - I should be able to fill it up with as many as I want. I suppose since there are no "beast" type characters this wasn't necessarily a bad thing because there really was no way to make the likes of Beast Man, Merman, etc. Still, I wanted to try!

I don't play Diablo III much these days, but I did just recently start again. If you're up for an online run, let me know. I get a lot of enjoyment out of power leveling new players / characters, so if you have one, hit me up for a game session.

Either way, I hope you have enjoyed this look at my characters. I know they're not official MOTU characters, but I hope you still enjoyed looking at them on this, Masters of the Universe Day 2017! Drop by later this evening for a final post, which I promise will be official merchandise related.