No, this isn't an April Fool's Day gag, despite the very day chosen to publish this. Instead, this is the work of one Scott Tolleson, and his cohort, 2BitHack. It's Matt, Radar Technician as seen in the highly popular Undercover Boss sketch on Saturday Night Live.

If you haven't seen the skit in question, there's numerous sites online where you can catch it. It's mildly entertaining, but not the best we've seen from SNL - Especially in terms of Star Wars parodies. It is however worthy of a viewing for nothing else than to kill a few minutes. 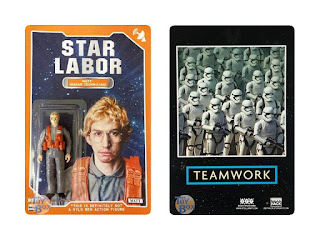 Of course, being related to Star Wars, and in such limited quantities, the figure sold out almost instantly at Stolleart.com - It also didn't hurt that the figure is just so cool in general. This of course means that those looking for this figure now are pretty much out of luck.

A few have surfaced on ebay, but if you thought the $70.00 asking price was high, try swallowing the $200.00 to $300.00 second hand sellers have gotten for the figure - Proving yet again that scalpers are douche bags. Can we say that? Well, we did.

The duo followed up their successful iteration of Matt, Radar Technician with Tim, Stormtrooper 501st Legion. Much like Matt, the figure was limited to a run of 30, and once again priced at $70.00 plus $10.00 shipping. This figure also sold out instantly. 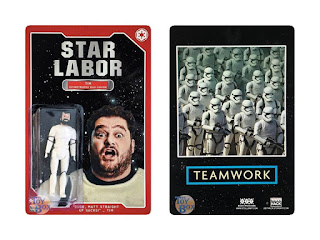 Because Tim was just "released" as of March 25, 2016, it's difficult to say at this time if he will follow suit on ebay with second hand dealers jacking the price sky high. Hopefully this time around the people that actually wanted the figure got one. If not, we suspect a repeat of Matt, Radar Technician - And sadly, someone will pay the asking price - Much like they have with Matt.

At the end of the day, this isn't the first custom Matt, Radar Technician figure that fans have created, and subsequently sold. We've seen two other versions - One on a The Force Awakens cardback, and another version in the Black Series packaging. We're sure many more will come. Until then, this one is definitely our personal favorite due to the extra attention to detail that went into not only the figure, but the custom cardback.

Disclaimer - Images are the property of Scott Tolleson and 2BitHack. Used with permission. Image clean up and layout by The Toy Box.