With the Marvel engine gearing up for an Avenger's romping back in 2012, Disney was working furiously to release a film on each major character that would lead into the team's formation. Thus, Thor was released in 2011 as one such film.

We'll spare you the details of our personal opinion of it - Suffice to say we didn't enjoy it at all.

With its Marvel Universe line taking toy isles by storm, Hasbro upped the ante by adding a small wave of figures based on Thor which were more movie accurate in sculpt and design.

What seemed to hurt the line in the long run was the rehash of figures with different paint schemes. Out of the twenty figures which encompassed four waves, seven alone were variants of Thor. In addition to that, three figures were dedicated to Loki, and two to Odin. This left very little room in the line for other characters to be developed. 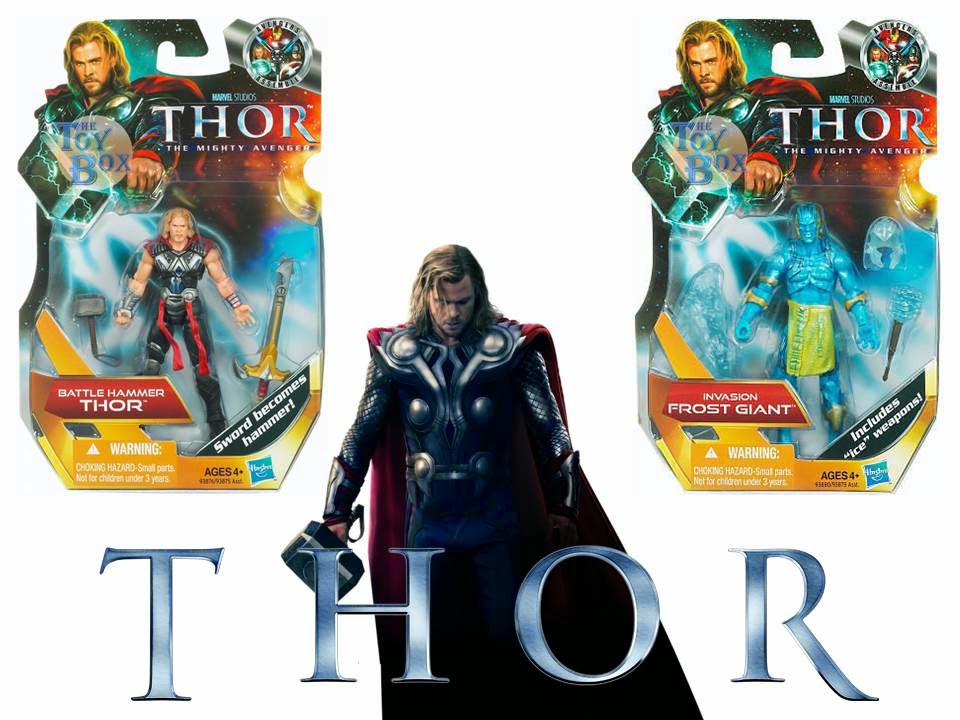 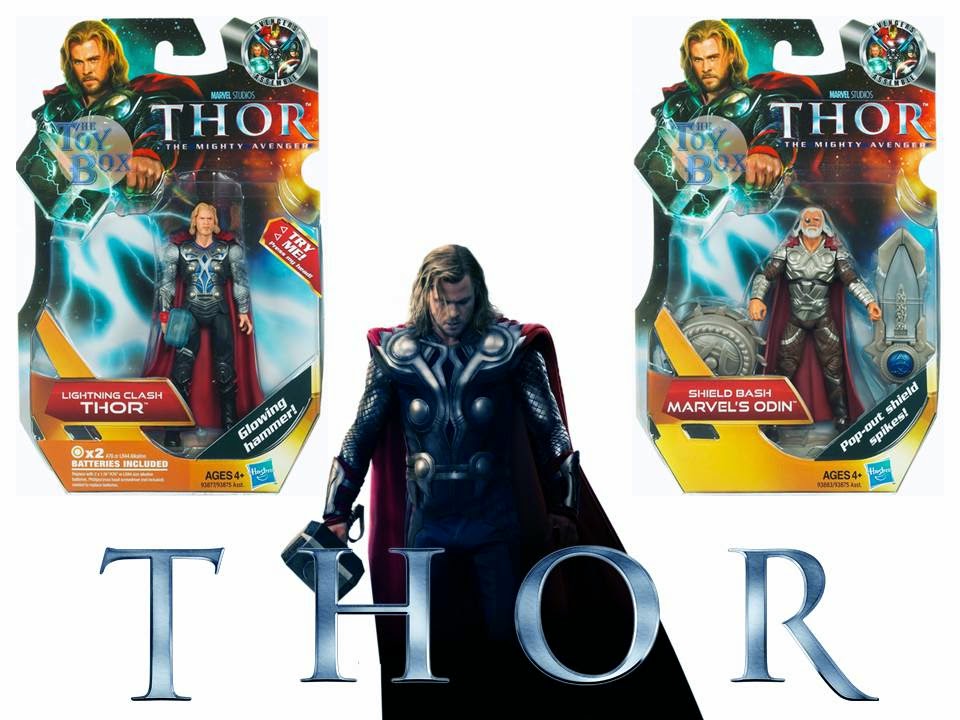 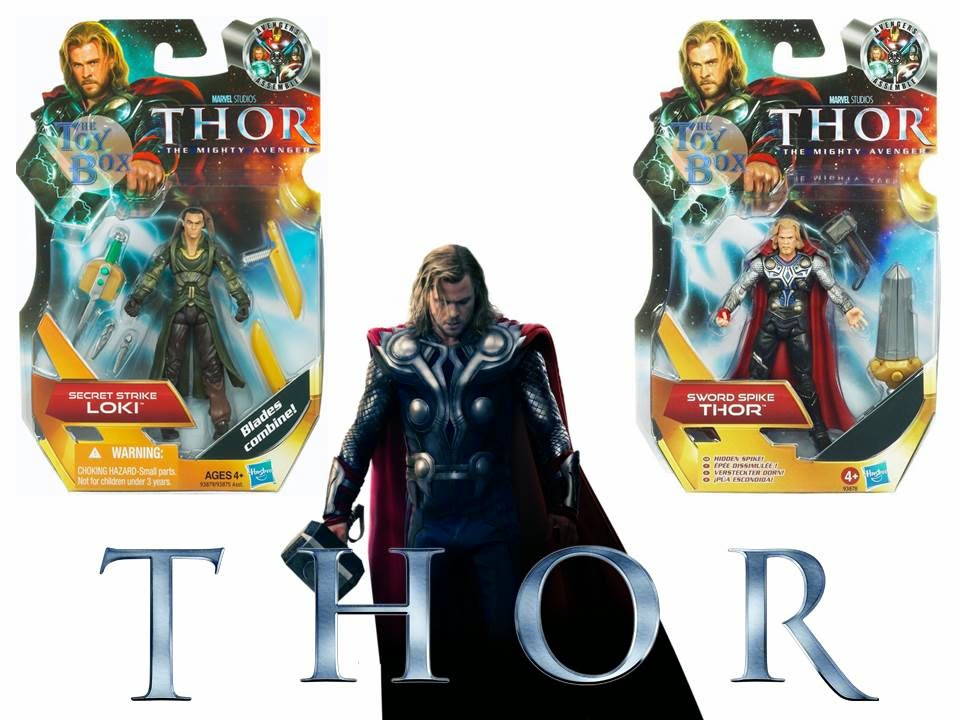 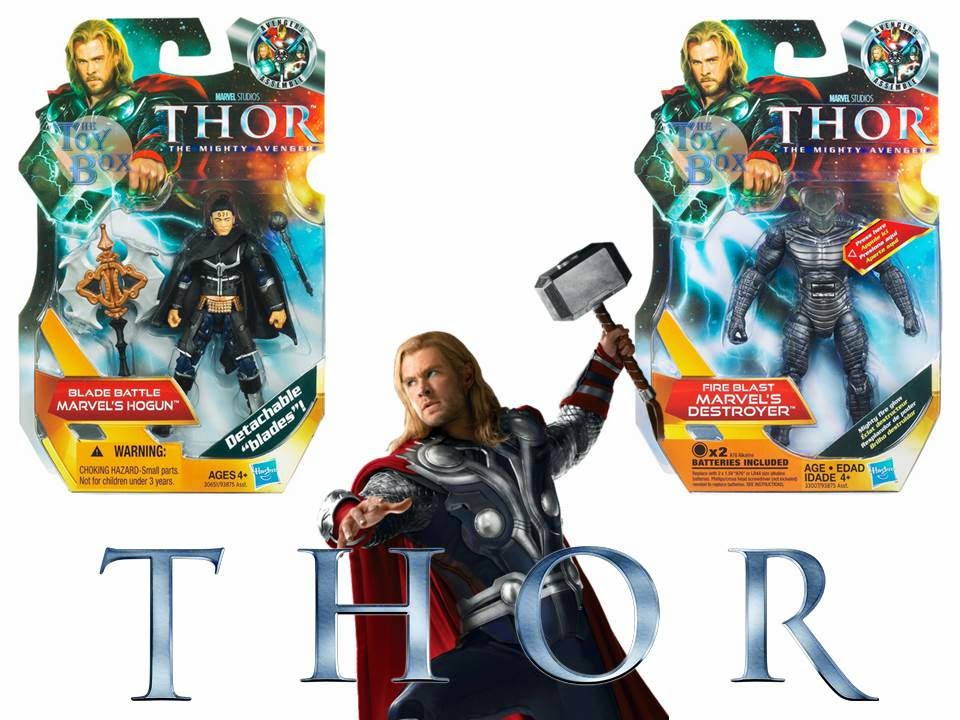 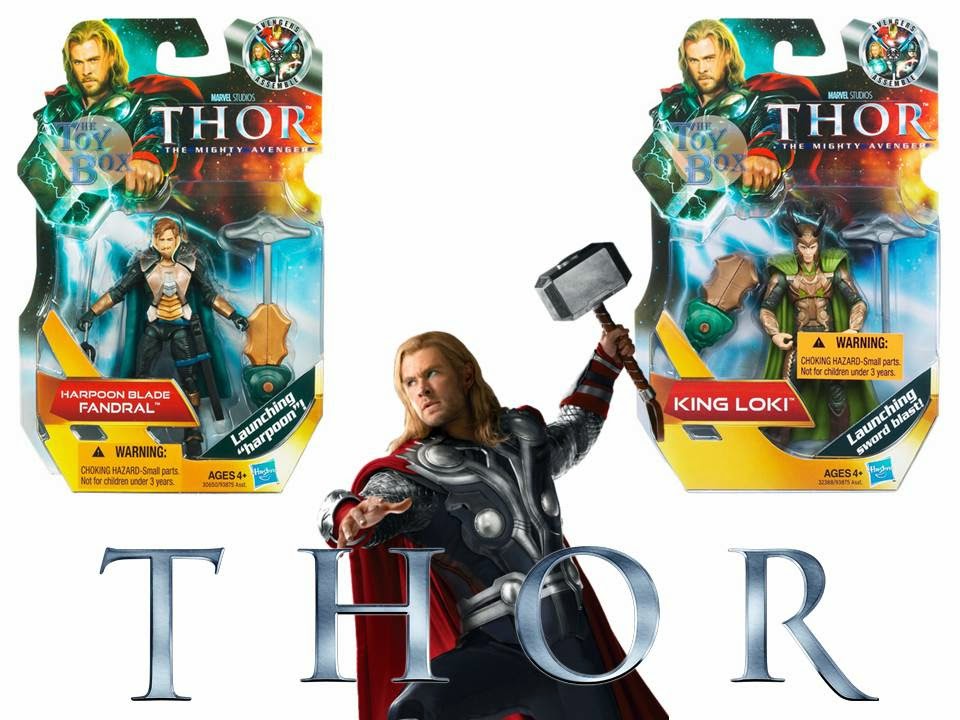 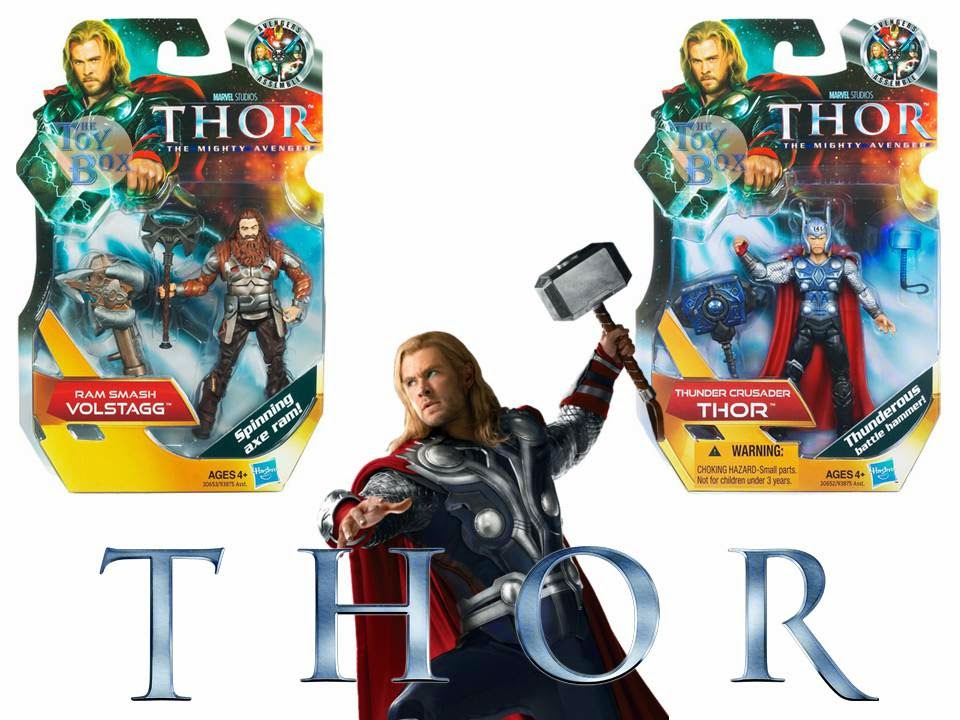 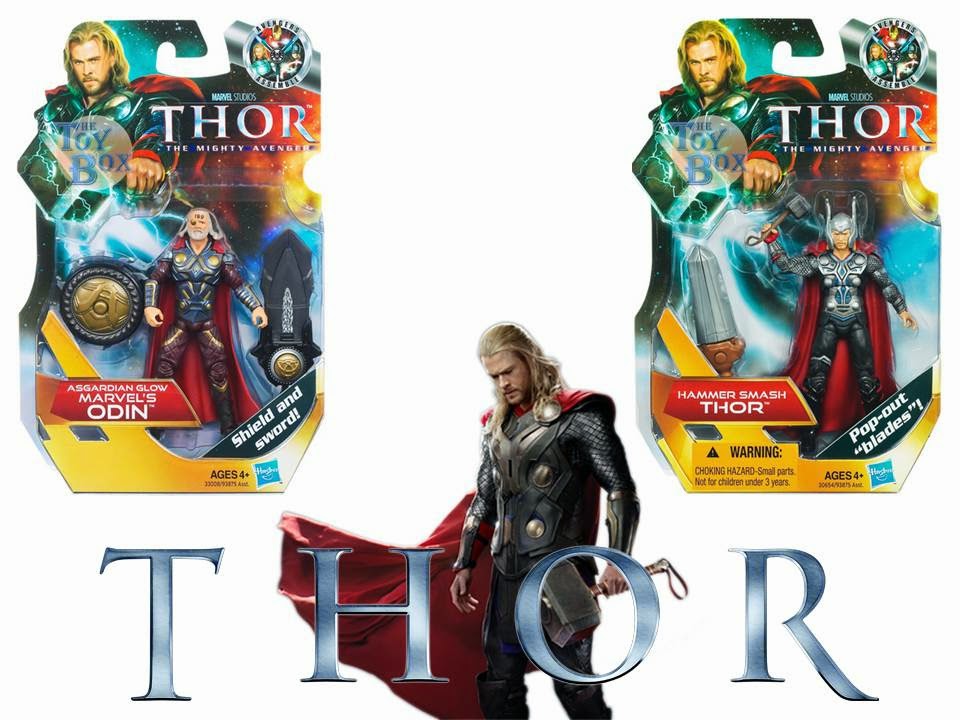 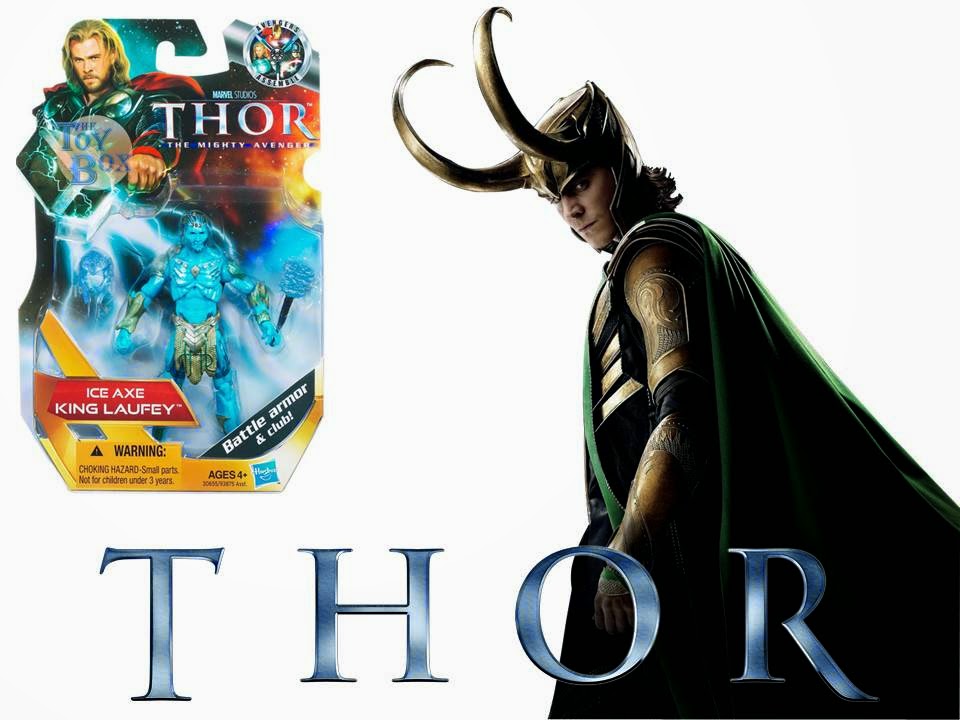 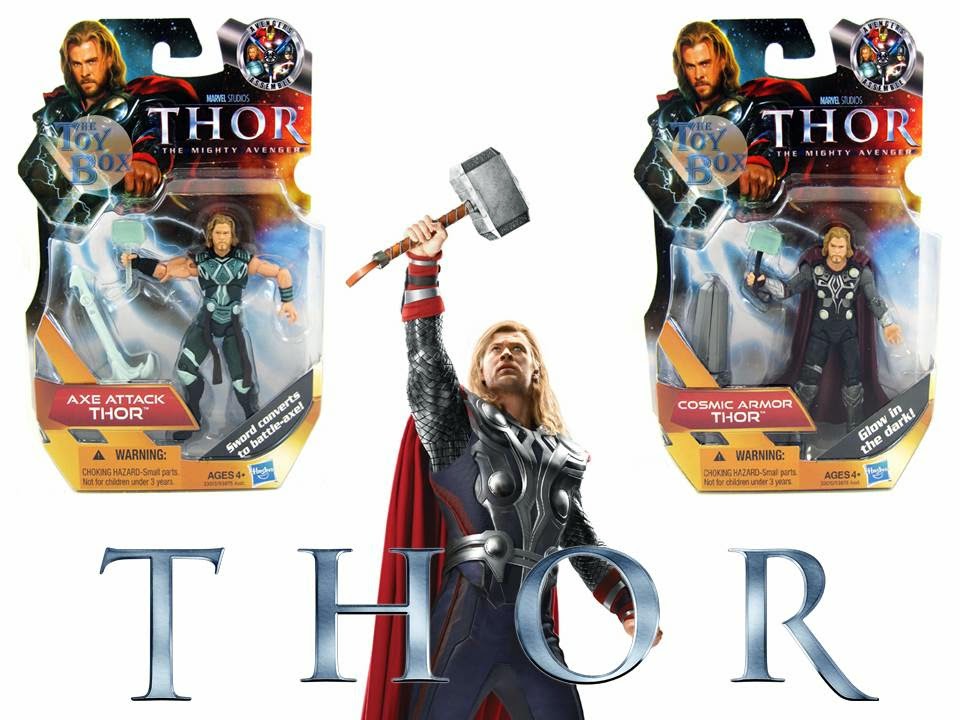 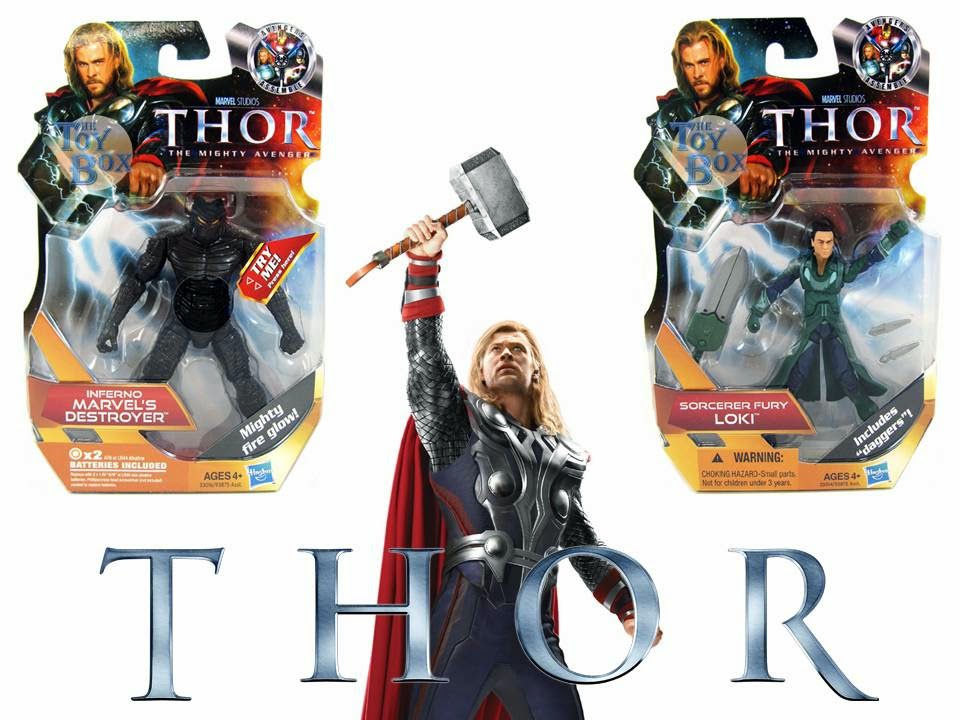 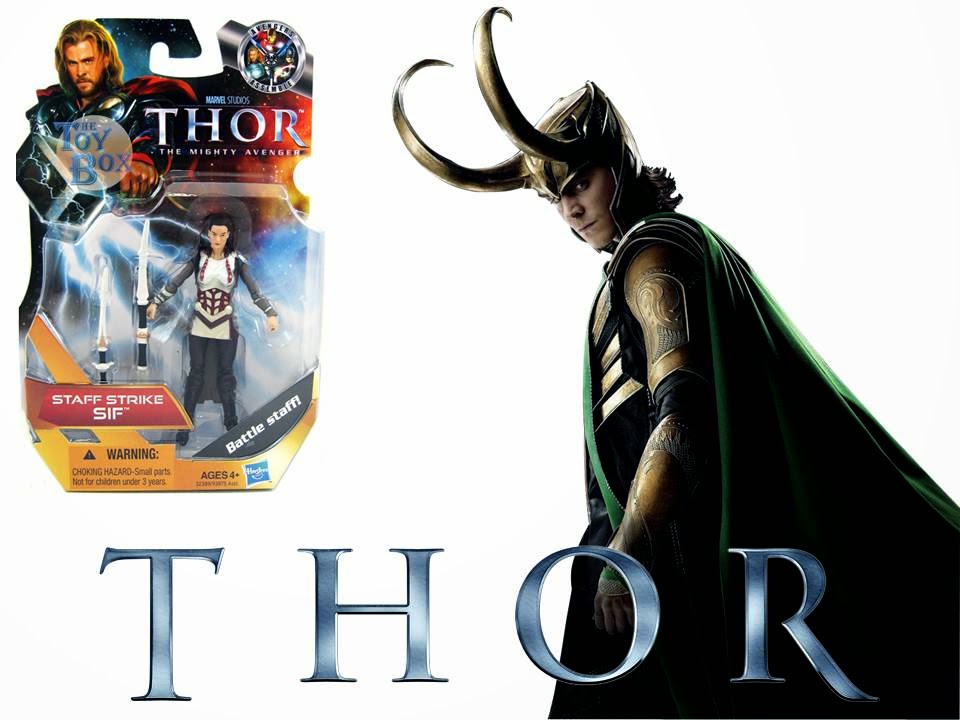 
In addition to the basic figures, Hasbro produced two waves of deluxe ones. This of course included two more Thor figures. 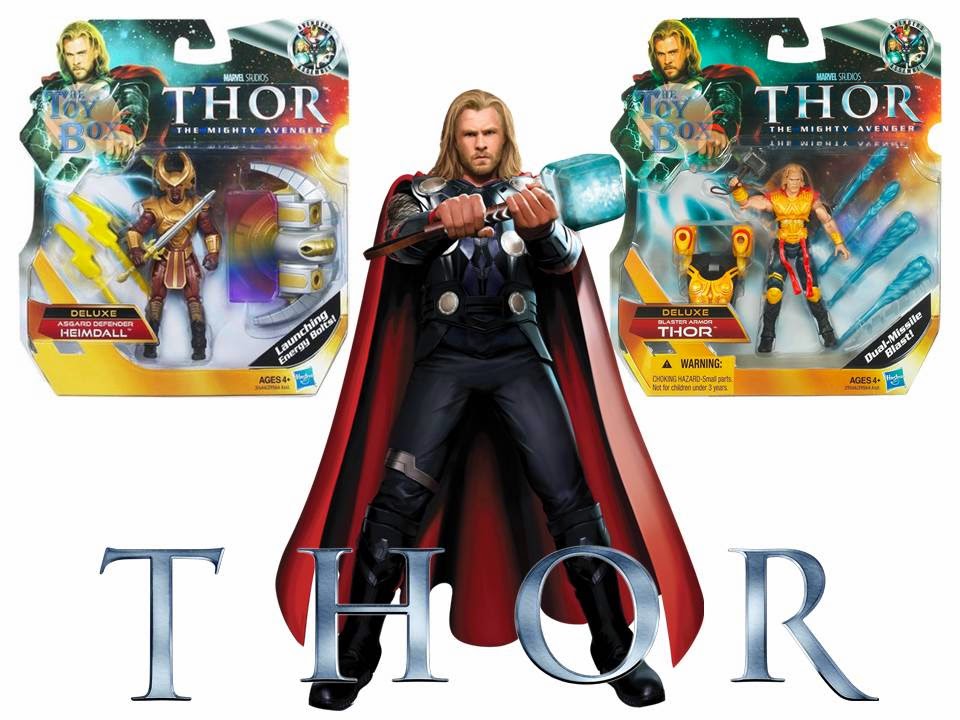 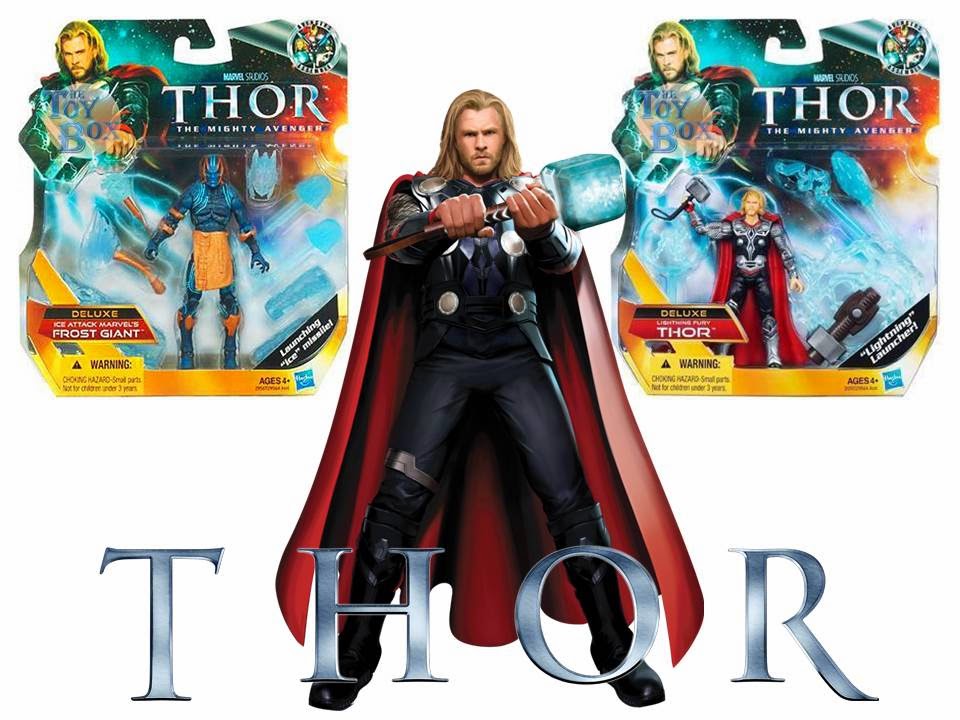 Join us next time when we take a look at Fathom!


Click "HERE" to go back to the home page. For more posts related to this one, please click the labels below.
Posted by The Toy Box on October 12, 2015
Email ThisBlogThis!Share to TwitterShare to FacebookShare to Pinterest
Labels: 2010's, Comic Book Toys, Disney, Marvel Comics, The Avengers, The Mighty Avenger, Thor, Thor The Mighty Avenger