Fathom was created by Michael Turner, and produced in the comic series of its own name for Top Cow Comics. The series launched in 1998, but was suddenly halted when Turner was diagnosed with cancer. After a long battle with it, he launched his own publishing company, Aspen MLT, Inc., and resumed publishing Fathom - After a legal battle of the rights of course.

Since then, the comics have been developed in both a monthly and mini series fashion. The popularity of the books led to the development of a feature film by director James Cameron, but unfortunately those plans fell through.

Prior to the majority of all of this, Moore Action Collectibles developed a small series of figures based on the main character, Aspen Matthews. The line was strictly limited to the title character which was released in four different versions - Three of which were exclusive to various outlets. 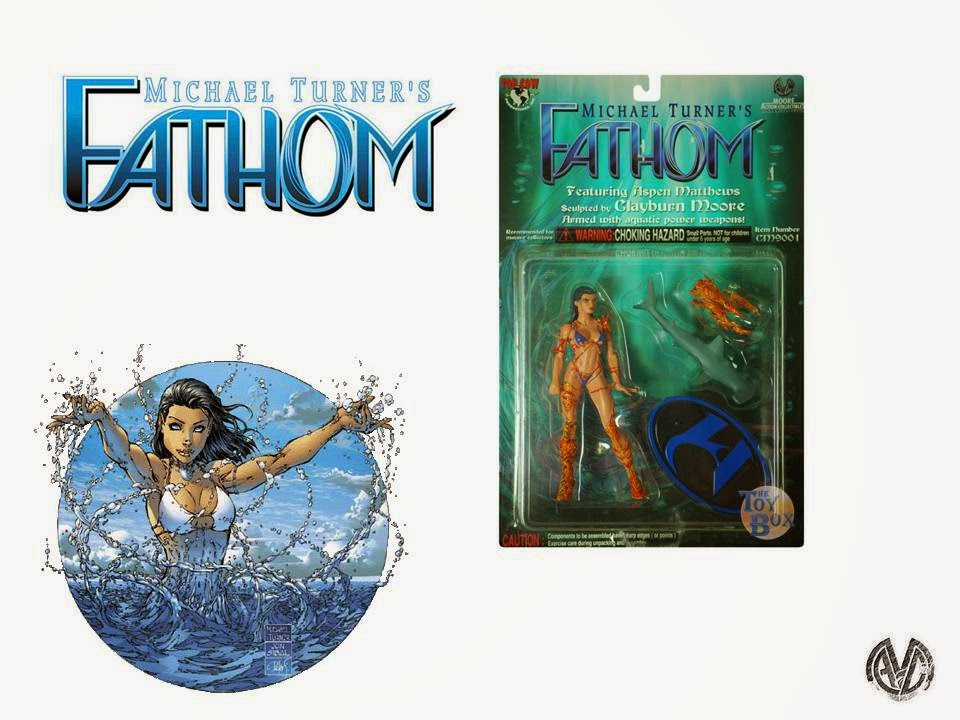 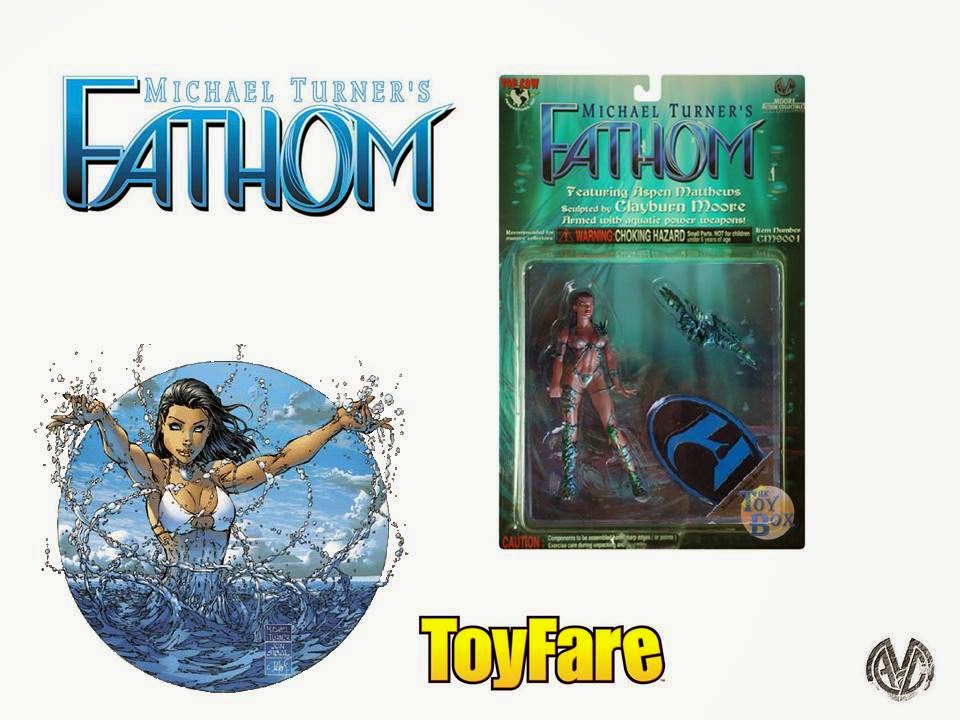 
This is definitely a series of figures geared towards a niche collector. Most casual toy collectors don't know what Fathom even is, and thus would more than likely pass her up on toy shelves. 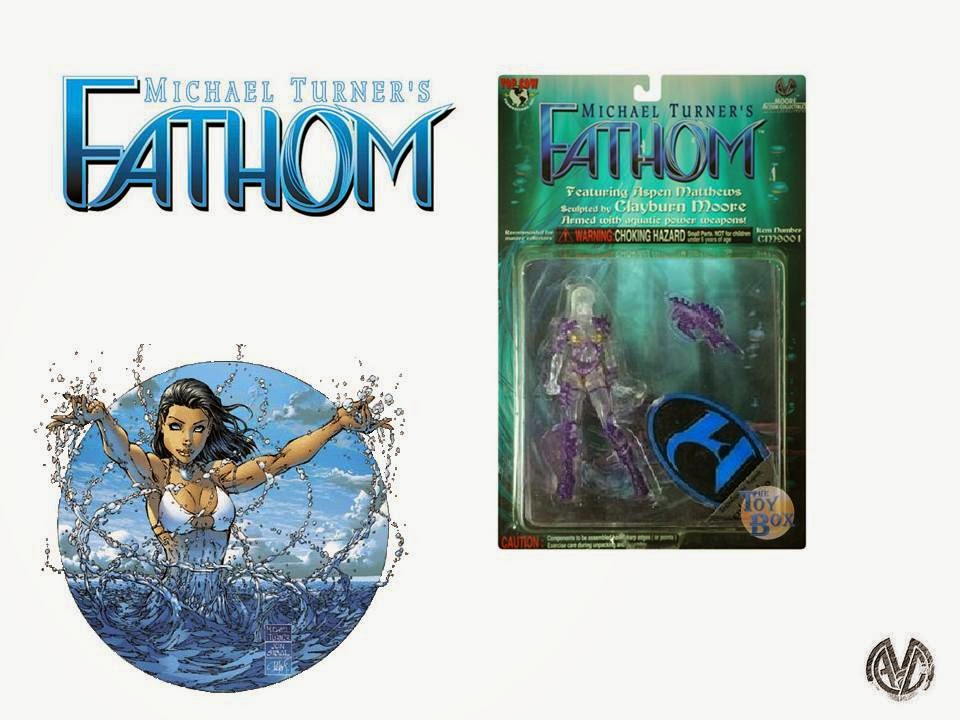 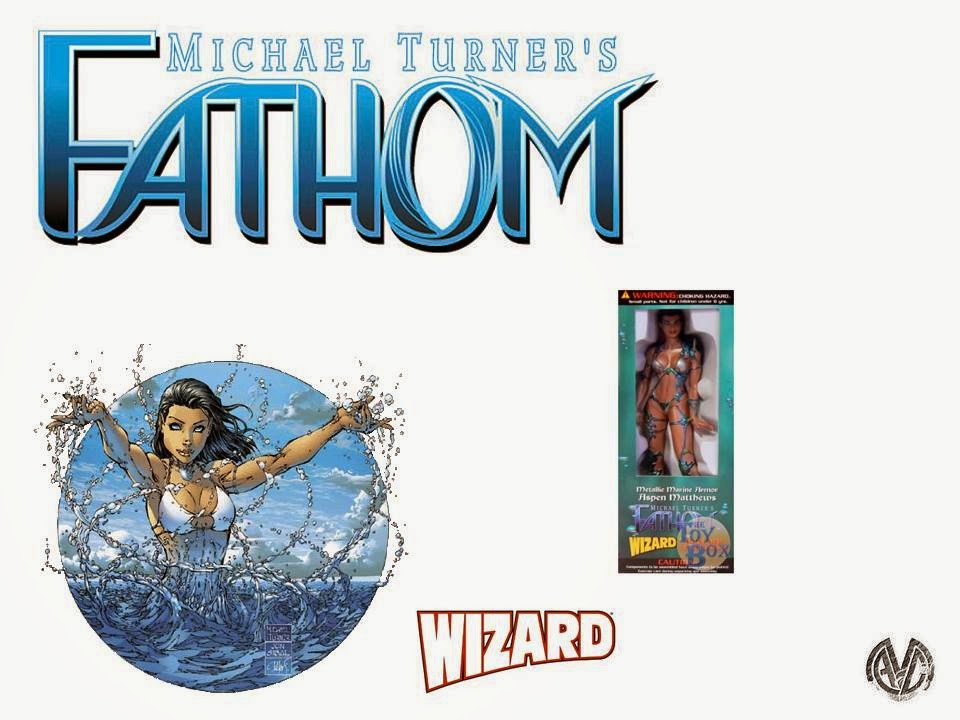 With how many characters that have been developed for the Fathom series, it was somewhat of a disappointment to see that focus was only on Aspen. There was certainly room for this series to grow, but we suppose a lot of the issue goes back to what we said above - A series based on Fathom figures is targeted towards a very niche collector.

If you're looking for these figures these days, rest assured you can nab all of them fairly cheap. Even the exclusive ones sell for as little as three to four dollars a piece, mint on card - Or in the box in the case of the Wizard one.

Join us next time when we take a look at The Magical Burger King!


Click "HERE" to go back to the home page. For more posts related to this one, please click the labels below.
Posted by The Toy Box on October 15, 2015
Email ThisBlogThis!Share to TwitterShare to FacebookShare to Pinterest
Labels: 1990's, Comic Book Toys, Fathom, Michael Turner, Moore Action Collectibles, Top Cow Comics