Yes, more Funko ReAction figures here at The Toy Box already. We're so addicted to these things that we just can't get enough. We've covered a lot of ground since September's dedication to nothing but Funko ReAction, but there are still so many more lines to get through.

Honestly, we've never seen the show (or movie). As such, the only real appeal for these (to us) is the Funko ReAction banner and style. Otherwise, we'd have little to no interest.

With a little help from our friend, Wikipedia, we've learned that Buffy the Vampire Slayer ran for seven seasons, encompassing 144 episodes. It's been consistently ranked one of the best television series of all time on numerous lists, has been nominated for numerous Emmy and Golden Globe awards, and of course catapulted several cast members into superstar status fame. In short, it was a massive success.

Sadly, beyond what we read we really don't know anything else on the franchise. Rather than insult its fans, we'll jump right into the toys; 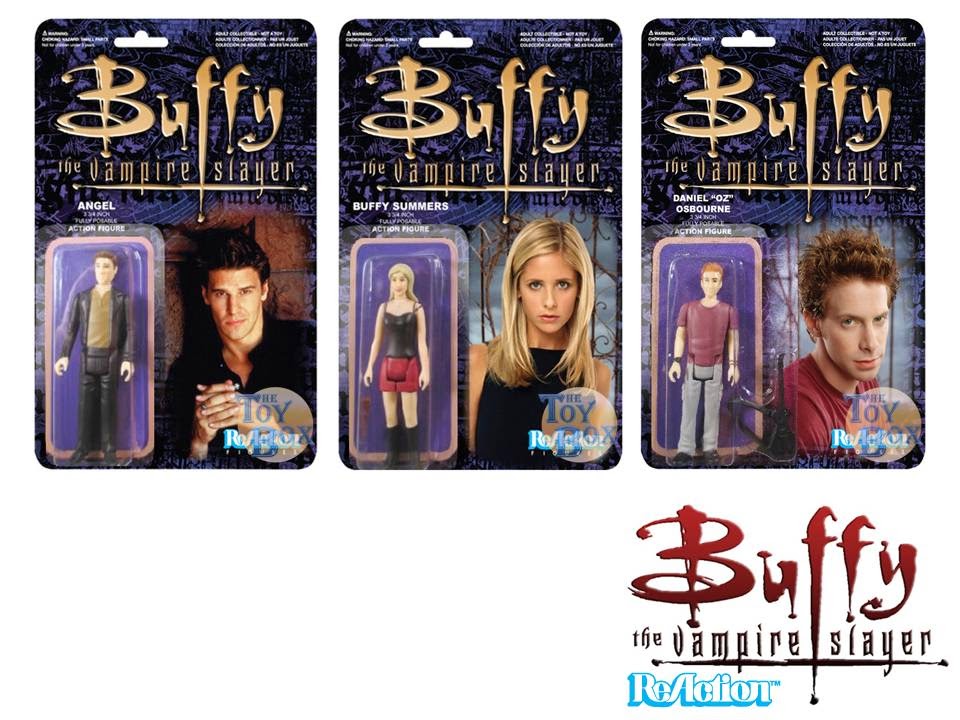 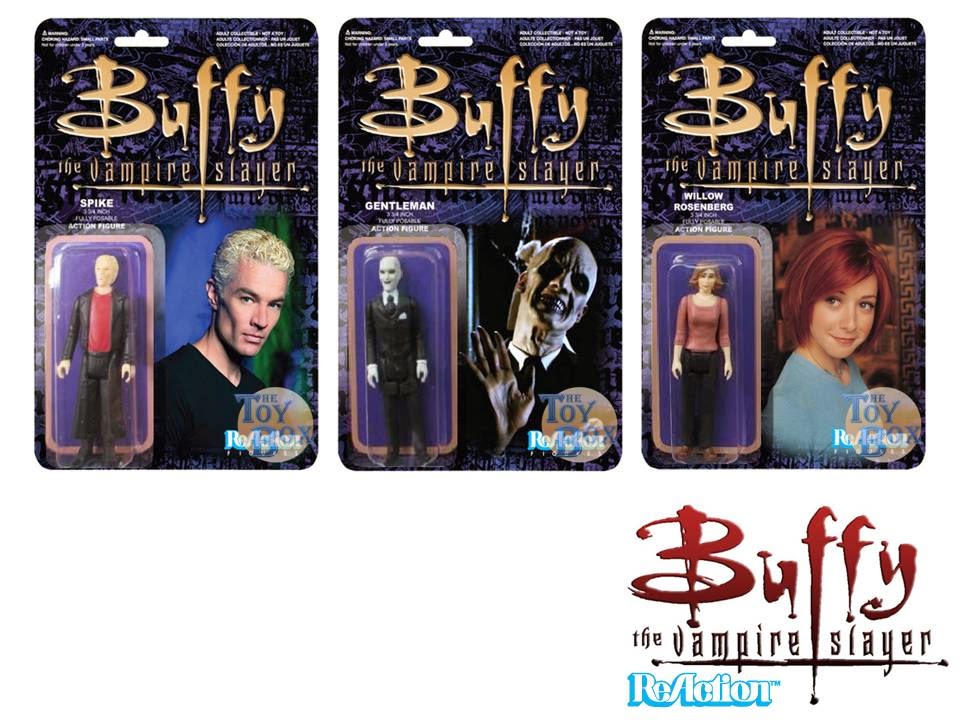 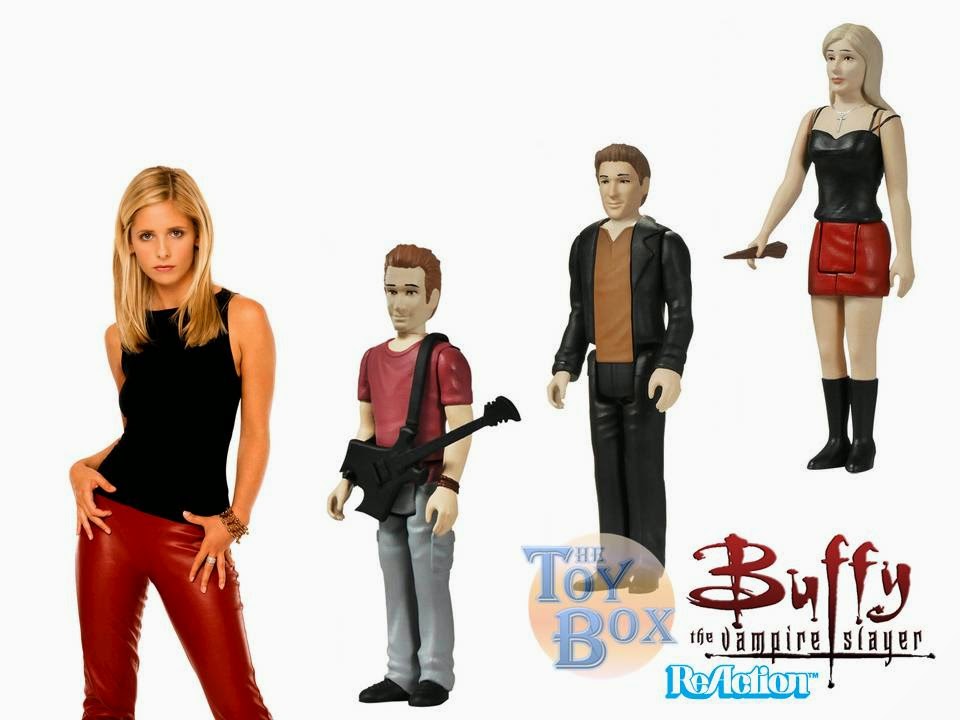 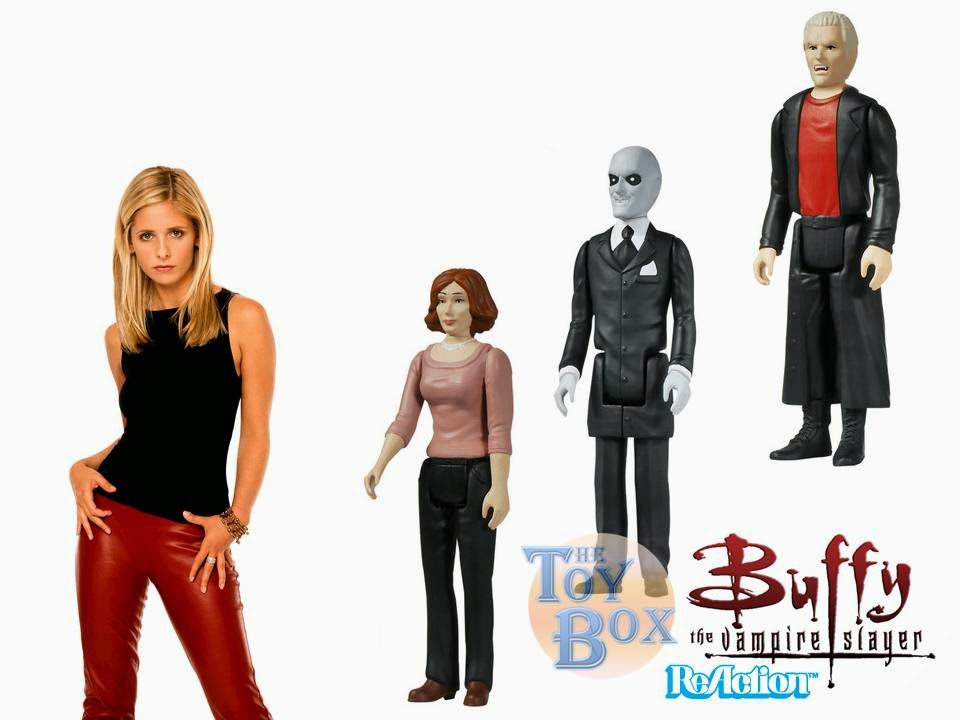 Join us next time when we take a look at...Well, let's just say we're taking a look at something.


Click "HERE" to go back to the home page. For more posts related to this one, please click the labels below.
Posted by The Toy Box on October 29, 2015
Email ThisBlogThis!Share to TwitterShare to FacebookShare to Pinterest
Labels: 2010's, Buffy the Vampire Slayer, Funko, ReAction Figures