If we had to find fault with Revoltech's Teenage Mutant Ninja Turtles, it would be that they went with the Nickelodeon look as opposed to the classic comic versions.

No, we don't have a problem with Nick's iteration of the Green Fab Four. In fact, we love it quite a bit. Our nostalgic side just wishes that this series would have been a throwback to the Turtles as they where, not what they are. That's just personal preference though.

That aside, there's no denying that what we have here is fantastic plastic. The attention to detail, and massive amounts of articulation make these a must own for fans. The only problem is getting them at a reasonable price, and prices are going to fluctuate majorly depending on where you get them from.

Sellers in Hong Kong and China ask roughly forty dollars a piece for these guys. However, confirming that they're legit is another story. Unfortunately Asian sellers are synonymous with the bootleg stereotype. Buying from US sellers is no treat either as this will set you back anywhere from eighty to one hundred dollars for each figure. Pick your poison. 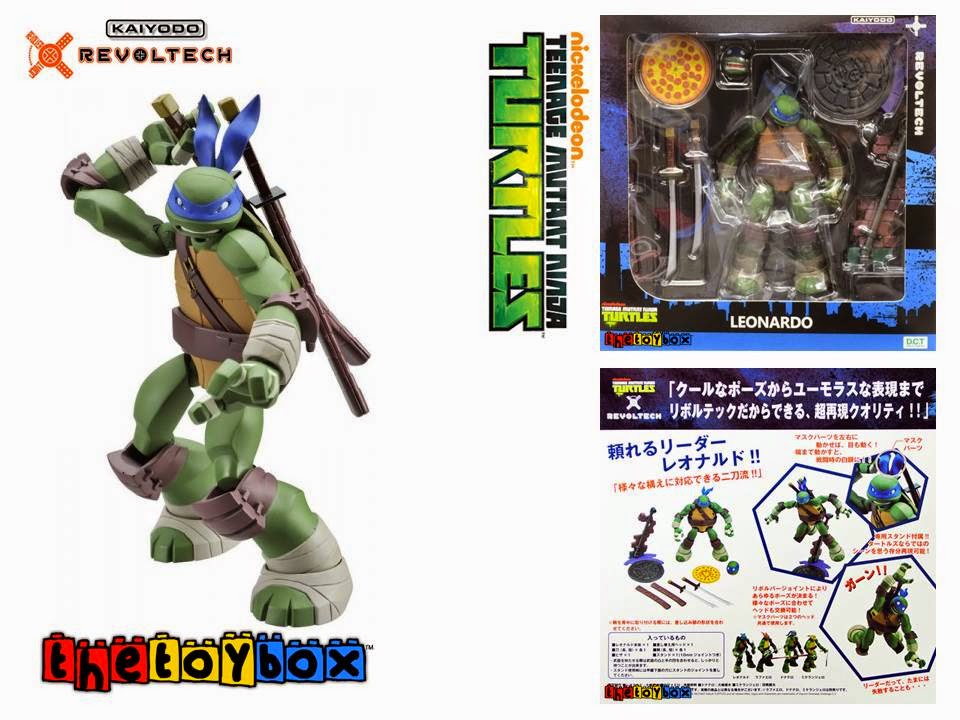 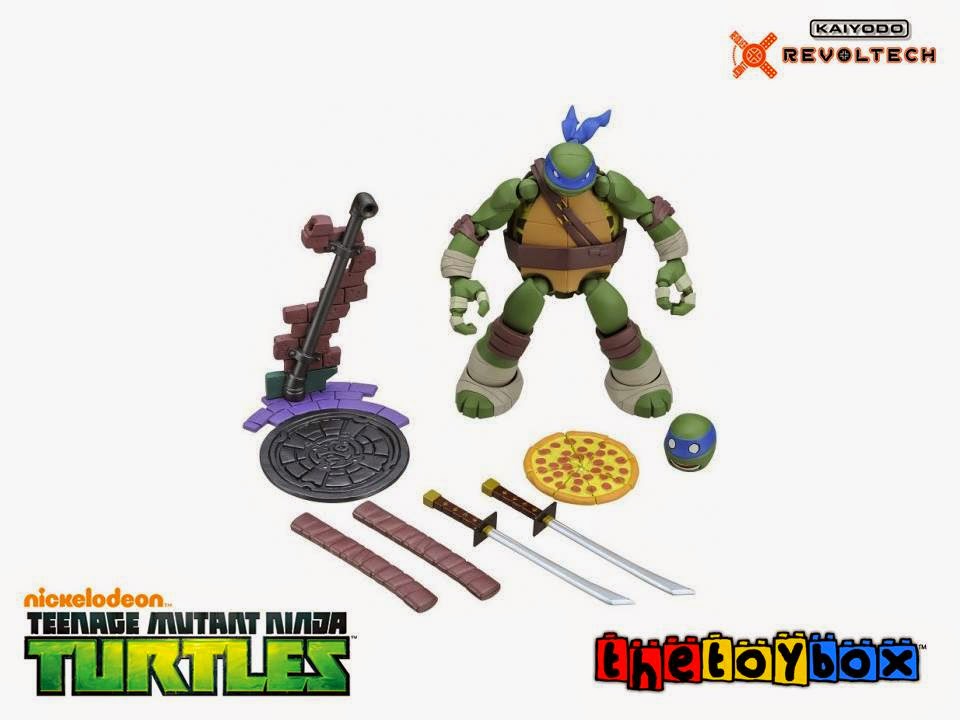 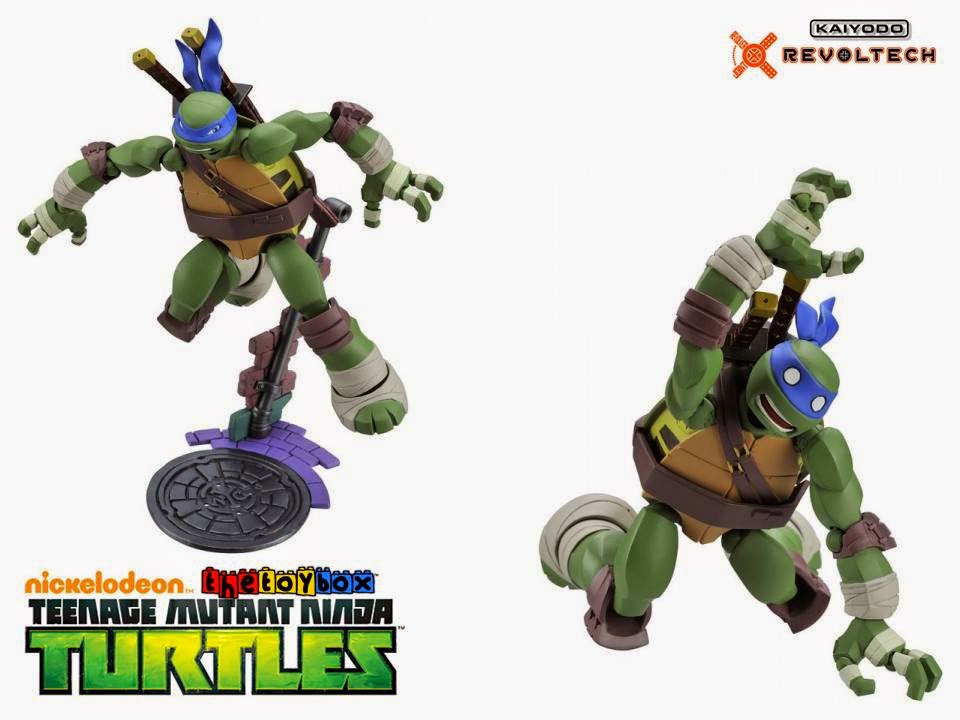 Each figure features numerous accessories, which includes alternate heads that can be switched out. This has become a somewhat industry standard for high end collectibles as of late. Each figure also includes a fun display stand which can be used to get even more poses out of each figure - Such as aerial jump kicks. 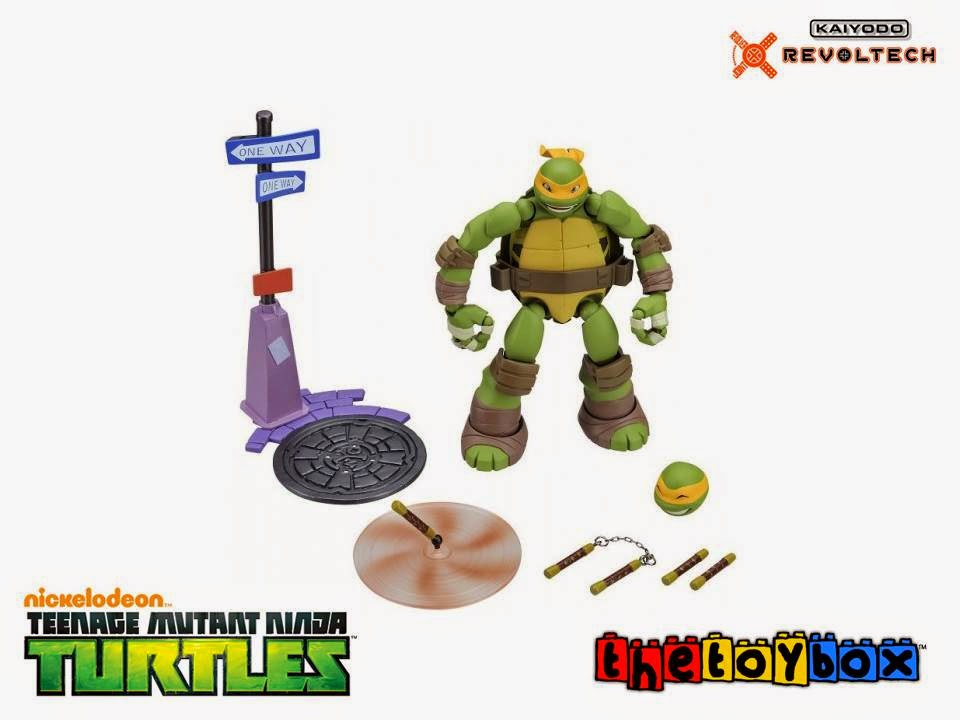 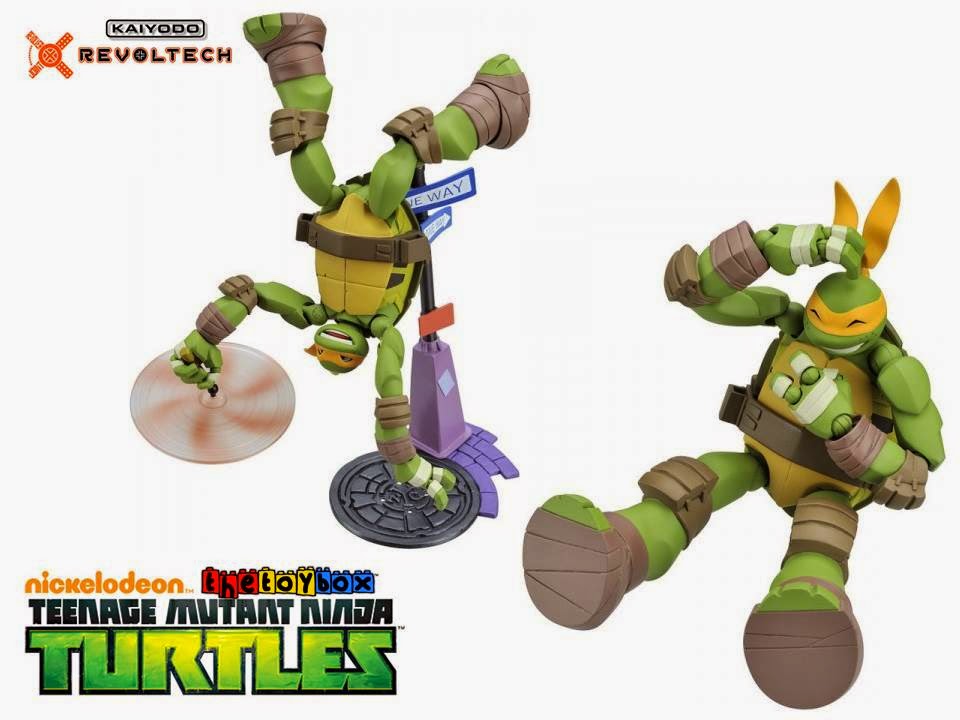 The Revoltech series is highly regarded for its massive amount of poses that you can get out of each figure due to the generous articulation that is included in each figure. This articulation is even extended to the eyes which can be moved left and right with the swivel of the bandana. What's great about this feature is that moving the bandana all the way to the side shifts each Turtle's eyes to white - Such as seen on the show when they're battling. 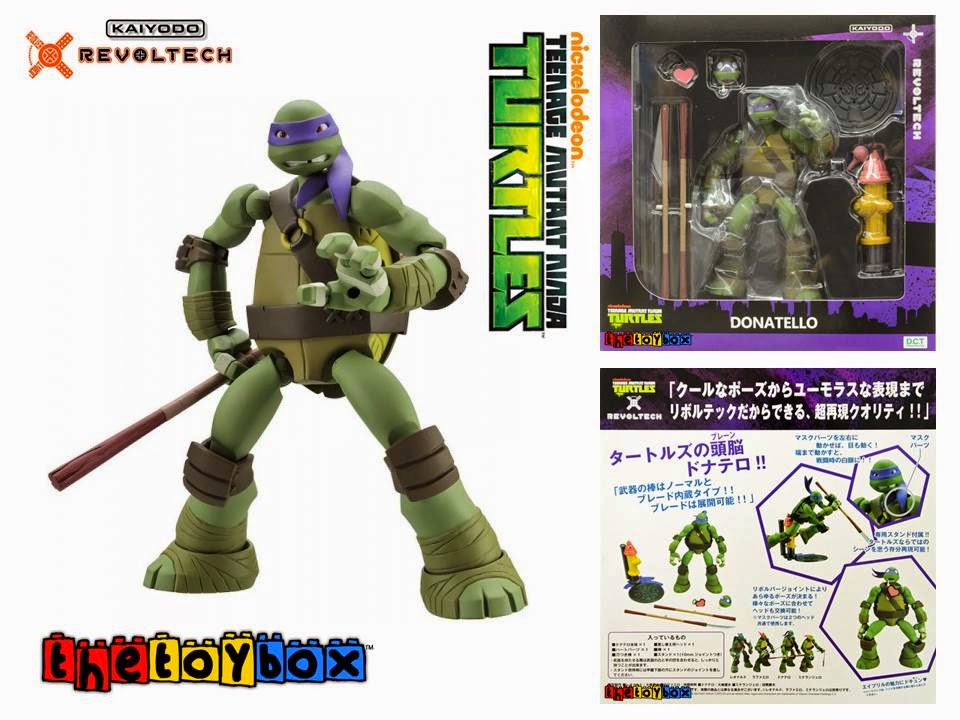 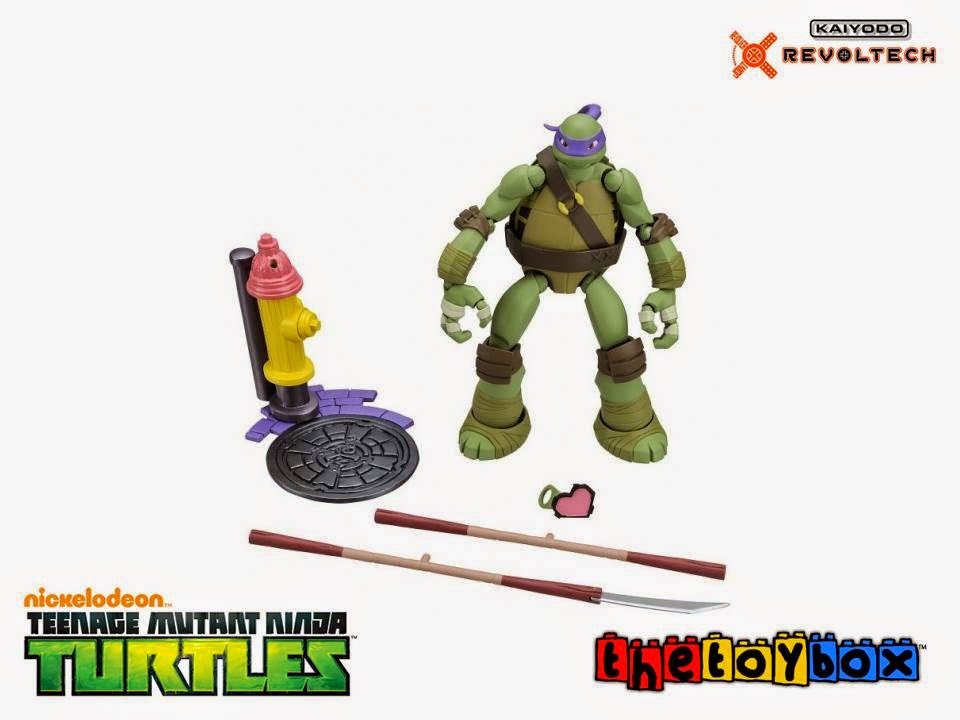 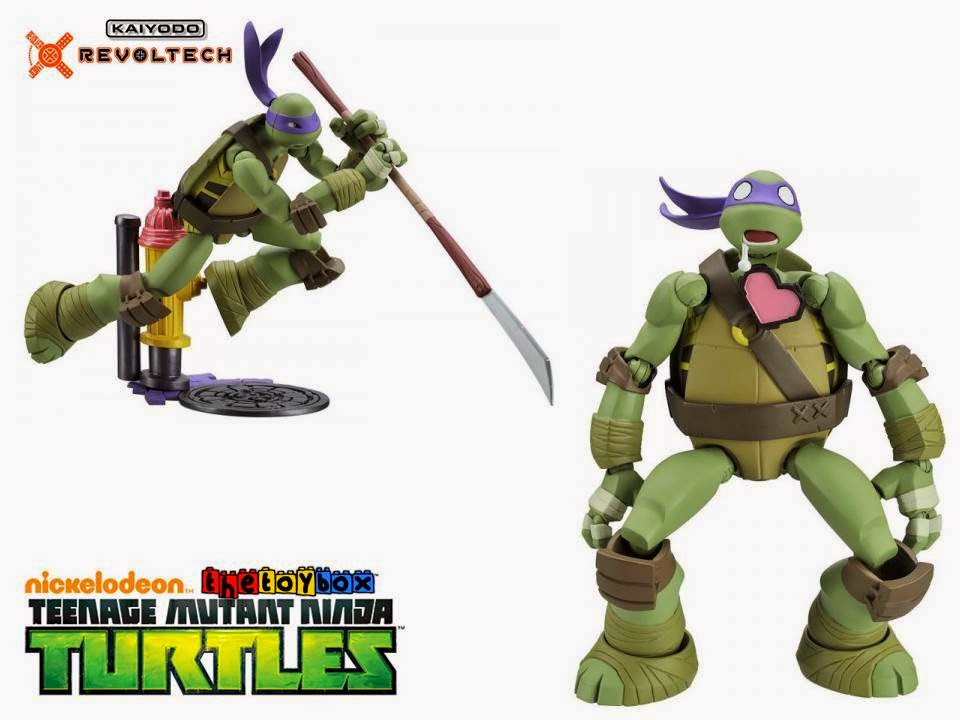 That's not to say that the figures are without fault. One such issue is that the ball joints often times don't rotate to the position you're looking for, so it take a little patience to move things just right to achieve the pose you're looking for. In addition, some collectors have commented how the weapons easily fall from the figure's hands. Revoltech has tried to counter this by adding pegs to the weapons which fit in the hole of the hands - Unfortunately it's not a flawless system. 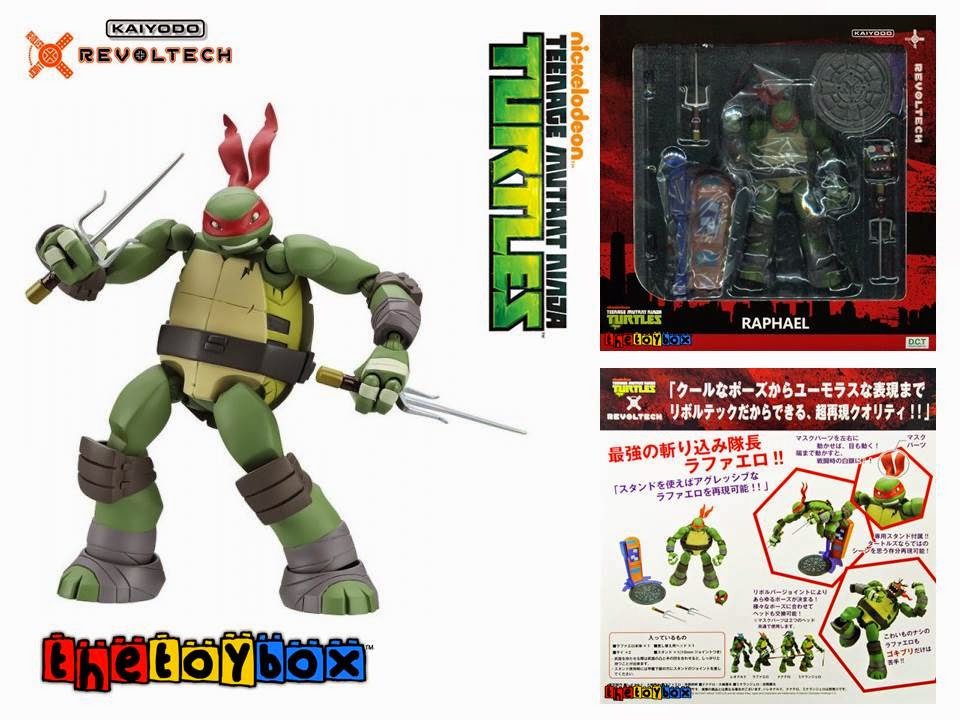 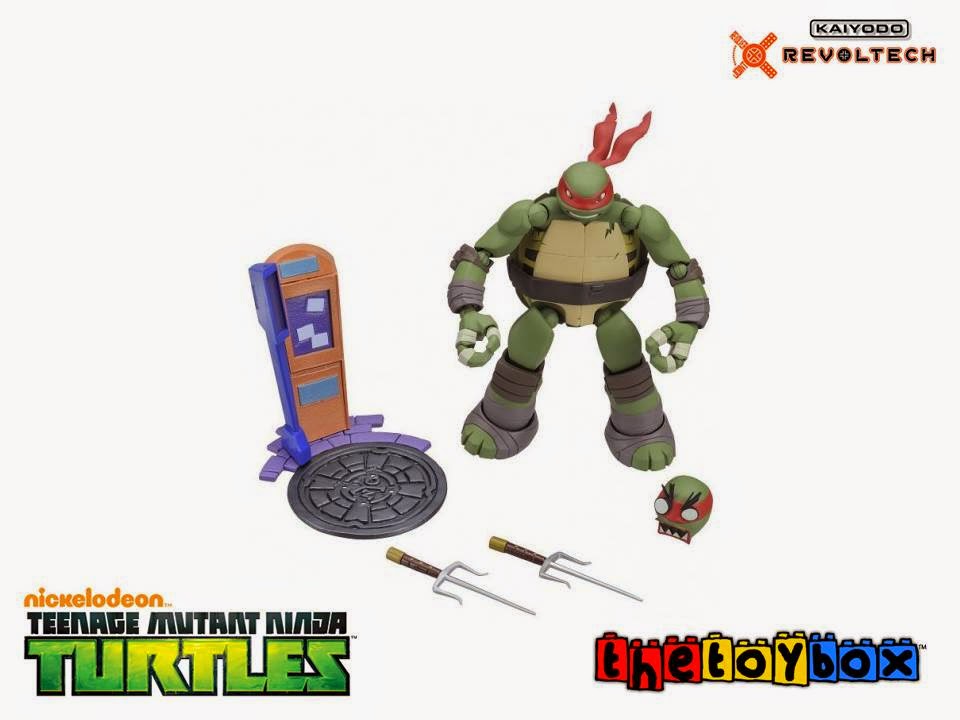 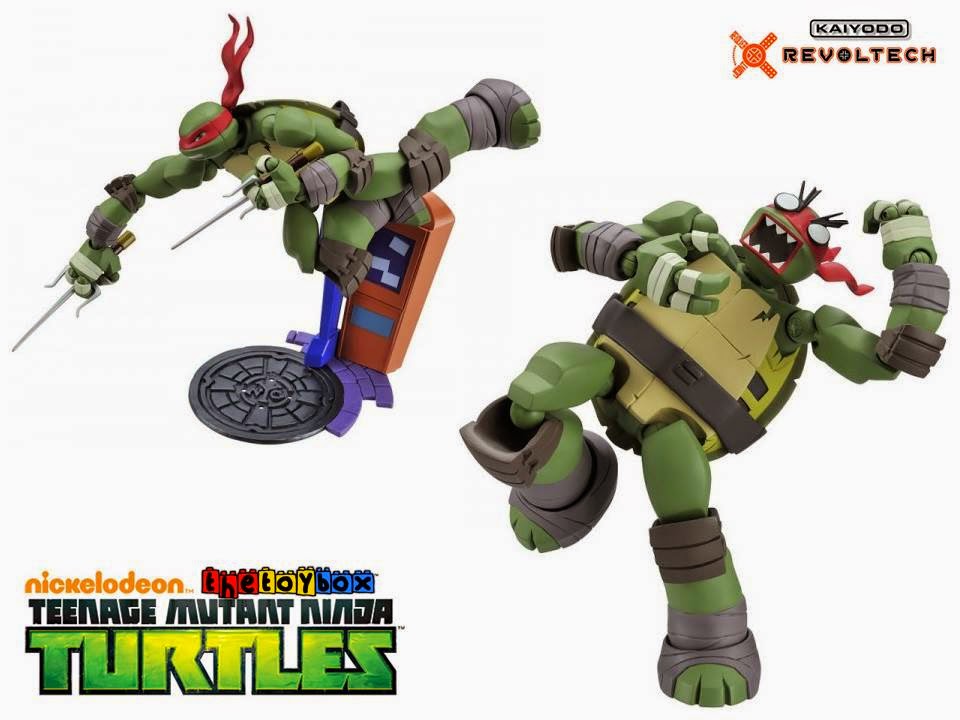 These figures are definitely a lot of fun, but we're sure the price point is a major turn off for many casual fans. These definitely aren't marketed towards kids, but more so collectors.

Join us next time when we take a look at Thor - The Mighty Avenger!


Click "HERE" to go back to the home page. For more posts related to this one, please click the labels below.
Posted by The Toy Box on October 08, 2015
Email ThisBlogThis!Share to TwitterShare to FacebookShare to Pinterest
Labels: 2010's, Comic Book Toys, Kaiyodo, Nickelodeon, Revoltech, Teenage Mutant Ninja Turtles, TMNT