Telltale Games did an amazing thing in 2012 when they released a game based in the Walking Dead "universe" - They shifted attention back towards the genre of classic point and click adventure games. It was a revitalizing breath of air desperately needed in the dormant genus of play style, and something fans had been waiting for since the end of such classics as Sierra's Space Quest, Kings Quest and Leisure Suit Larry.

The franchise sored into popularity as players assumed the responsibility as guardian of little Clementine. The game not only put players in the role of parental figure to the young child, but also saw them taking on the role as leader for a small group of survivors where every decision counted, and every executed thought resulted in consequences or reward.

With such popularity, it was only natural that McFarlane Toys would eventually extend the line of action figures based on the comic book and television versions of Walking Dead characters to the video game - Though for now fans will have to suffice with just one - Clementine...Okay, two if you count the bloody variant version. 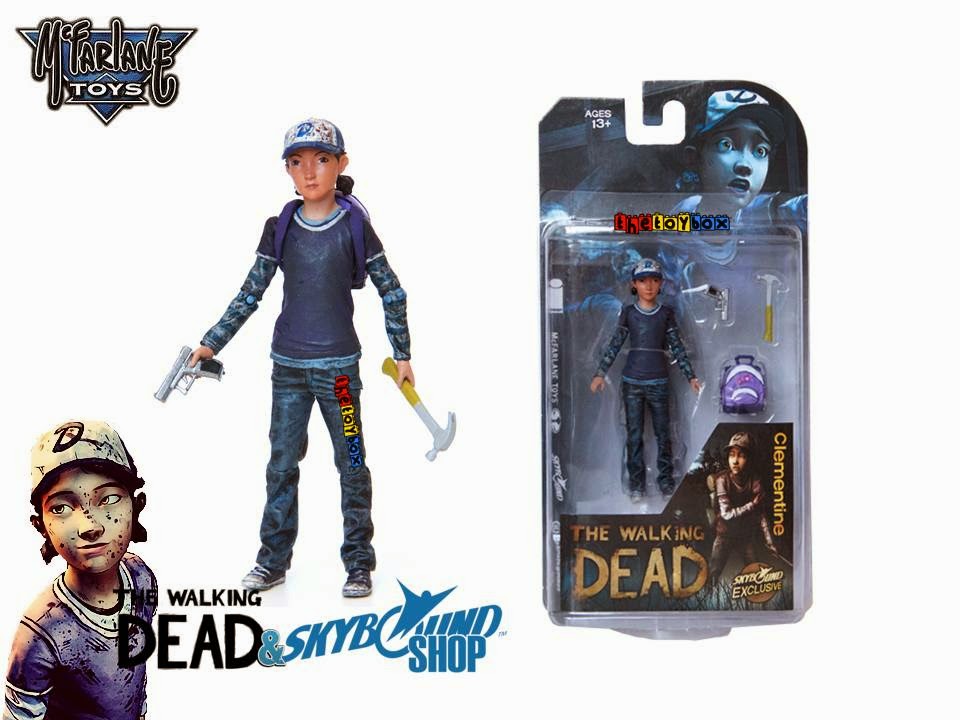 Clementine
In terms of sculpt, we can honestly say we've seen much better come from the likes of McFarlane Toys. The facial features on the figure look hollow, as if she's staring off into space. Worst of all, they don't really capture the features of the character. Overall the face just looks generic - Though we're sure this won't stop fans from nabbing them up.
To do so, one would of course have to either hit secondary markets, or go directly to the source as this figure was a Skybound Online Shop Exclusive. At $25.00 per figure, you're looking at a rather steep buy in price. At the time of this writing (December 2014), the figures were still readily available via pre orders at the site.﻿ 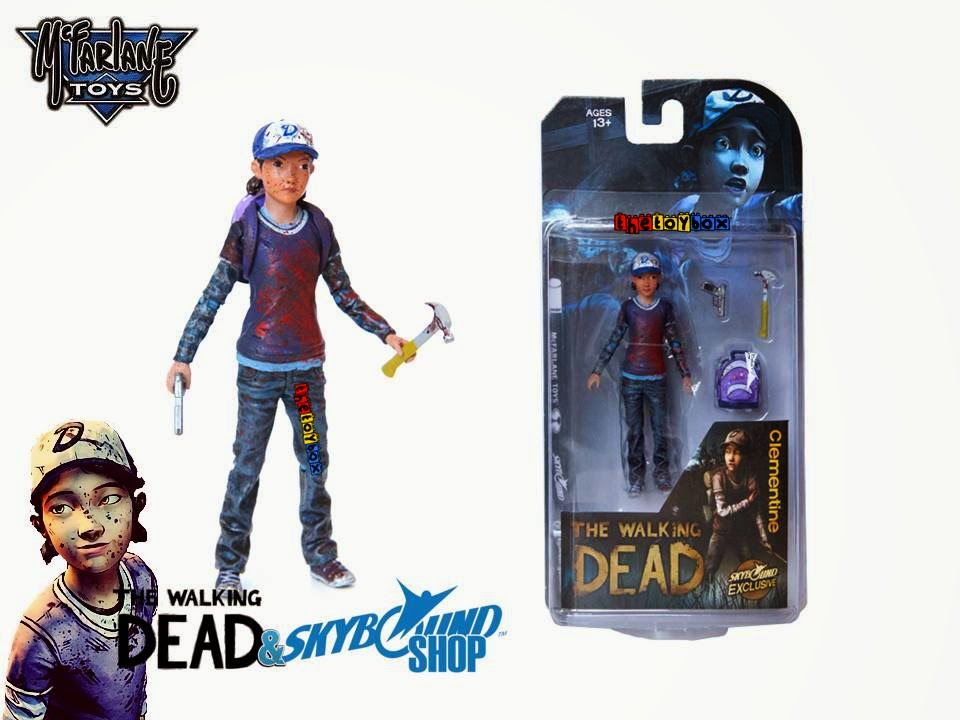 
Will more figures follow based on the Telltale Games characters? We certainly hope so.

Join us next time when we take a look at He-Man (AKA The New Adventures of He-Man)!


Click "HERE" to go back to the home page. For more posts related to this one, please click the labels below.
Posted by The Toy Box on February 23, 2015
Email ThisBlogThis!Share to TwitterShare to FacebookShare to Pinterest
Labels: 2010's, AMC, McFarlane Toys, Skybound, The Walking Dead, Video Game Toys