The characters of Jay and Silent Bob have come a long way since they were first conceived by Kevin Smith and appeared in his first film, Clerks. Since then they've had numerous adventures, both logical and illogical, and of course the actors have made a considerable amount of money on the way.

Though toys based on the duo aren't unheard of, they are few and far between, so fans were excited when Diamond Select announced these all new Jay and Silent Bob figures. Unlike the prior figures, which now seem primitive by today's standards, these all new figures featured an amazing likeness to both characters, and fantastic articulation - Not to mention interchangeable appendages and accessories. 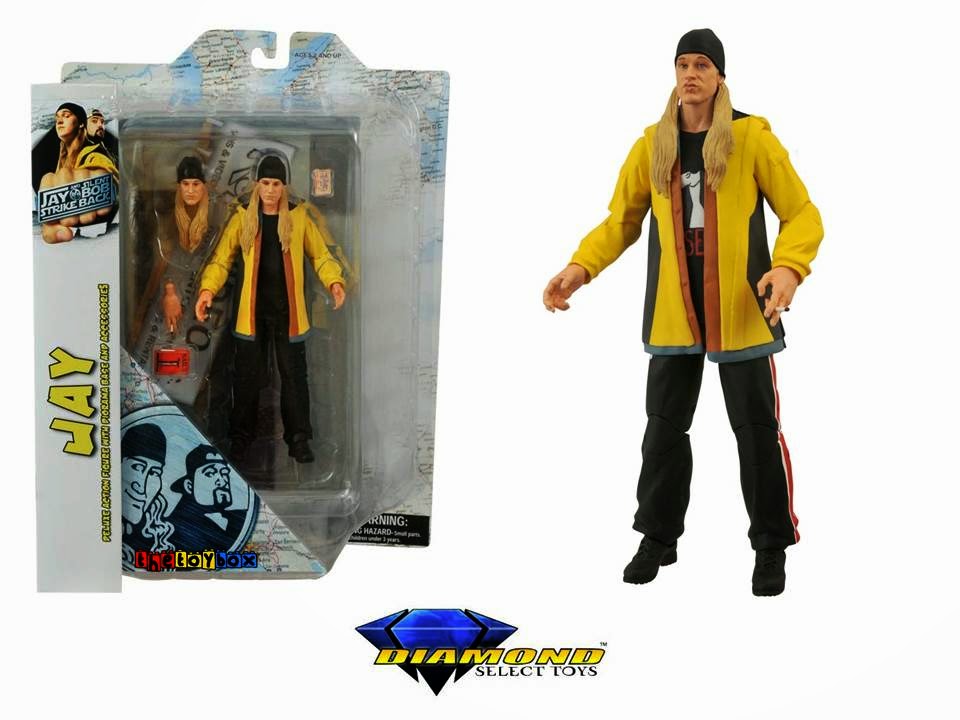 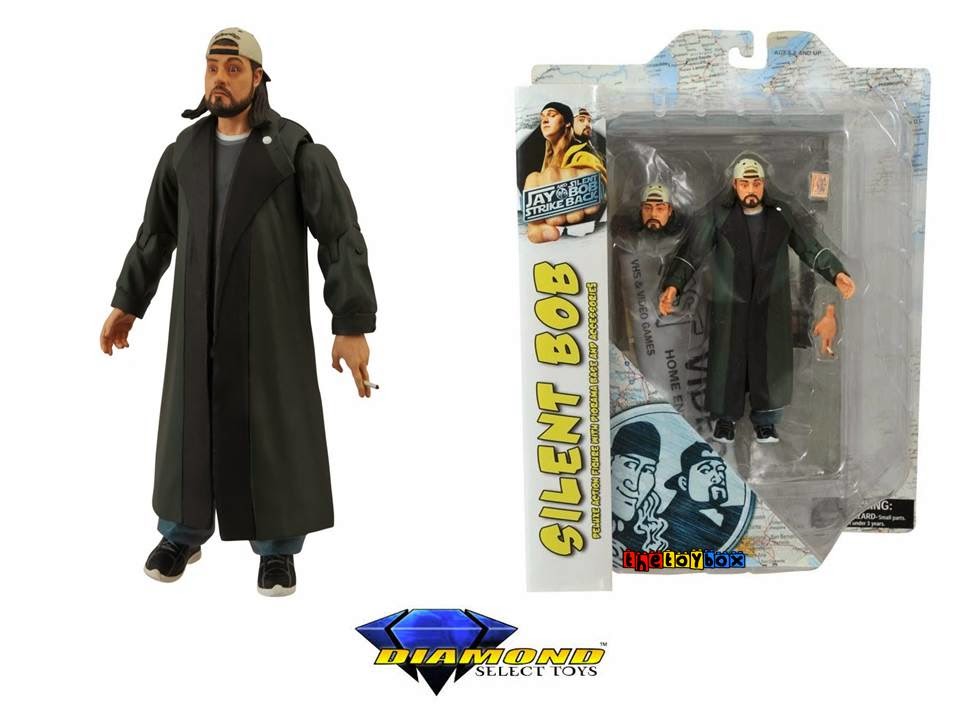 Silent Bob
Another fun feature of this particular set is that each figure comes packed with half of a diorama scene. This is the backdrop of the famous video store from Clerks where Randal Graves worked, and of course right next door to the Quick Stop convenient store where his best friend Dante Hicks worked. With little to no effort, your plastic pair can resume what they do best - Loitering.
﻿ 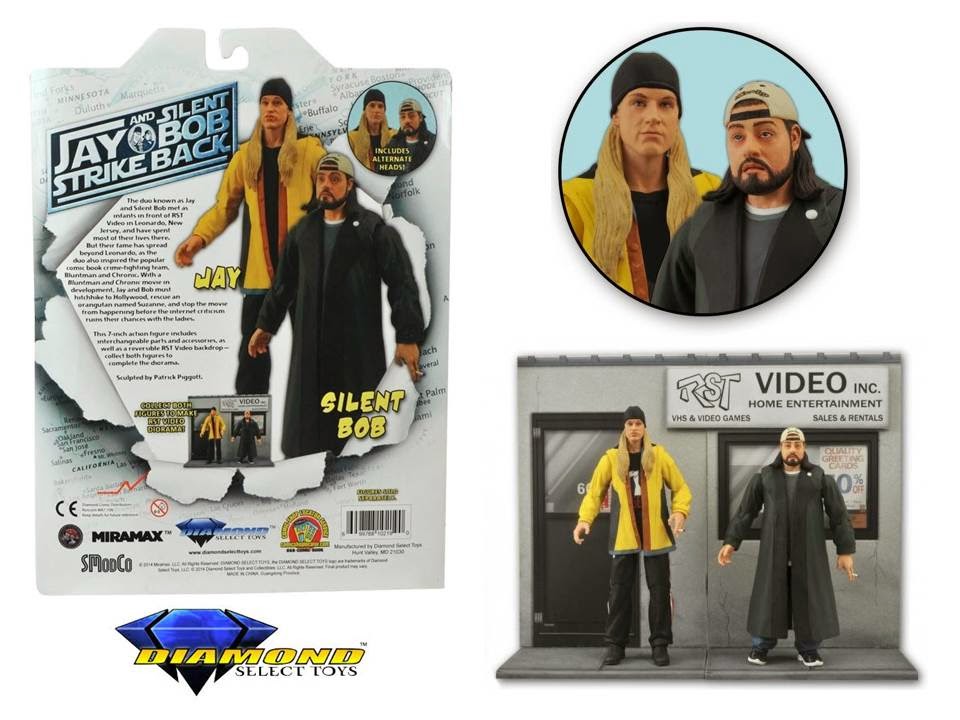 As of the writing of this post, these figures are relatively new to the market, so it shouldn't be too difficult to track down a set. Though the $24.99 retail price probably won't be all that appealing to some.

Join us next time when we take a look at The Walking Dead - Clemintine!


Click "HERE" to go back to the home page. For more posts related to this one, please click the labels below.
Posted by The Toy Box on February 19, 2015
Email ThisBlogThis!Share to TwitterShare to FacebookShare to Pinterest
Labels: 2010's, Bluntman, Chronic, Graphitti Designs, Jason Mewes, Jay, Jay and Silent Bob Strike Back, Kevin Smith, Silent Bob