Playmates Toys asks, "How deep are your pockets?"

You just picked up the Mutations line. You grabbed the four new Mystic Turtles, and you swept up the remaining older figures in the new packages. Whew, it's been an expensive January. Well, back to the store you go! As of March 2015 these have hit U.S. shores, and prior to that were being found in Australia and the U.K.

Hot on the heels of their last release, Playmates Toys drops the new Stockman-Fly, Mikey Turflyle and Karai Serpent on you 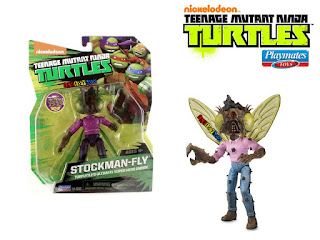 Reader Mattster points us to a variant of Stockman-Fly. There's a light blue and a dark blue pants version. 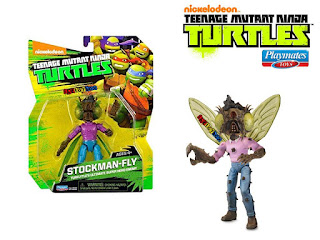 These here - These we like! In light of what we've been seeing as of late, it was refreshing to get some pretty solid figures for the line. We really hope Playmates takes a page from this bunch and keeps this sort of quality going. Granted the paint jobs are off from the prototype vs. package versions, but we all pretty much expect that at this point. 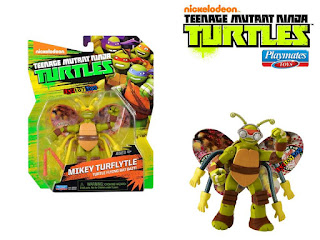 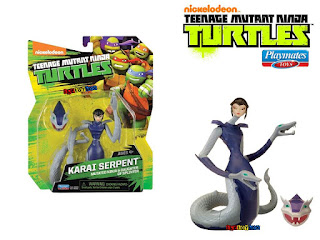 In addition to the above, we've also spotted Head Droppin' Leonardo and Head Droppin' Donatello in stores - Though no sign of the Michelangelo and Raphael versions. We'll compile a post on those once we've obtained all four.

Also, be on the look out for a couple of re-released figures in the new 2015 packaging which are hitting store shelves with this batch;

We'll keep you posted as we find more.

Click "HERE" to go back to the home page. For more posts related to this one, please click the labels below.
Posted by The Toy Box on February 05, 2015
Email ThisBlogThis!Share to TwitterShare to FacebookShare to Pinterest
Labels: 2010's, Nickelodeon, Playmates Toys, Teenage Mutant Ninja Turtles, TMNT