Indiana Jones has had long lasting staying power in the here today gone tomorrow world of Hollywood. The character had his forth outing in 2008, prompting this all new line from Hasbro which celebrated each film in the series.

There were a massive amount of figures released between 2008 and 2011, and one could argue this is the definitive collection of Indy based figures produced to date. Sure, other releases have come and gone such as Kenner's vintage line based on Raiders, and the very short lived Temple of Doom ones from LJN. However, if you're looking for a place to get everything under one roof, then Hasbor's line is definitely what you're looking for.

Each figure contained an array of movie accurate accessories as well as a fair amount of articulation. What makes the line all the more intriguing is the fairly descent sculpting and spot on clothing design - Granted sculpted and painted clothing. 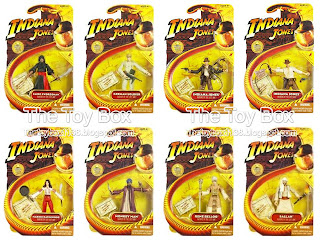 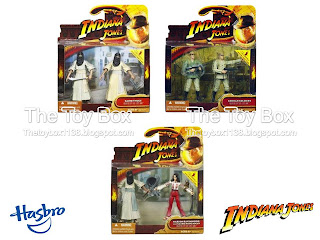 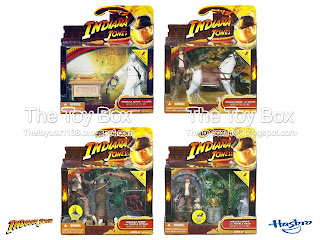 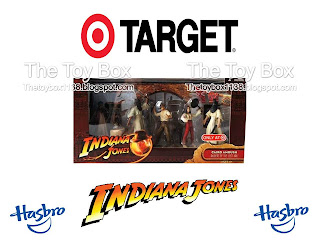 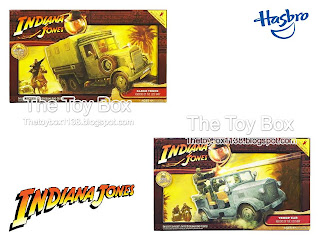 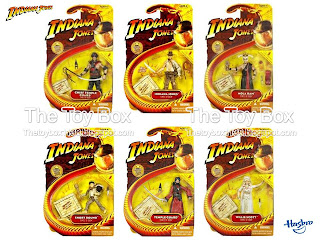 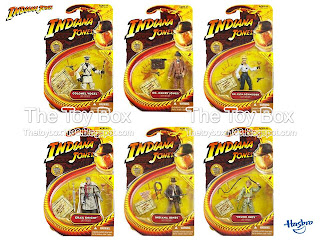 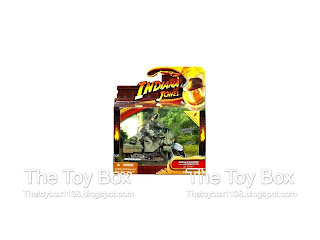 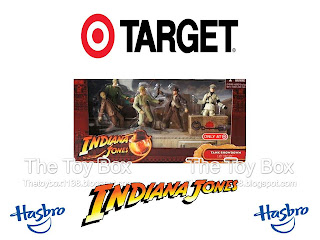 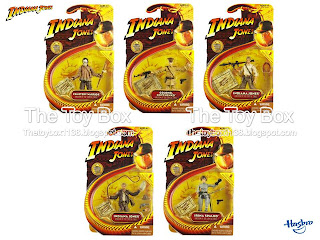 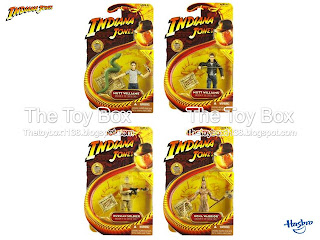 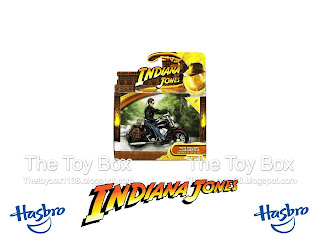 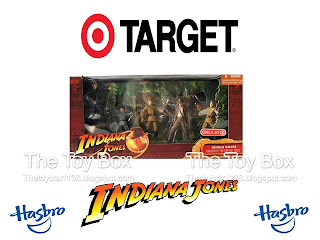 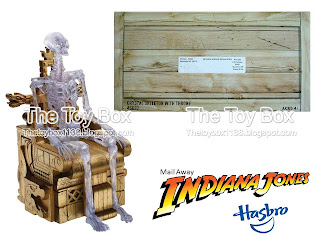 KINGDOM OF THE CRYSTAL SKULL
MAIL AWAY
Crystal Skelleton with Throne 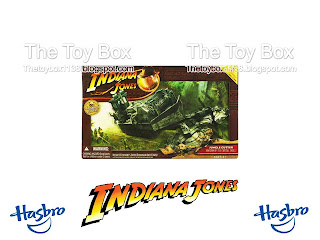 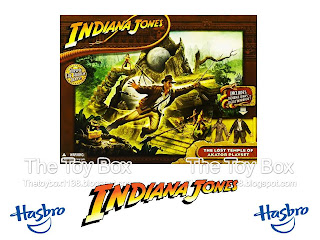 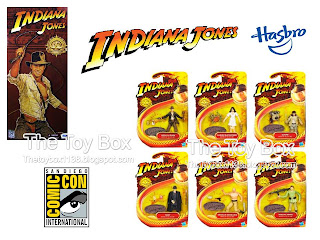 Unfortunately at the end of the day, the demise of this line was over saturation during its four year run.While there's no denying Harrison Ford has helped to shape Indiana Jones into a pulp culture icon, Hasbro definitely over anticipated the demand for action figures. The line was popular. However there was simply too much product vs. demand (a problem we wish more toy lines would have). The end result was a line which most toy stores simply couldn't sell enough of, and eventually moved to clearance bins to quickly relieve themselves of overstock.

These days you can get mint on card figures for as little as a penny. Ouch.

Join us next time when we take a look at....Welll....Something different!