Power of the Jedi was the line that attempted to mash the Trilogy and Prequels together in one line. While it had some great items, it somewhat failed to blend the two together while at the same time appease fans who weren't necessarily looking to collect every figure out there.

The series ran from 2000 to 2001, and saw no more than eleven items released under the banner.

The first collection released in 2000 was quickly a fan favorite due to the inclusion of nothing but Bounty Hunters. The "Hunters" in the Star Wars universe have always included characters surrounded by mystery and lore that attracts even the most casual Star Wars fan. 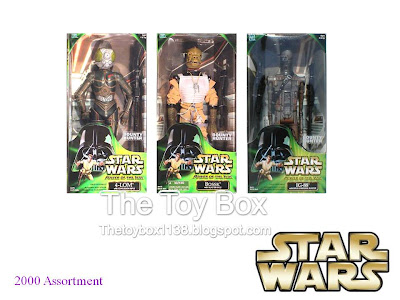 The 2000 assortment was rounded off with two multipacks which weren't all that popular among collectors. By this point, several fans had taken the stance of not wanting to buy multiple versions of the same characters anymore, leaving only the select few of the "100% Club" willing to buy them. 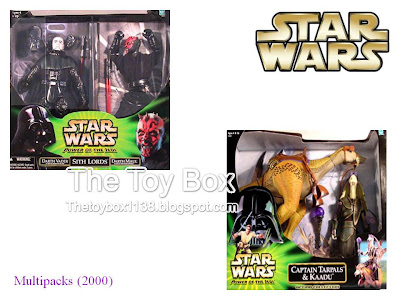 Much like the 2000 multipacks, the 2001 wave of "dolls" failed to impress. The Death Star Droid was probably the most unique character to be produced, and as a result sold the best out of all three. 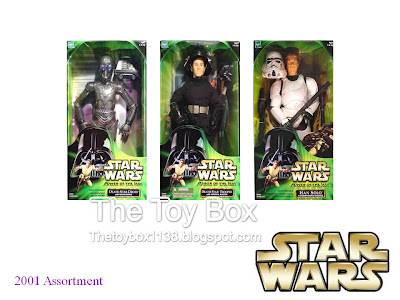 The 100th 12 inch doll was released during the Power of the Jedi period, and was rather impressive. Yes, it was just another Luke Skywalker rendering, but the amount of gear, accessories, and clothing packed into the box were both impressive in quality and quantity. It also came with a fantastic checklist, something that prior and future toy lines have seriously been lacking. 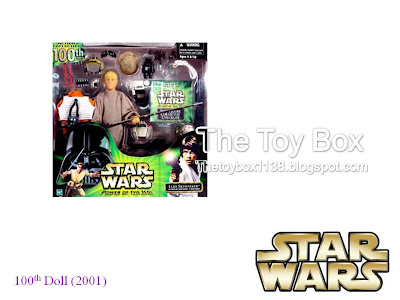 A vehicle two pack of a Speeder Bike with Luke Skywalker in his Endor Poncho was released in 2001. The bike was no different than the prior released version, and the doll was simply redressed from prior Luke Figures. 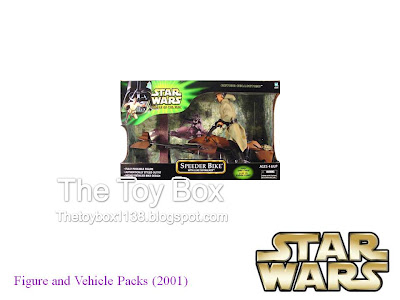 The final 2001 release was the two pack of Luke Skywalker and Yoda. Unlike the prior released dolls, this particular one was released in a tube packaging, giving it a nice 360 degree visual. 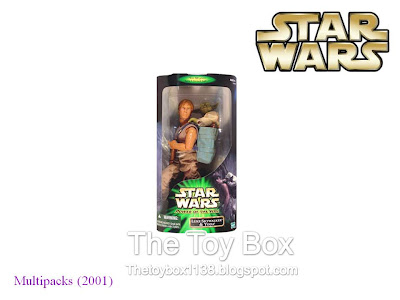 12 inch dolls still come and go in the Star Wars world, but very infrequently, and without much notice to collectors who are not plugged directly into any form of Hasbro pipeline (be it direct or indirect connection). Sales appear to be hit or miss with them, so we can understand Hasbro's reluctance to commit much to a line of this nature - Especially after the oversaturation that the Power of the Force 2 line produced.

Join us Friday as we continue our Star Wars 35th anniversary celebration with our look at Droids!

Posted by OK Records 1138 on May 21, 2012
Email ThisBlogThis!Share to TwitterShare to FacebookShare to Pinterest
Labels: 2000's, Dolls, Episode I, Power of the Force 2, Power of the Jedi, Star Wars, The Legacy Collection