The Simpsons: A Retrospect And Home Video Release 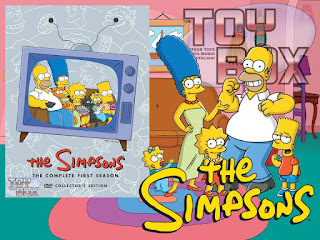 For a lot of us, The Simpsons have long since run their course. Personally, I don't even know anyone who watches the series these days, myself included. However, we'd be lying if we said there wasn't a time where many of us were dedicated fans, tuning in every night the series aired.

When it first began in 1989, the animated series was different. Not only was it a refreshing take on prime time cartoons, but to sitcoms in general. Where other shows of its time stuck to the tried and true formula of the perfect family who all got along, and could resolve all of life's problems in twenty-two minutes, The Simpsons depicted the realities of life. Where families had flaws, fought amongst each other, scrapped by financially, and rarely, if ever,  got ahead. Not only was it entertaining, but also relatable to your average viewer. 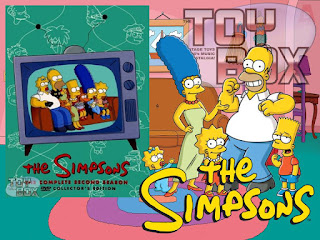 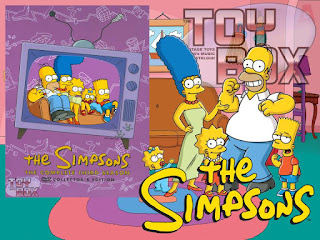 Homer, Marge, Bart, Lisa and Maggie delivered an animated take on real life, sprinkled with comedy, and a multitude of characters that would become household names across the globe. The world of Springfield was vast, and fleshed out, with even the most minor of characters ultimately getting a back story over the seires ongoing, and seemingly never ending run of thirty plus seasons. 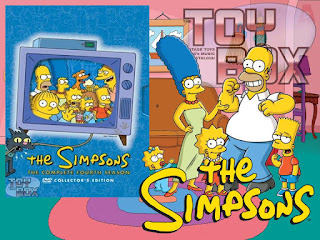 The series spent its first two seasons feeling its way out, and carving its own identity. It's because of this that while there are good episodes to be found in these earlier seasons, they're not considered to be part of the prime period of the series. This honor usually goes to seasons three through eight, potentially, ten, depending on who you ask.

In the height of its popularity, The Simpsons averaged between fifteen and twenty-five million viewers (seasons one through nine), rapidly declining to eight million viewers between seasons ten and eleven. What's interesting about this dip in viewers is that it coincides with a timeline many fans these days say the series jumped the shark. 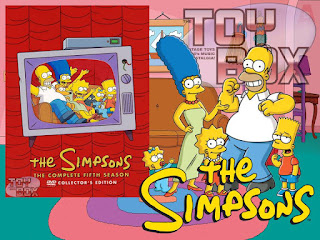 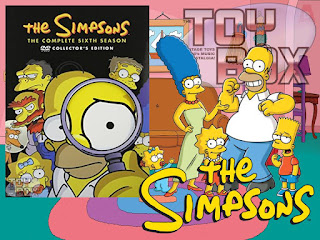 Episode two of season nine, The Principal and the Pauper, took everything viewers knew and loved about Principal Seymour Skinner, and threw it all out the window. While at the time it was highly rated, it has since been panned by critics and fans who pinpoint it as the starting decline of the series. Even actor Harry Shearer came forward in a 2006 interview to give his own opinion, stating he told the writers it was a bad idea, and disrespectful to the audience. 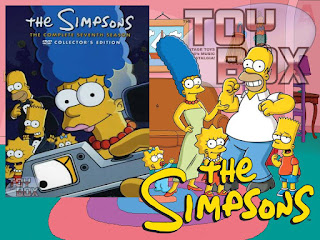 Writers moving on from the series also contributed heavily to its overall feeling of decline. Homerun hitters like John Swatrzwelder, Jon Vitti, Al Jean, Michael Price, and Conan O'Brien, just to name a few, left to pursue other opportunities, leaving new writers, many of which seemed unfamiliar with the characters, to pick up the mantle. While this isn't uncommon for a long running series, it can be problematic.

Jokes which before felt thought out, and tweaked to perfection, became fewer and further between. This often resulted in quick gags or one-liners which fell flat. Additionally, the show was heavily saturated with guest star appearances, often resulting in derailed and paper thin plots devised to shoehorn in actors and actresses, rather than deliver solid storytelling. 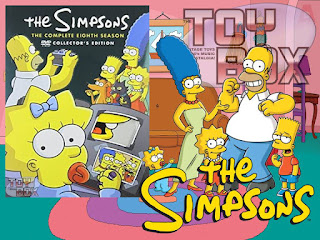 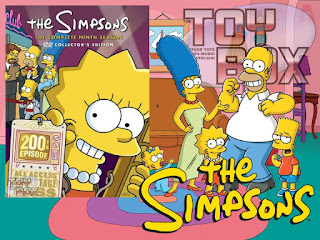 Viewership rose slightly with season twelve, but since then, ratings have been in steady decline. The average viewers as of 2022 were down to two million, a massive drop from the show's prime. Yet, despite this, no ends is seemingly in mind for the show which has recently been renewed through 2023. 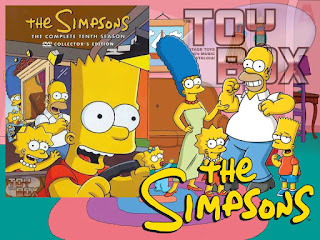 The Simpsons has always had a mainstay of diverse characters, and it could probably be said that this was something which helped it to be so multicultural. The voice actors and actresses made it a point to provide life to a range of ethnicities and races. However, in the me too movement which has taken over our world, this became problematic in 2021.

Suddenly, the actors behind the voices of  Apu, Carl, and Dr. Hibbert was taboo. Racist, if you will. Under the regime of Disney, this simply wouldn't do, and this prompted immediate change to casting. A missed opportunity if you ask me.

Rather than find a clever way to retire these personalities, and create new ones which could have introduced contemporary and diverse characters, the show simply changed the actors voicing them. This caused the fans to be split, and that is never a good thing. 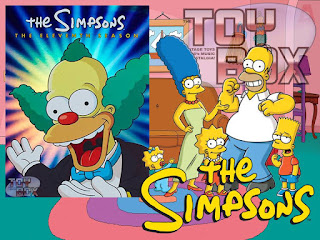 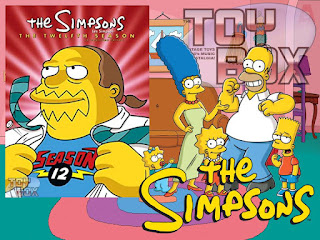 Fox missed the opportunity to breath new life into the show, which in turn could have brought in a new audience. The show could have even potentially been redeveloped into The World Of Springfield, where The Simpsons themselves are no longer the show runners, and this new iteration goes on for the next thirty years under the guise of new lead characters. 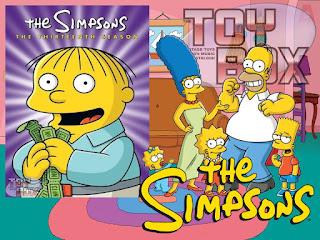 Being a young kid when it first aired, I was definitely a fan of Bart. His mischievous mindset was relatable, and his hijinks amusing. However, as I grew older, things shifted. I soon found myself favoring Homer, and actually despising Bart, who I felt needed a good spanking. It appeared that even the series runners were more so partial to The Simpsons head of household, as episodes seemed to shift focus from Bart and his antics to Homer and his struggles.

However, along the way, I also found myself invested in several other characters. Like I said above, this was helped by the overall fleshing out of the series, where even the seemingly most unimportant character suddenly got an impressive backstory. 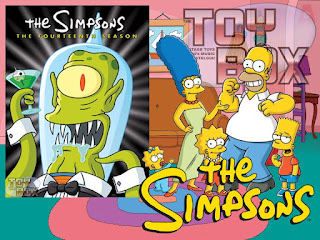 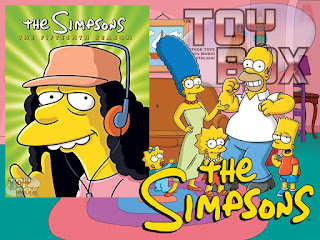 Was it a perfect show? No, not by any means. I always felt episodes were hit or miss, even during its prime. But, it did eventually reach a point where it wasn't entertaining at all. 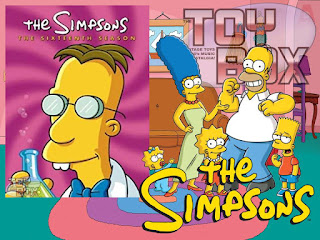 In writing the above sections on the show's decline and further decline, it really dawned on my where The Simpsons derailed for me. Flat jokes and guest stars aside, The Simpsons never evolved. The age of the characters today, are the same as they were when the series first launched. Nobody has moved forward. The characters have changed, but only as a product of our time, not because the characters themselves have grown in wisdom or epiphany with age.
I suppose to some, there is a comfort in that regard. Where we as people move ever forward in time, The Simpsons are locked in an era of time that stands still. I can definitely understand the appeal in that regard, and respect it, as I feel it's no different than how I collect 80's toys and music to stay forever grounded in that decade.

While it was no stranger to VHS home video releases during its run, leading up to the debut of season thirteen in 2001, Fox Home Entertainment began releasing the series on DVD. Up until this time, the format stayed more so geared towards movie releases, and as a result, television shows, which often needed multiple discs to capture an entire season or series, were expensive. A single season could easily cost between fifty and one hundred dollars, making them desirable to many, but too costly for some. 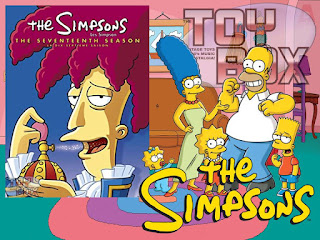 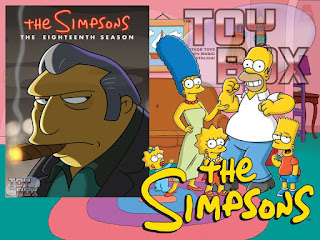 Fox released the first twenty seasons on DVD, as well as the movie, which falls between season eighteen and nineteen, and as time passed, these prices began to drop as DVD sales rose, making them a cheaper and more feasible format to produce. The average season fell between a more reasonable twenty and thirty dollars. 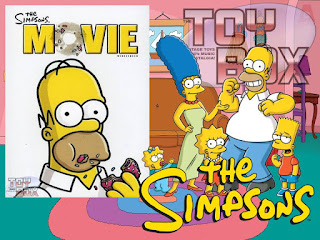 However, in 2020, Fox announced that they would cease home video releases due to sales dropping in lieu of digital downloads and streaming. While this isn't surprising, it's definitely disappointing to physical media collectors. Especially since streaming services have been known to edit content to appease the overly sensitive nature of people these days. Meaning, it's possible that the episodes in their original format could be edited out of existence if not obtained physically.

It's not impossible to think that The Simpsons would receive an ultimate home video release upon the series ending. That is of course if physical media even exists at that point. With no ending seemingly in sight, who knows if DVD's will even exist at that point. 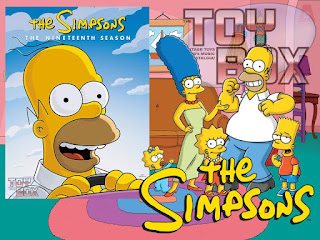 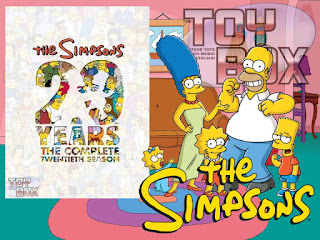 There is true wisdom in Jerry Seinfeld's decision to bow out while at the height of his popularity, and at the top of the ratings. Seinfeld is remembered fondly as a classic television series. Meanwhile, The Simpsons, when it does finally end, will go out with most people saying, "It's about time." The show has long since missed its opportunity to bow out gracefully, and go out with any form of dignity and grace.