If you're a comic book fan, then chances are you've read a story somewhere, or perhaps seen one of the movies featuring The Punisher. Frank Castle is as common place in the Marvel Universe as Peter Parker, Logan, and other such iconic staples in comic book pages.

The Punisher holds a special place in our hearts here at The Toy Box because his series of comics are one of only three that we've ever collected from the first issue to the last, as well as all spin off titles micro series and one offs (the other's being Mirage Comics TMNT and Marvel's Star Wars".

The Punisher had been extracting revenge in the pages of Marvel Comics as early as 1974 when he made his first appearance in The Amazing Spider-Man 129. However, it wouldn't be until 1986 that the anti-hero would get his own title.

The series which began with a four part mini series, was changed to five parts during production. As such, you won't find anything other than issue five that actually states it's part of a "five part mini series". All the other books reference only four. This is key to know if you're collecting the books as you may end up missing out on the final act if you don't know about it. 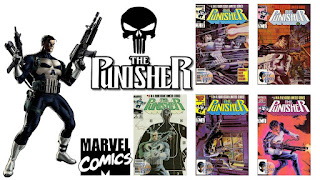 When the mini series ended in May of 1986, fans wrote in to Marvel Comics demanding more Punisher comics. This lead to the plans for a reoccurring monthly title which launched in July of 1987. In the pages, Frank Castle fought them all - mobsters, gangsters, terrorists, iconic villains, and even other heroes. If you stood in his way, you were just as guilty as the scum he was tracking down.

The series lasted 104 issues and seven annuals, wrapping up in July of 1995. 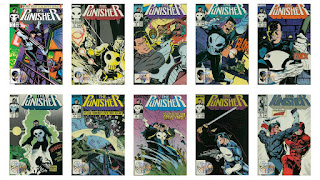 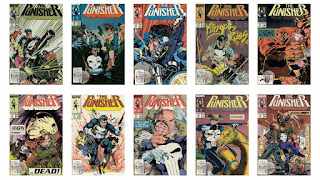 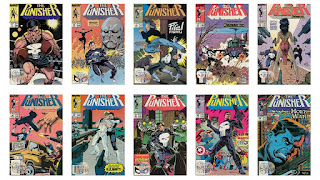 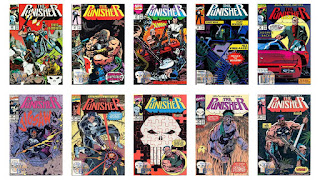 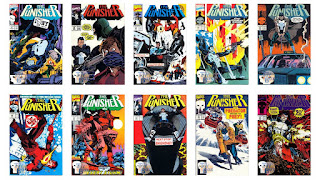 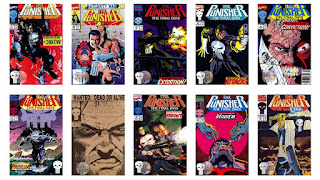 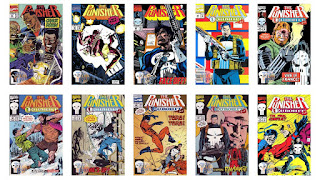 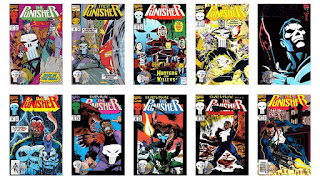 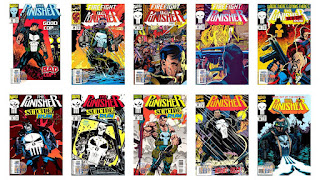 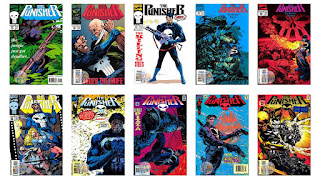 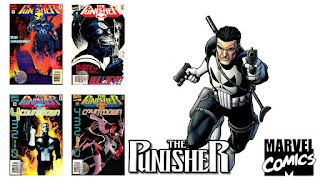 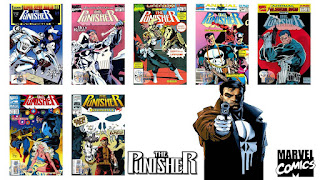 This wraps up our month long tribute to comics. Join us next Monday when we get back to toys.

Click "HERE" to go back to the home page. For more posts related to this one, please click the labels below.
Posted by The Toy Box on May 29, 2017
Email ThisBlogThis!Share to TwitterShare to FacebookShare to Pinterest
Labels: 1980's, 1990's, Comic Books, Marvel Comics, Punisher, The Punisher