"The story lines in the G.I. Joe comic book series over the past decades are far superior to that of the cartoon series." - Abraham Lincoln

Image Comics and Devil's Due Publishing did an amazing job of breathing new life into the limp / dying body of G.I. Joe. The all new series which began in 2001, and seamlessly picked up where Marvel Comics left off is one of our favorite reads of all time. The stories seemed well thought out, and the artwork was some of the best in the industry. 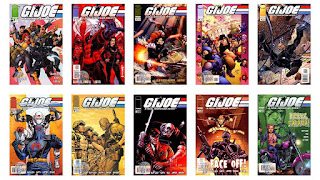 In general, comic books and G.I. Joe go hand and hand. They've been around every decade since the 40's - granted not the Hasbro iterations. Additionally, they've also been the birthplace of characters that would later go on to become majorly popular - Such as the Baroness who appeared in issue 1 of the Marvel Comic series in June of 1982.

The franchise is even notable for seamlessly crossing over with other Hasbro properties such as Transformers - Which occurred on numerous occasions. This has helped to show the series versatility to be integrated with various "realities" in the comic book universe, which has only helped to solidify its popularity even further. 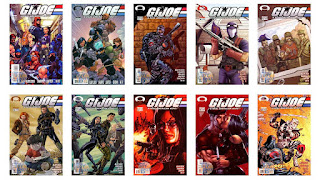 Though Image Comics began publishing the all new series in 2001, the fact was that Devil's Due were the right holders. They were simply going through Image for the publishing of the books. Fan referred to the series as A Real American Hero (volume 2), and also Reinstated (which was the title of the first four issues) - Though neither of these ever became official for the series as a whole. 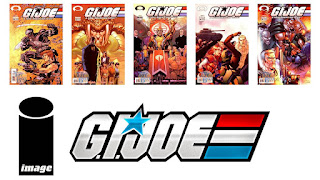 The new series was originally conceived as a four issue mini series. However, due to massive sales, and immediate selling out of first prints, the series was put into production as an ongoing monthly title.

The story line picks up seven years after the last Marvel Comics issues, and shows us several vintage characters now aged, and in Bazooka's case, out of shape. It also introduces us to several new Joe characters as well as Cobra agents.

Devil's Due Publishing eventually split from Image Comics, taking with them the G.I. Joe franchise. The company continued to publish the title for another year or so, picking up where the Image title had left off both in numbering and story. 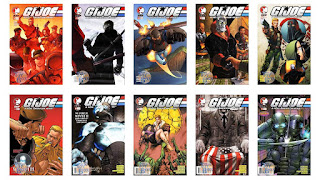 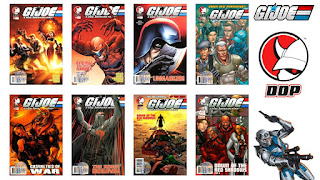 Unfortunately, as often times the case in this day and age, interest dwindled shortly thereafter on the series, and publishing ceased. However, this wouldn't be the last we'd see of G.I. Joe in comic book format. They would soon return, but that's a topic for another time.

Click "HERE" to go back to the home page. For more posts related to this one, please click the labels below.
Posted by The Toy Box on May 08, 2017
Email ThisBlogThis!Share to TwitterShare to FacebookShare to Pinterest
Labels: 2000's, A Real American Hero, Comic Books, DDP, Devil's Due Publishing, G.I. Joe, Image Comics, Marvel Comics