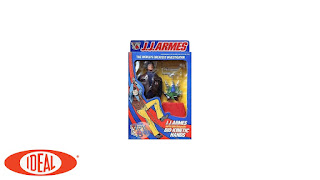 J.J. Armes from the 1976 toy line from Ideal, is a real life American born in El Paso, Texas. At the age of eleven, he and his friend Dick Caples broke into a Texas & Pacific Railroad section house where they stole railway torpedoes. This day would be life changing for Armes in many ways.

When Armes rubbed two of the railway torpedoes together, they detonated mangling both of his hands. After being transported to a hospital, both his hands were amputated. Though it is not specified when he received his prosthetic limbs, it is safe to say that they certainly don't hinder him. In fact, they may have been what pushed him to become the man he is today. 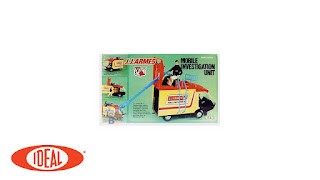 We're not to sure how the line came about. It might have been the publishing of his book, Jay J. Armes, Investigator in 1976. It could have been that the stars just aligned that day. Whatever it was that actually turned Ideal's collective heads towards the man, the end result was the short lived J.J. Armes doll and Mobile Investigation Unit playset that same year.

While we're not sure how popular the line was back in the 70's, these days the figure is rather valuable. Prices range from $20.00 to $40.00 for loose dolls - higher end prices being for those complete with the accessories and clothing. Ones in the box can sell for around $60.00 for low end condition, with mint packaging selling for upwards of $180.00.

Though the Mobile Investigation Unit isn't all that common, it doesn't sell often either. This is most likely due to sellers asking far too much than people are willing to pay. The average asking price for a loose one is around $60.00 to $65.00.

Click "HERE" to go back to the home page. For more posts related to this one, please click the labels below.
Posted by The Toy Box on December 26, 2016
Email ThisBlogThis!Share to TwitterShare to FacebookShare to Pinterest
Labels: 1970's, Ideal, Jay J Armes, JJ Armes, Private Investigator