Today would have been Walt Disney's 115th birthday were he to still be with us - Which he is if you believe the urban legend that he's cryogenically (apparently not a real word) frozen somewhere underneath Disneyland. In celebration of the day, we've compiled all the posters from the famous library of Disney Animated Classics.

Mind you, this list is heavily disputed among Disney fans. Go to one web site, and you'll see a list of 52 movies. Head to another, and that person will profess there are 58, and so on, and so on. We'd be lying if we said that we honestly knew which list was right. Suffice to say, ours comes from IMDB - Which like all the others is also disputed in the comments section. We're sure if someone finds this post online that it too will be disputed.

Since we're going chronologically, it's fairly safe to say that the list is accurate from Snow White, which was Disney's first animated classic film, through The Aristocats, which was the last classic to be approved by Disney prior to his death. From there, all bets are off. However, we're fairly positive that the list is accurate at least up until 1999's Fantasia 2000. It seems at this point is where most lists are disputed. Some claim Dinosaurs is a Disney Animated Classic, while others swear it isn't....We don't honestly care know. Suffice to say if you like the movie, and want to consider it one - Knock yourself out.

So, for what it's worth, here's what we have - Again, based on IMDB; 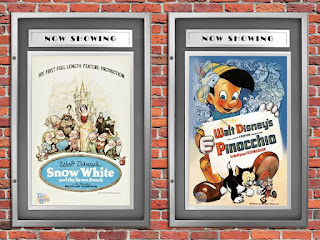 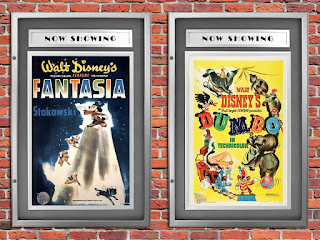 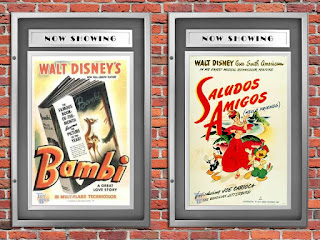 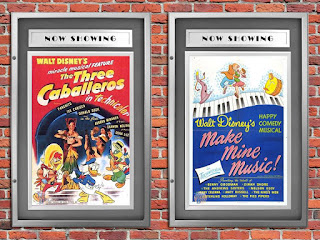 We, like all other Disney fans out there have our favorites, and our dislikes.The 1942 period beginning with Saludos Amigos, and leading through the 1948 released Melody Time definitely falls under the dislikes category. These films, while a fine piece of animation (and live action), simply don't hold up well for us in terms of general story telling. They rely too heavily on skits, and music to drive the films. More importantly - They're just so boring - Again, personally speaking. 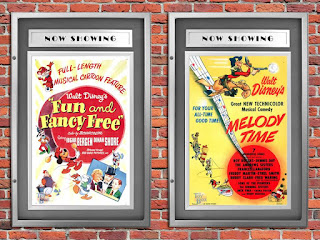 Though it's true that The Adventures of Ichabod and Mister Toad continues the tradition of building a film around skits, we actually really enjoy this one. Both main features of the film are strongly written, and are simply fun to watch. Fortunately Disney opted to return to fairy tales, and full length stories with its following entry, 1950's Cinderella. 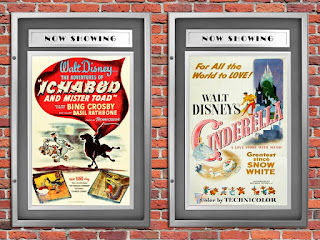 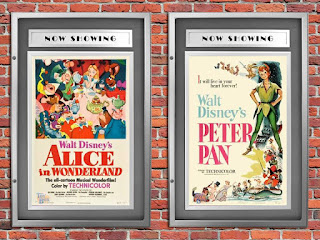 Here's a fun bit of history for you. Lewis Carroll's Alice in Wonderland is actually in public domain. Yep, if you want to create your own Wonderland story, and ship it off to the local printing press, or big screen, you're in your legal rights to do so. Neat! 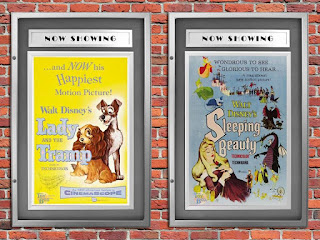 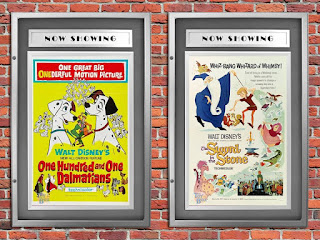 The Jungle Book and The Aristocats would be the last two films personally approved by Walt Disney. Walt passed away of lung cancer in 1966 at the age of 65 - A result of smoking pipes and unfiltered cigarettes for decades. Though it's true that Walt wouldn't be with us today as he would have been well over a hundred years old, it would have been amazing to see the direction he took the company had he stuck around for a few more decades - Not that we didn't get great films in his absence (Our personal favorite came out in 1977 starring a now famous yellow bear). 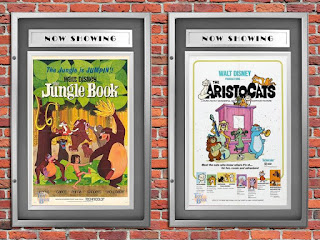 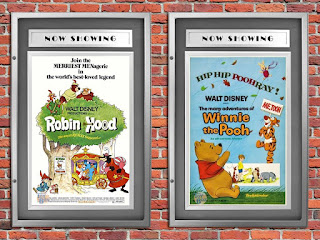 Robin Hood (1973)*The Many Adventures of Winnie the Pooh 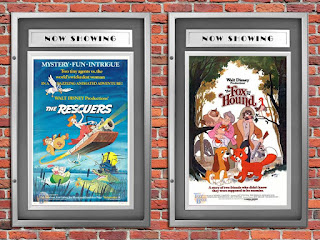 The 1980's brought with it a new style of Disney film - The beginning of the computer age. The Black Cauldron is noted for being not only the first Disney Animated Classic to incorporate computer graphics, but also the first to be rated PG, and have no songs sung by anyone. It's a classic unto itself, but definitely threw parents for a loop when it debuted in 1985. Let's just say it wasn't the Disney film many people were expecting. 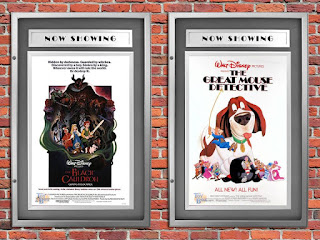 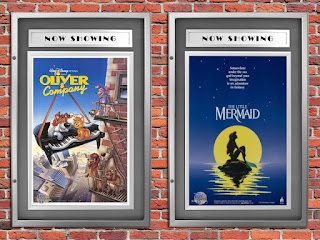 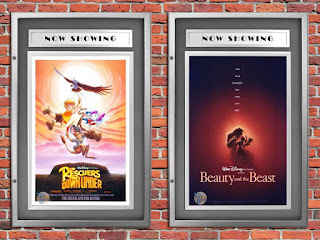 The Rescuers Down Under is the first and only sequel to be allowed into the Disney Animated Classic lineup. All others to date have either been direct to video or made for TV under the Disney Movie Toons emblem. 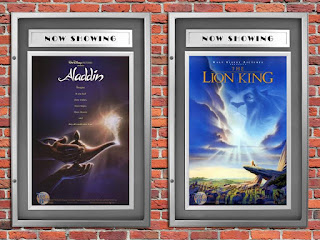 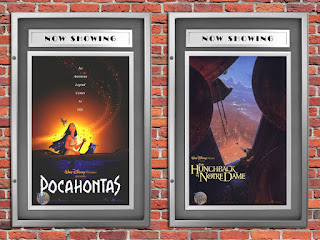 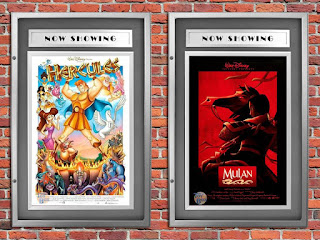 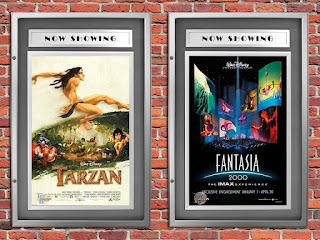 Not actually released in 2000, but rather December of 1999, Fantasia 2000 was a boast from Disney to remaster the original while adding in sequences that were intended for the original 1940's released film. It included new segues featuring the likes of Steve Martin, Angela Lansbury, Penn & Teller, James Earl Jones and more. Its biggest feature was that it was being presented in IMAX theaters. To many Disney purists, Fantasia 2000 ended up being what the Special Editions of Star Wars are to many - A horrible nightmare.

Now we come to that highly controversial Dinosaur from 2000. Mind you, it's not controversial for the film itself, but rather the point in Disney Animated Classic film history where the arguments of whether or not the various films belong in the lineup or not. We don't honestly know, so let the arguments begin in the comment section. 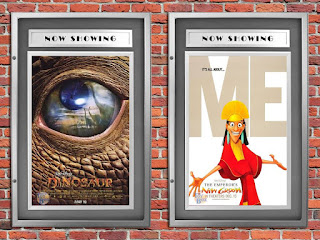 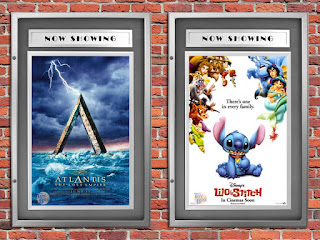 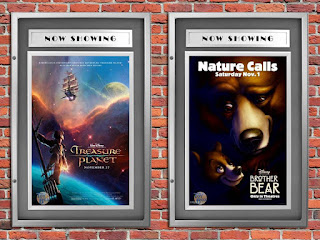 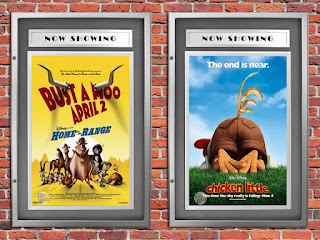 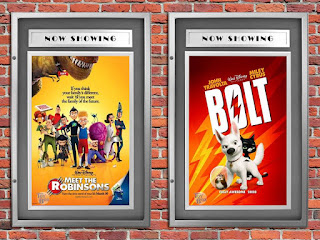 With three films in a row strictly focusing on computer animation, the world of traditional animation seemed bleak to return. That was until Disney announced The Princess and the Frog. Not only did this continue the popular hand animated style, but also introduced fans to its first non-white princess. 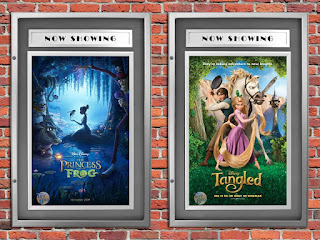 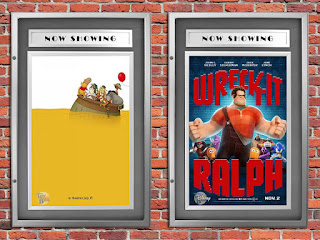 Sadly it was a short live victory as Disney would later gut its hand animation department in 2013, ceasing any plans to continue in the "outdated" style. Computers are simply faster, easier, and cost less. 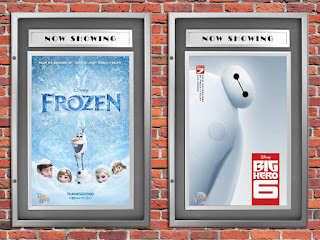 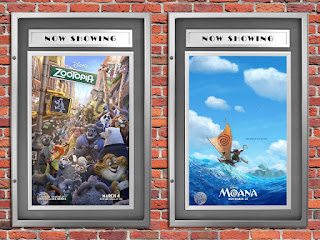 Disney has announced two projects in the works which are speculated to be a part of the Disney Animated Classic cannon - Moana (2016) and Gigantic (2018). These films keep in time with the computer animated features we have been receiving over the past few years, and it's most likely safe to say that this is the way it will be until the next best thing in animation is developed. 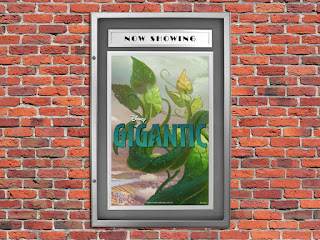 As so many Disney films have said in the past, this is "The End". We hope that you enjoyed this look at all these classic posters. Whether or not they truly do fall into the Disney Animated Classic lineup is another question - One we're sure will be debated for years to come.