Lassie (AKA My Lassie) (Gabriel Toys)

Lassie (AKA My Lassie)
Gabriel Toys
1976

The female collie dog character of Lassie has been around since the 1940's when she started in short story format by creator Eric Knight.  From their the character soared into the movies, radio, and eventually it's most popular iteration, television.

What's interesting to note about Gabriel Toys Lassie toys is that when they were produced no version of Lassie was actually being produced in either television, movie or radio.  The original television series ended in 1973.  The radio series hadn't been heard since 1950, and the last movie released with the word "Lassie in the title was in 1963.  However, with that said, the 1971 movie Big Jake is often considered a part of the Lassie cannon even the the animal featured in that film was simply referred to as "Dog."

Back on point, it's interesting that in 1976, when there appeared to be a dry spell for the character that Gabriel Toys would come forth with the toys you see below.  Granted, there weren't many.

The first piece, Lassie and Her Friends included the dog, and a small boy.  Though the boy isn't named on the package, it's assumed by many that this is a depiction of the character Timmy from the original television series. 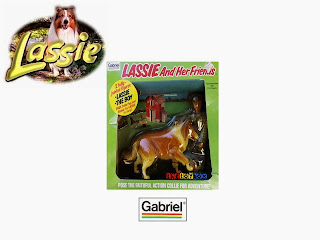 Lassie and Her Friends

The second piece was entitled My Lassie, and featured the dog, a cart, and a smaller dog in a basket which a handle that fit into Lassie's mouth. 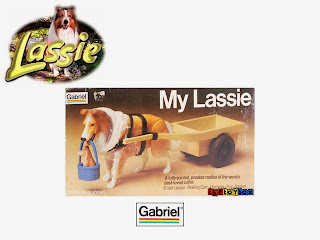 The last piece, and largest was Lassie's Farm.  Yes folks, Lassie was so rich that she owned her own farm which included a horse to lug that cumbersome cart she has above.  That's called outsourcing. 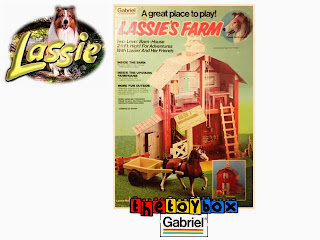 Though it's rather common to find the single dog on secondary markets, not many people appear to be selling the actual sets, let alone complete in the box.  While you would think that this would make them fairly valuable if found in the box, sadly this isn't the case.  We've seen the entire playset sell for as little as $32.00.

Join us next time when we take a look at Bugs Bunny Playhouse! 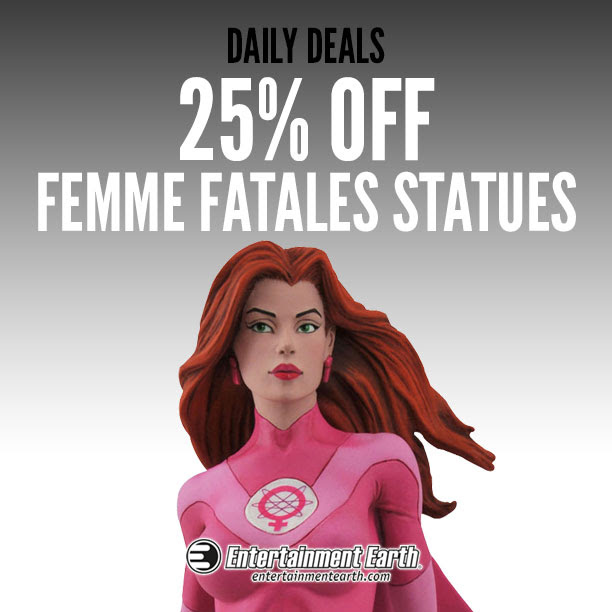 Posted by The Toy Box on June 30, 2014
Email ThisBlogThis!Share to TwitterShare to FacebookShare to Pinterest
Labels: 1970's, Gabriel Toys, Lassie, My Lassie