When it comes to characters like The Incredible Hulk, you either love him, or you hate him. At least with the people we have come across that is the case. There just doesn't seem to be a Hulk size amount of love going around for the large green lug. Though the fans whom follow him, follow him loyally, thus TRUE Hulkimania has been swinging strong since his very first appearance in issue number one of The Incredible Hulk in May, 1962.

Since then the character has seen some major overhauls both in physical and mental stature, and been memorialized on film several times over from movies to TV shows.

But, more importantly, since the days of Mego, The Hulk has been getting his fair share of representation in plastic. Today we're going to look at a few of those series which were produced by Toy Biz between 1996 and 2004.

Toy Biz had already found great success in the toy isle with its release of the Marvel Superhero and X-Men line, and was dominating sales continually with more lines based on Marvel's comic greats. It was only natural that The Hulk would get his chance to shine in a series of his own.

The line launched in 1996 with what was respectively known as Series 1. Six figures were produced, though half of them were simply variations of The Hulk himself. 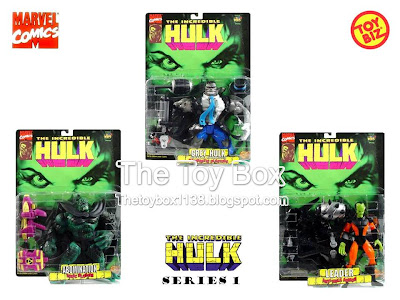 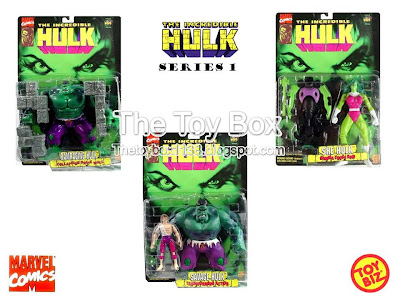 The series did well enough to spawn a sub series entitled Transformations. The set included four figures, which once again dedicated half of them to variations of The Hulk. The Transformation figures were released in 1997. 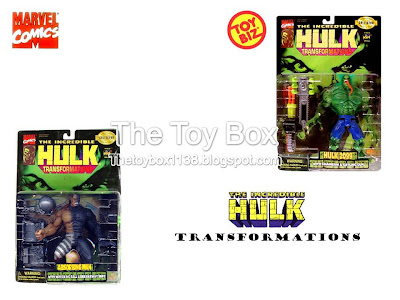 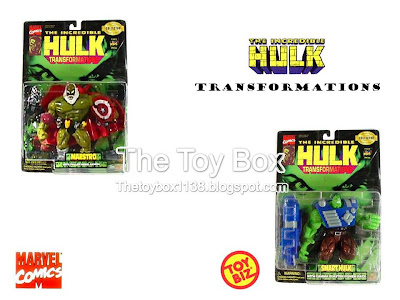 It's uncertain if the remaining figures released in 1997 were a part of the initial line of toys, or a series unto themselves. The first new line of toys were released under the guise of "Outcasts", and the package was completely redesigned, thus adding to the confusion as to whether or not this was a new line, or a continuation of the prior one.

Five figures were released, with two being variations of The Hulk. 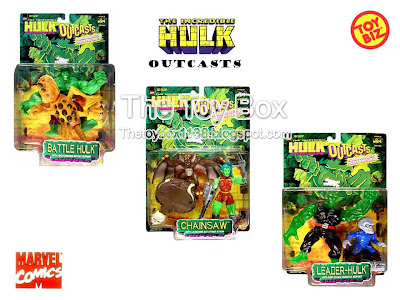 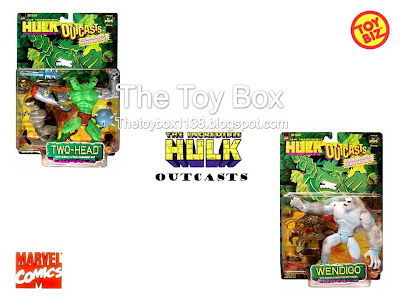 Also in 1997 was the release of the Crash and Smash line. The packaging resembled those of the Outcasts line, and once again five figures were produced (which once again two of which were The Hulk). 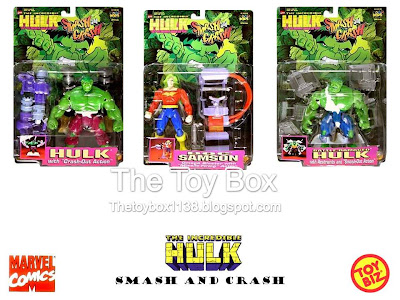 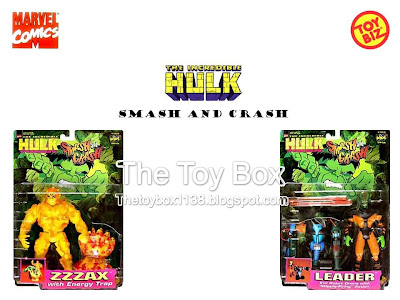 The Hulk took a long hiatus shortly after the Crash and Smash figures were released, and didn't return until 2004. With even greater detail, a changed up packaging, and a whopping five variations of The Hulk (out of only eight figures) between the two series produced. 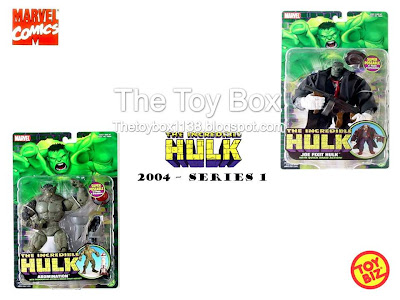 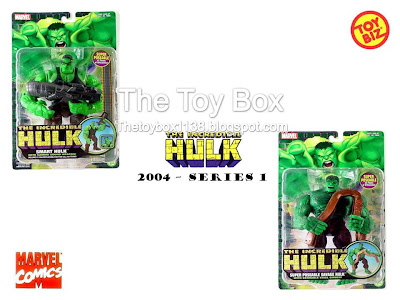 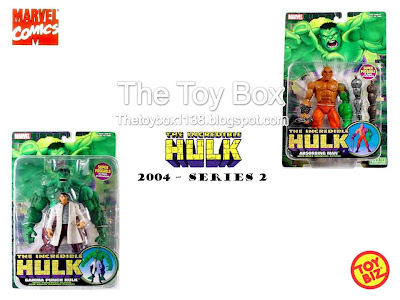 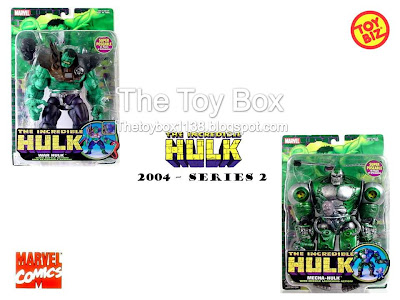 In 1996 ToyFare magazine offered an exclusive She Hulk figure dressed in her (New) Fantastic Four outfit. Though unlike most special offers where one need only send in a handful of proof of purchases, an order form, and a check for postage, ToyFare gouged collectors by demanding a year long subscription to their magazine for the figure. To add insult to injury, if you were already a subscriber to the magazine, you were not eligible to get the figure unless you cancelled your current subscription, and re-subscribed. 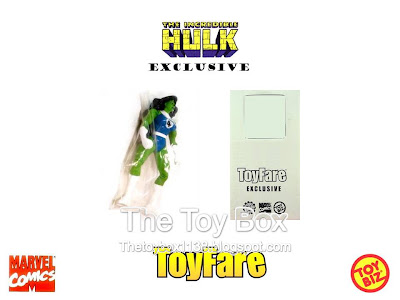 One playsets was (re)produced for the line, the Electronic Rage Cage. I don't know what Toy Biz thought was so amazing about this playset, but no matter what line of toys were produced for The Hulk, you could rest assured that a Rage Cage was not far behind. This is the second of four different ones that have been released to date. 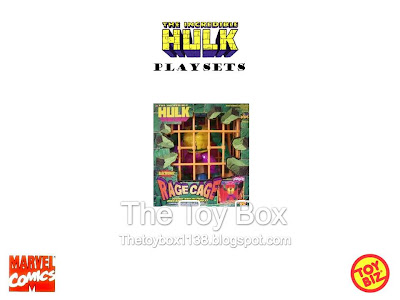 Hulk toys have been in abundance these days, especially with the release of the two movies. Though for some reason, they come and go relatively quickly, with the majority of them ending up in the clearance bins. Like we said when we first started this post. You either love him, or you hate him. So we suppose it's best to produce small lines that fans can get their "fix" off of, and quickly move on, releasing new lines periodically to keep them coming back.

Toy Biz has done an excellent job over the years giving the Green Guy his fair share of time in the spotlight.

Join us next Monday for our look at Garbage Pail Kids - Cheap Toys!

Click "HERE" to go back to the home page. For more posts related to this one, please click the labels below.
Posted by OK Records 1138 on January 23, 2012
Email ThisBlogThis!Share to TwitterShare to FacebookShare to Pinterest
Labels: 1990's, Comic Book Toys, Hulk, Marvel Comics, The Incredible Hulk, Toy Biz