Masters of the Universe - Snakemen (Mattel)

The year was 2003. Eighties nostalgia collecting had rocketed onto the scene, and toy companies such as Hasbro, Mattel and Kenner were desperately trying to cash in. Every week the toy isle was overstocked with old faces from the past. From He-Man to G.I. Joe to Star Wars and Transformers - Everyone's favorite 80's toys were back, though usually with an updated look.

By 2003 Mattel had already re-launched the He-Man series in the form of action figures. Due to lackluster sales, a different approach was taken to the series, a much more dark, and twisted one. Thus the Masters of the Universe Snake Men (or Masters of the Universe Vs. Snakemen) line was born. Big muscles and frightening sculpts was the name of the game.

While several figures were released, the majority were repaints from the prior re-launched toy line, as well as the vintage series. This was combined with a bright green card that helped draw the eye to them.

Despite being eye catching, the series saw little attention from collector's, and early into 2004 Mattel pulled the plug. Though it wouldn't be the last time fans got the opportunity to see He-Man and his companions on the shelf. But, that is as they say, a story for next time. Until then, here's a look at the entire line of Snake Men toys. 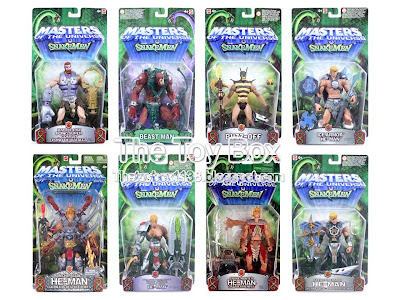 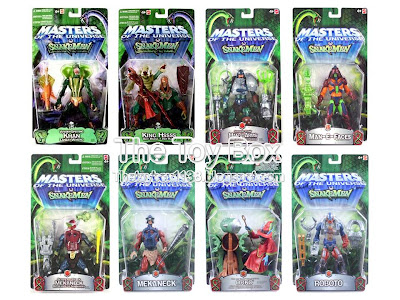 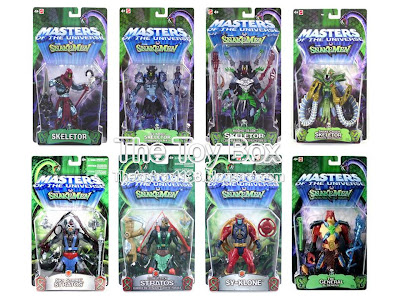 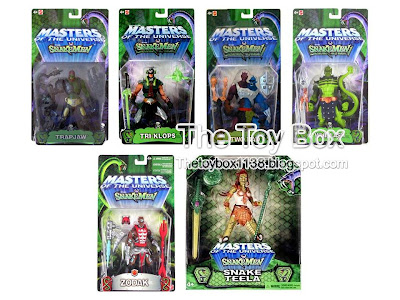 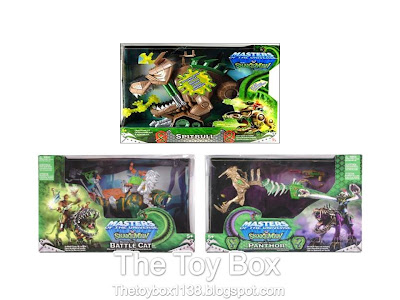 While the Snake Men toy line is an interesting one indeed, Mattel just simply didn't understand. Those of us who had been bitten by the nostalgia bug weren't look for a re-visioning of all the great toys from yesterday, we simply wanted to see what we had already had. Mattel would eventually get this right in its later line, Masters of the Universe Classics. But, again, that's a post for another time.

Posted by OK Records 1138 on January 09, 2012
Email ThisBlogThis!Share to TwitterShare to FacebookShare to Pinterest
Labels: 2000's, He-Man, Masters of the Universe, Mattel