Dark Water, which didn't initially have "The Pirates of" in the title, aired in 1991 on Fox Kids. Following a number of animation tweaks and other changes by Hanna-Barbera, those episodes were rebroadcast later in 1991 as the first five episodes of the regular series. The first season aired on ABC, while the second season aired in first-run syndication as part of The Funtastic World of Hanna-Barbera. Due to expensive production costs and failing to meet the airdates, the series was never completed, and ended abruptly after 21 episodes.

Hasbro launched a mildly successful toy line in 1991 to coincide with the animated series. Interesting about this toy line was that it was the first to incorporate a numbering system. Each figure had a number printed on the bottom right of the card next to the character name to help collector's keep up with the series.

Though small, the series covered pretty much every main stream character from the show. 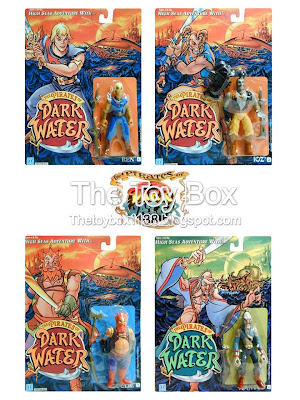 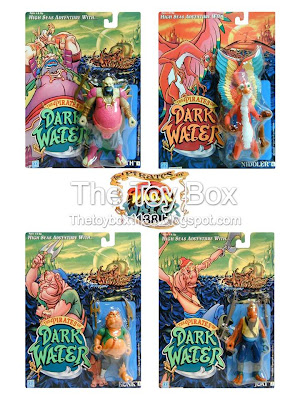 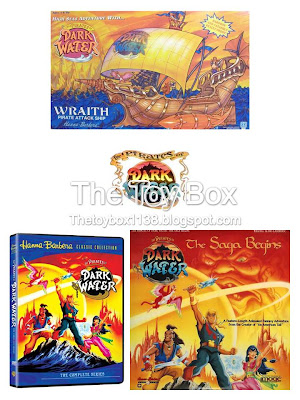 The original mini series was released on laserdisc in the early 90's. The two sided disc contained the original release of the five part mini series. In 2010 Warner Bros. released a produced on demand DVD featuring all 21 episodes. 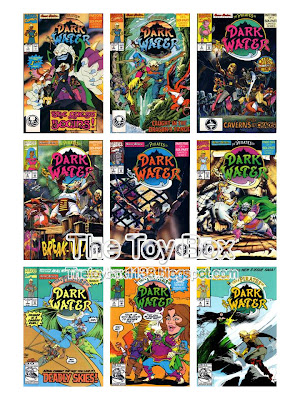 Sadly due to consistent episode delays the cartoon series was dropped at the height of its prime. Much like the original Star Trek series, it wasn't realized in time just how strong a following the series had. Many fans to this day remain disappointed that the series never saw completion. As a result of the show going off the air, the toy line and comic series were cancelled shortly after.

Some of the figures are really hard to come by on secondary markets, and the majority of them command a fair value of $20.00 - $30.00 each. Not bad for a toy line that came and went as quickly as it was released. The Wraith ship is even harder to come by, and values differ drastically from piece to piece.

Join us next Monday for our look at Masters of the Universe - Snakemen!