Sheena Easton isn't typically my thing. She's got a handful of songs I like, but for the most part, I could do with out her. The majority of her work I'm fond of is either thanks in part to, or as a direct result of Prince. So, perhaps what I really just like is Prince. 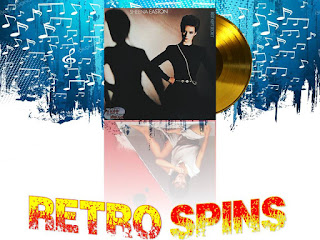 Today, I thought I would try and expand my horizons of the singer a bit with her 1983 album, Best Kept Secret. Now, from this album, I only know Telephone, and the only reason I know it is because of my sister. Otherwise, I wouldn't pay it two seconds of attention.

The album starts right up with this track, and quickly takes me into unknown territory. Um...this sounds like a bad high school student's demo. Unpolished, very generic and unprofessional. Sorry, but I Like The Fright was just silly.

Against my desire, I pushed on. I guess I was glad I did, as this led into the "pretty" Almost Over You. While I wouldn't normally like this track, it was hitting the right notes this evening. Mind you, I won't be putting it on my shuffle list. It wasn't that good. In other words, you won't find me driving down the road, windows open, song blaring, tears in my eyes as I belt out the chorus to myself...But that would be funny to see.

At this point, I honestly tuned the album out and went on to do other things. My attention was finally diverted back to it with track seven, (She's In Love) With Her Radio, and not in a good way. Man, this song was annoying!

I was officially done at this point. The remaining three tracks each got thirty seconds to make or break it. It broke hard.

The album was garbage. Total garbage. I don't know that it's even worth holding onto for Telephone.

Click "HERE" to go back to the home page. For more posts related to this one, please click the labels below.
Posted by The Toy Box on November 22, 2022
Email ThisBlogThis!Share to TwitterShare to FacebookShare to Pinterest
Labels: 1983, 80's Album Review, 80's Music, 80's Music Review, Best Kept Secret, Music of the 80's, Retro Spins, Sheena Easton