Back in July of 2017, I began collecting the first of what would eventually become many G.I. Joe figures. When I started, the goal was to collect strictly within the realm of 1983 to 1987, with the exception of a handful of figures I had as a kid from '88 and '89. As of yesterday, I've completed my 1983 run, with 1984, 1985 and 1987 having been completed on prior dates. As for 1986, I'm missing only five figures. The Special Missions Brazil set which featured Dial-Tone, Wet Suit, Leatherneck, Mainframe and Claymore. My plan is to finish those up in June.

In the interim, I thought I would share with everyone a new Dirty Dozen's post featuring the top twelve most expensive figures I've accumulated. Mind you, this isn't "bragging rights". More so, it's being presented for those of you out there who are actively looking at collecting vintage G.I. Joe 3 3/4 figures to be aware of the ones which will not only be difficult for you to obtain, but also quite costly.

As we get into this list, keep in mind the key fundamental aspect of collecting, which is prices fluctuate often. What I paid for these figures isn't necessarily going to be what you will. Some could be more, some could be less. Instead, use this list as a benchmark. 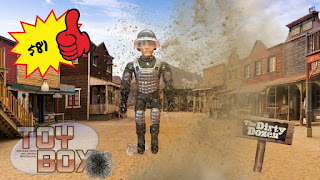 At $81.00, Grunt (V2) beat out Storm Shadow for the number twelve space by one lone dollar. He was also the last 1983 figure I obtained, just yesterday in fact. A common theme you'll see as we go through this list, is that vehicle drivers tend to be some of the most expensive ones to obtain. They're only getting harder and harder to obtain as people who only want the figures and not the vehicles continue to collect. 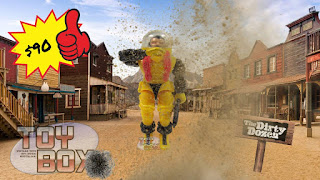 Secto-Viper is one of the few 1988 figures I have in my collection as of now. I wasn't expecting this one to be so expensive and scarce. At the time I found him, there were maybe two to three for sale with the helmet and gun. While he's still rather scarce, prices seem to have dropped quite a bit since I bought one. Looks like you can get one for around $55.00 as of this writing. 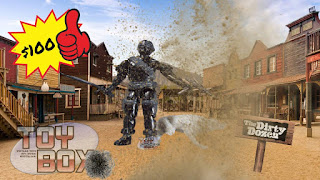 1985 Snake Eyes (V2) is probably the most popular G.I. Joe figure out there. Collectors know it. Dealers know it. And prices show it. For a figure that is by no means uncommon, the asking price of $100.00 seems a bit ridiculous. 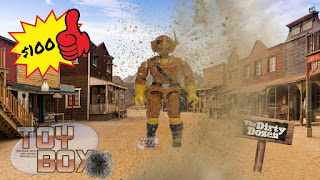 W.O.R.M.S. was one of the last two Cobra figures (Techno-Viper being the other) that I needed to complete my 1987 "bad guys". However, I was having a great deal of difficulty finding one complete. Being removable, the little antenna on the top of his helmet tends to be missing. As a result, this figure has skyrocketed in price. Without the antenna, this figure sells for $20.00 all day long. 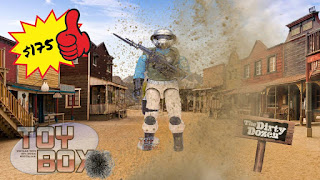 I didn't actually buy this Steel Brigade figure. Instead, it was bought for me as a Christmas gift. However, having sent the link to the person who paid for it, I know it set them back $175.00. With five different versions available, not including the infamous blue version released later, this would be one expensive set to complete if you were going for all the variations. I am not. 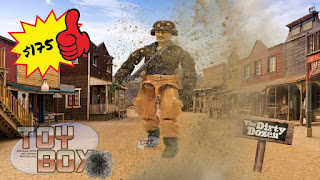 When I first came across Rumbler, I actually ended up passing on him. Between the price and his very bland look, I didn't feel this was a figure I was really going to need in my collection. I ended up taking the plunge at the same time I bought Fast Draw, who finished up my entire 1987 run. 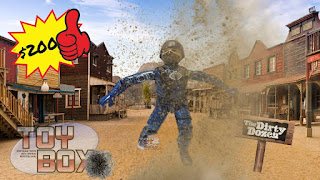 Cobra Viper Pilot was the second figure I received as a gift along side the aforementioned Steel Brigade. Again, because I sent the link to the person who bought it, I know what they paid for it.

What makes this figure so difficult to find is that the majority of them are missing the chest logo. This is because the figure came with the 1983 Cobra Attack Glider, and the majority of the toys got launched through the air to meet hard scraping landings on the ground. This resulted in a lot of the figures being damaged over time. Mint ones are not only getting harder to find, but more expensive. 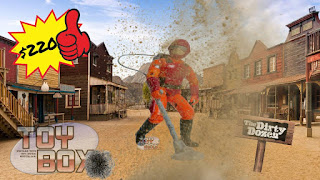 Listen 'N Fun Tripwire, much like Rumbler, was a figure I didn't necessarily want in my collection. However, something about it started to intrigue me more and more, and it only got worse as I continued to tick off figures on my 1985 list. He was the very last one I purchased to complete the year. 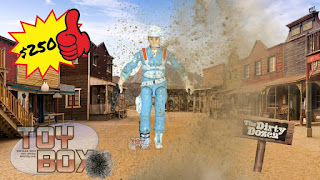 The Defiant Space Shuttle is a rare vehicle in and of itself, and the figures which accompanied it are no exception. Hardtop suffers from missing accessory syndrome all the time. His little microphone on the side of his hat and gun are some of the toughest accessories to come by. However, even without them, the figure can sell for upwards of eighty to one hundred dollars. 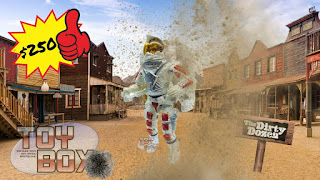 Payload, Hardtop's counterpart, seems to be all the more difficult to find complete. The figure itself is incredibly scarce, and finding one with the arms / controls of the backpack can be challenging. There was only one listed as complete at the time I bought mine. 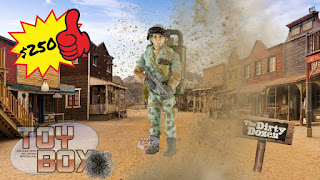 I knew that Starduster was a mail away figure, but I was ill prepared to find out just how highly sought after, and as a result, expensive he was. I learned all of this during a trip to Timonium for a Dave Hart Show, and after looking him up online as I held one in my hands, I decided I couldn't leave it there. Much like Steel Brigade, there are multiple versions, so collecting a complete set can easily cost you over a thousand dollars. I'll stick with one. 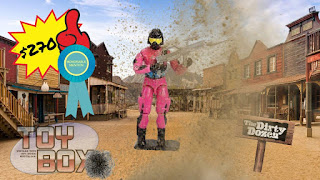 Something I typically don't do for my Dirty Dozen posts is give an honorable mention. However, since the 1993 Create A Cobra figure is one I hope to obtain soon, I thought I would throw him in. Technically, if prices stay the same, he'll end up in the number two spot on this list. 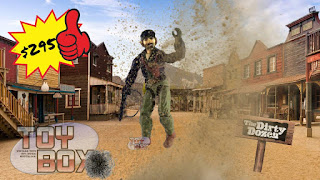 Number one on the list may surprise you as much as it surprised me when I bought it. When I first went to purchase 1985's Heavy Metal, I thought, "It's just another random and cheap vehicle driver that nobody wants. Shouldn't be difficult." Boy was I wrong. Turns out Heavy Metal is the holy grail of G.I. Joe figure collecting, and it all comes down to that little detachable microphone on the side of his head. Not only did this piece go missing on the majority of them out there, but the figure was re-released in 1989 under the name Rampage without the microphone and a different gun.

At the time I purchased it, there was only one available. When I saw a second one pop up a few weeks later, I figured I would buy it too as an investment to get more Joe's later. However, that one went for over $400.00 to someone else! One sold in the past week went for even more, and there are currently none available (complete) on ebay.

This figure should be taken into strict consideration when deciding whether or not you really want to start collecting G.I. Joe figures. Especially if you're a completest. He falls right in that sweet spot of Joe figures, 1985. This is an era which many fans find highly desirable and are collecting rampidly. As such, he's only going to get harder and harder to obtain.

Again, prices are subject to change daily, so take this list with a grain of salt. If you're utilizing it, then do so with the understanding it's a benchmark for when I bought these figures, which was between 2017 and yesterday.

Click "HERE" to go back to the home page. For more posts related to this one, please click the labels below.
Posted by The Toy Box on May 19, 2019
Email ThisBlogThis!Share to TwitterShare to FacebookShare to Pinterest
Labels: G.I. Joe, Hasbro, The Dirty Dozen