I've never actually seen the film ParaNorman. In fact, I don't think I had even heard of it until I came across this series of figures. From what I can gather based on the Wiki page, it's really nothing short of yet another random 3D animation film thrown out there in the midst of 2012 when pretty much every company was jockeying for some form of blockbuster children's movie. The film appeared to be successful in that vein having received relatively positive reviews from critics, so with that said, maybe one day I'll actually check out the movie.

For now, I want to explore the line of toys released by Huckleberry the same year the film was released. 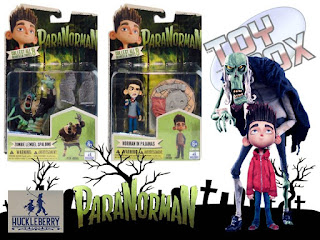 
The kids in the line don't necessarily thrill me, but again, I haven't seen the movie, so I don't really know who they are. It's the zombie characters which stand out for me. 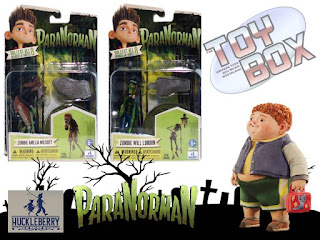 
It's impressive that Huckleberry created eight different figures for the line, but disappointing at the same time that there was nothing for the figures to interact with. Again, I haven't seen the movie, but can I at least get a playset or vehicle here? 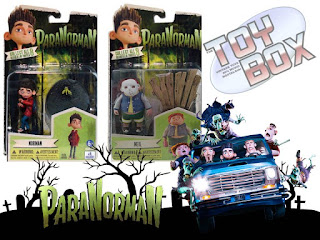 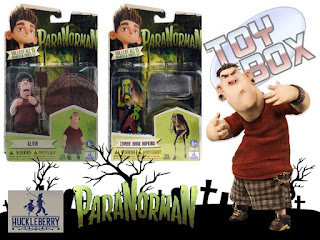 
In addition to the base set figures, Huckleberry released a set of four figures at San Diego Comic Con which featured either different outfits or glow in the dark abilities. 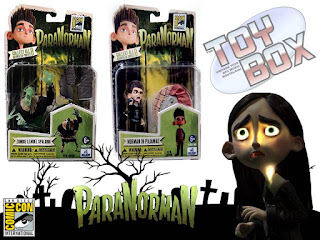 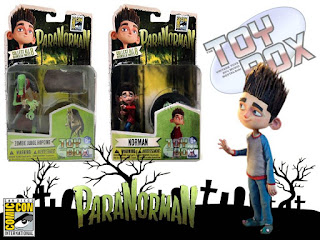 It's a neat line, but overall pretty forgettable for me.

Click "HERE" to go back to the home page. For more posts related to this one, please click the labels below.
Posted by The Toy Box on May 13, 2019
Email ThisBlogThis!Share to TwitterShare to FacebookShare to Pinterest
Labels: 2010's, Huckleberry, Paranorman