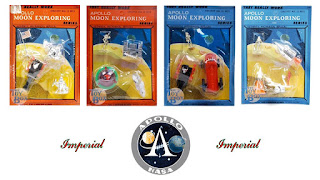 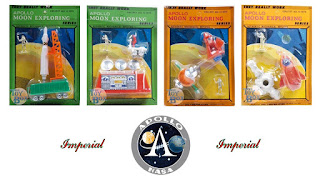 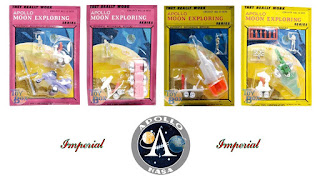 Unfortunately the sets are very difficult to track down. They can be found here and there on secondary markets, but putting together a complete set can prove challenging. When found, the sets sell for about $25.00 a piece.
Click "HERE" to go back to the home page. For more posts related to this one, please click the labels below.
Posted by The Toy Box on March 06, 2017
Email ThisBlogThis!Share to TwitterShare to FacebookShare to Pinterest
Labels: 1970's, Apollo Moon Exploring Series, Apollo Moon Landing, Imperial, NASA