You know, as we sat down to post this particular...er, post...We had to honestly take a step back, and ask, "Does Kurt Russell actually make good movies? Or are they just cult classics due in part to the iconic characters and one liner quips?" Don't get us wrong, we enjoy films such as Big Trouble in Little China, Tombstone, and yes, even Overboard (to an extent)...But, did the general public and critics? 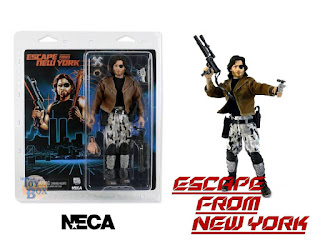 Kurt Russell ranks number sixteen on IMDB's list of Worst and Overrated Actors. However, in general it's rather difficult to take this list serious when it includes (at the time of this writing) the likes of Michael J. Fox (#17), Sylvester Stallone (#24) and Hugh Jackman (#4) - Just to name a few. Sorry, but Back to the Future, Rocky and the X-Men films were pretty good as far as we're concerned - As were the actors who played their respective rolls in them. So again we ask, Does Kurt Russell make good movies?

UPDATE Before it's even posted...

As many of you know, we prepare posts well in advance. The particular one has been ready to go since mid August. The answer to our question above oddly enough came a few weeks after we scheduled this post, and that answer is yes. Cool and Collected host Brian loves Kurt Russell so much that he wants a life size wax figure. Brian, you answered our question, and you didn't even know at the time that we had asked it.

We may never know the answer to that question - Past our own personal opinion. However, what we do know is that in 2014 NECA produced a one and done Snake Plisskin based off of Russell's 1981 film Escape From New York (Written and Directed by Horror Icon John Carpenter). Whether you like the man or not, there's no denying that the amount of detail that went into this particular figure is spectacular! It captures the character to a "T". 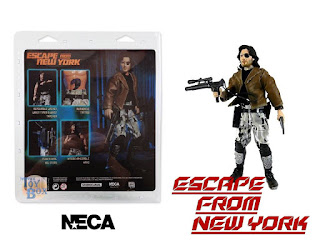 Because it's a relatively new figure, Snake isn't difficult to come by. You're looking at spending about twenty-five to thirty on him - Which in reality is only about ten dollars (at the most) more than the original retail price. Of course, much like the list of Worst and Overrated Actors above, these prices were noted at the time of this writing - Which in all actuality is August of 2016. We work rather far in advance here at The Toy Box to ensure that there's a new post each and every week.

Click "HERE" to go back to the home page. For more posts related to this one, please click the labels below.
Posted by The Toy Box on October 17, 2016
Email ThisBlogThis!Share to TwitterShare to FacebookShare to Pinterest
Labels: 2010's, Escape From LA, Escape From New York, Kurt Russell, NECA