Batman posts seem to always come in pairs of two around here. Not sure why that is.

The Return of Bruce Wayne was a six part story arc which took place in the various Batman related titles in  2010. The story is written by Grant Morrison, and featured six different artists (one for each book).

The story revolves around Bruce Wayne being lost in time after being deposited in the past by Darkseid in the pages of the story Final Crisis. Each story takes Wayne through a different period of time, respectively - Prehistoric, during the period of witch hunts, pirating, the wild west, noir and present time.

Since being published original, the story has been collected into an individual volume which can still be purchased from various book retailers such as Amazon and Barnes & Noble.

In 2011, DC Direct produced four figures based on the various time frames in which Bruce Wayne visits - High Seas, Prehistoric, Wild West and Witch Hunter. No, you're not going to find your Jokers, Riddlers or Two-Faces here. Everything is Bruce Wayne related - As it should be. If we had one complaint it would be that DC Direct could have, and should have released the remaining two Bruce Wayne figures as depicted in the other two remaining books - Noir and present time. 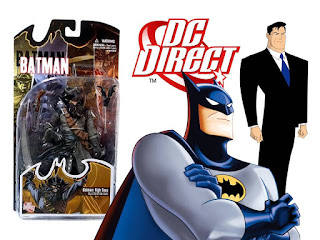 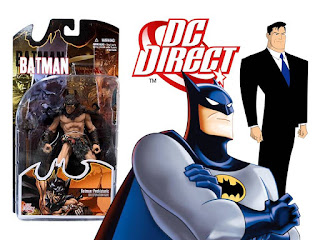 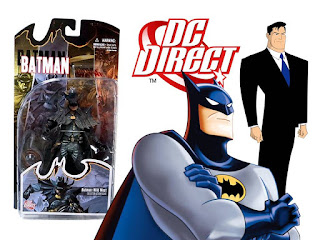 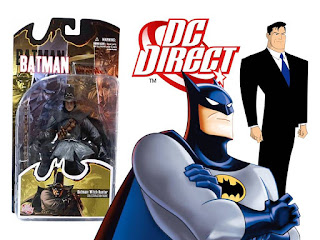 Prices are somewhat all over the map for these figures. A lot of sellers price them for fifty dollars or more, when in reality most people are willing to pay between twenty and forty dollars a piece for them.

Additionally, if you're interested in reading the story arc, you can track down the individual issues fairly cheap. A lot of comic sellers drop these into their dollar boxes - Which is far cheaper than the $16.00 to $20.00 that you'll spend on the collected trade paperback.

Click "HERE" to go back to the home page. For more posts related to this one, please click the labels below.
Posted by The Toy Box on October 03, 2016
Email ThisBlogThis!Share to TwitterShare to FacebookShare to Pinterest
Labels: 2010's, Batman, DC Direct, The Return of Bruce Wayne