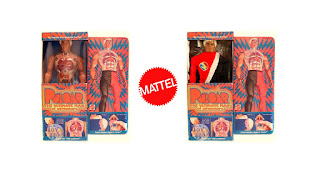 Pulsar and Hypnos are relatively unknown toy lines in today's action figure / doll world. The characters didn't make a big splash with kids in the 70's when they were released - Probably because of a little known toy line called Star Wars which was grabbing the majority of kid's (and adult's) attention in toy isles. Regardless, for what it's worth the line definitely holds a nostalgic place for some collectors, and should be considered by doll collector's as an add on to their collections.

At approximately thirteen and a half inches, Pulsar and Hypnos actually stand a good inch and a half over your typical doll of the era. Most dolls came in (and still do) came in around twelve inches, with the highly popular Mego's being even shorter at eight inches. Both dolls can be found in a vast array of packaging styles, but it's key to note that regardless of which versions you get you'll find the same accessories inside. 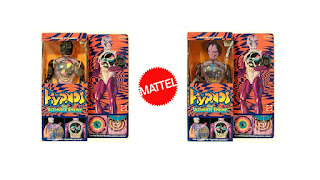 Pular comes with either his shirt on or off, and in both a standard rectangle box as well as the carded box style that was popular during this era.

Hypnos can be found with either his mask on or off, and like Pulsar, in the same box styles as noted above. 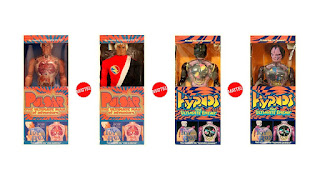 The series included on playset - the Life Systems Center which did basically what it was called - Check the vital systems of your Pulsar doll...With a little imagination of course. 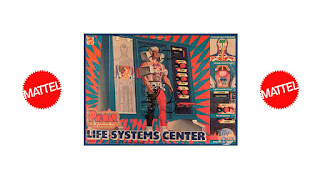 All and all, it's not a bad series. It's just one that many people don't know about. If you're a doll collector, then Pulsar and Hypnos deem checking out.

Click "HERE" to go back to the home page. For more posts related to this one, please click the labels below.
Posted by The Toy Box on June 20, 2016
Email ThisBlogThis!Share to TwitterShare to FacebookShare to Pinterest
Labels: 1970's, Hypnos, Hypnos The Ultimate Enemy, Mattel, Pulsar, Pulsar The Ultimate Man Of Adventure