Pulp Fiction was writer / director Quentin Tarantino's ticket to fame, and his license to develop the type of films he wanted to make without studio interference - For the most part. It also put him on the map as one of the most sought after directors to work with. A film under his name was big bucks for everyone involved - Even when said film turned out to not be so good.

Unfortunately for fans, while Pulp Fiction memorabilia isn't hard to come by, action figures are. Nobody seemed at all interested in producing any form of line on the infamous characters - Which is odd now that we think back on it.

Thank goodness that Funko has collector's covered with not only their Pop! line, but also their new ReAction Figures line. With eight characters to choose from, Funko definitely covered a lot of ground in what is hopefully only the first wave of figures. You can't have a Pulp Fiction line without everyone that was included below, so much to the point that while there are other characters in the film, we can't really think of any that would be "essential" beyond what was already produced. 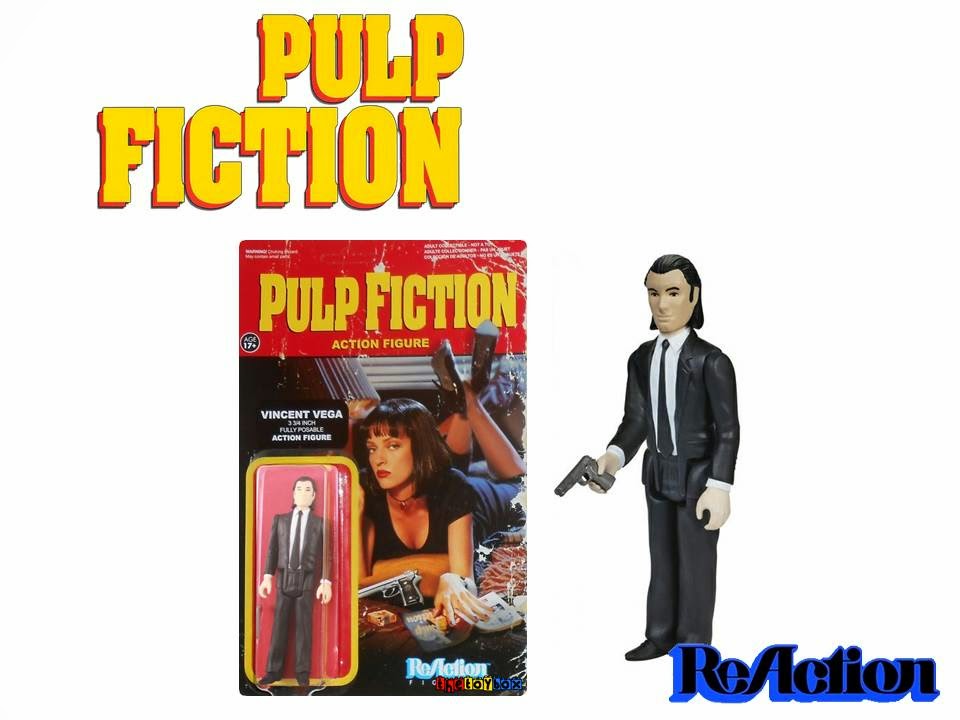 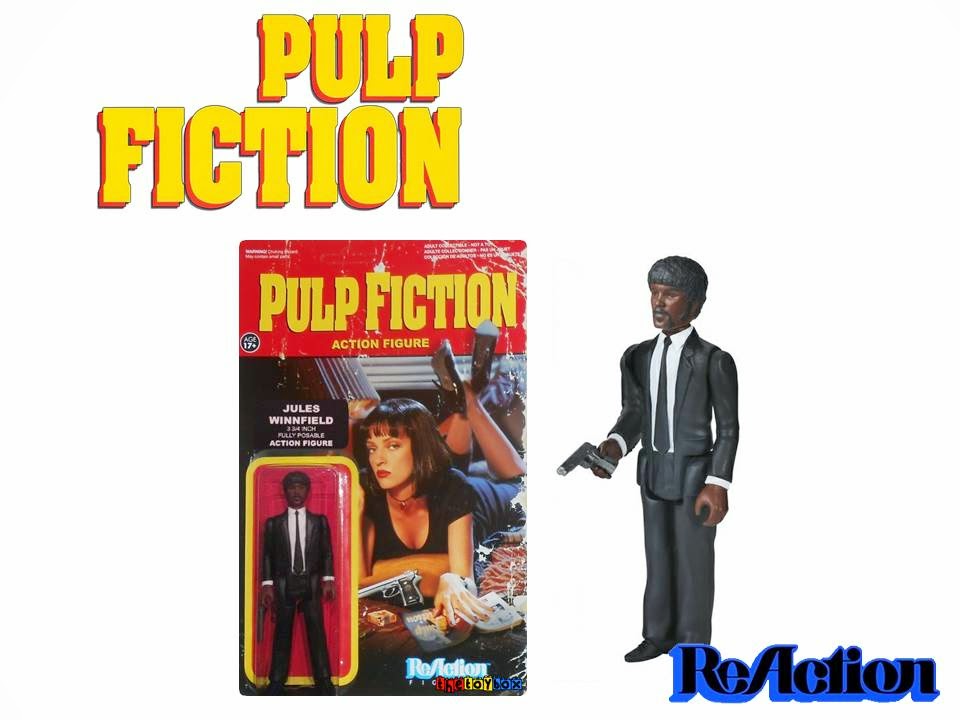 
That's not to say that there are characters we don't want to see. We'd love to see Honey Bunny and Ringo brought to the line - After all, they're the two characters we are first introduced to in the film. Of course there's also Lance, Jody, and let's not forget Captain Koons. We'll also happily take Vincent and Jules in Jimmie's shorts and t-shirts and Marvin - With or without a hole in his face from the gunshot he took. 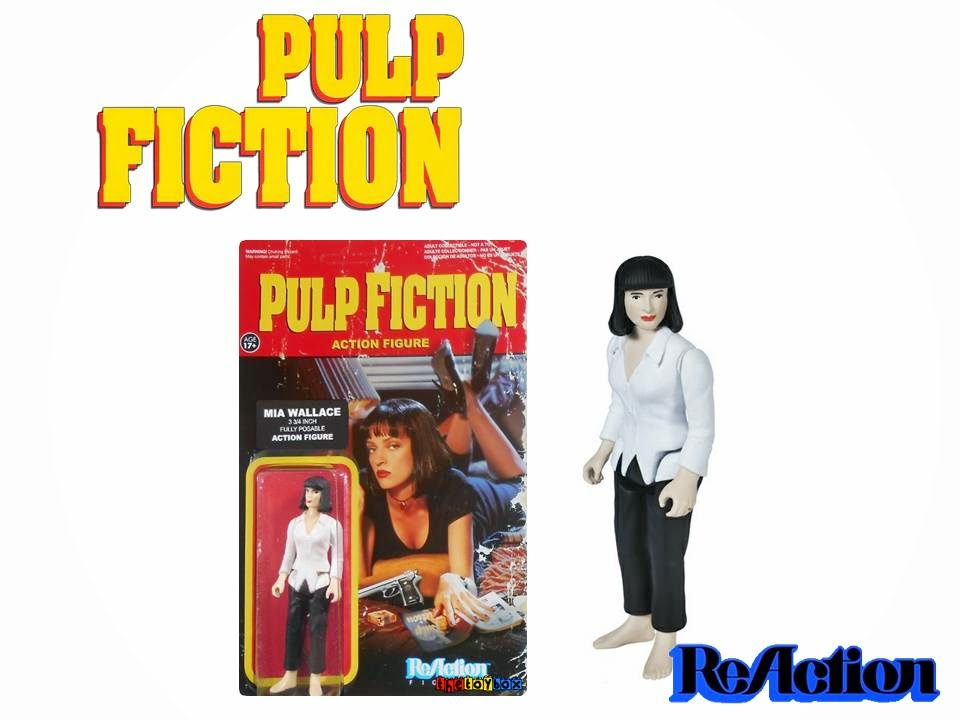 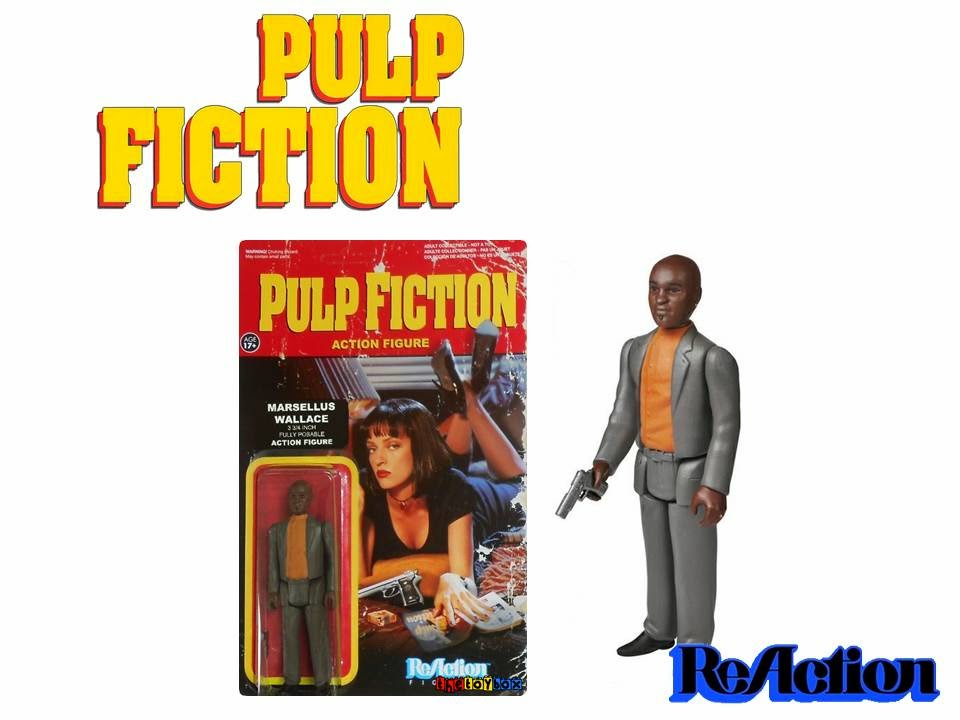 
If we had to nitpick the series, we could easily complain that the artwork looked much nicer on the mocked up prototype cards. That particular artwork (or photo as it were) was customize individually for each figure, and didn't go with the standard Uma Thurman look. 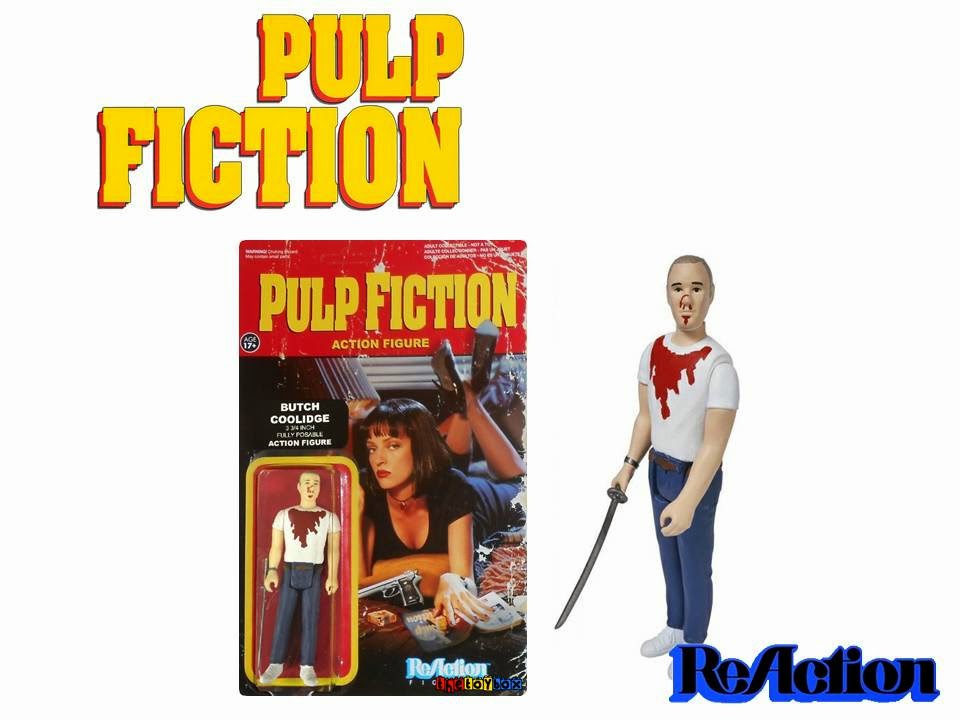 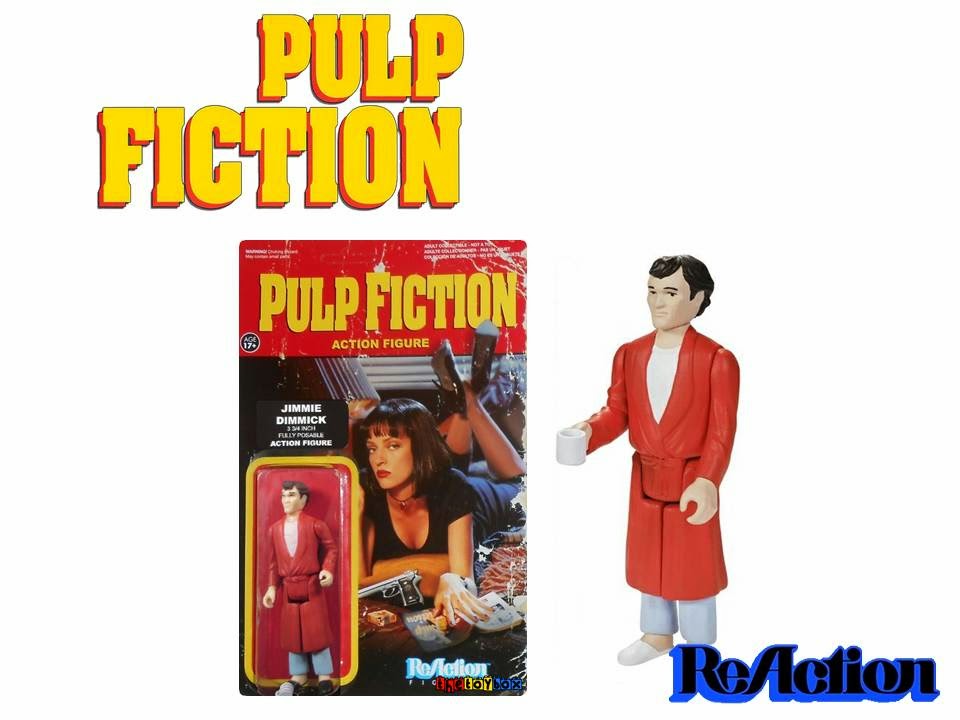 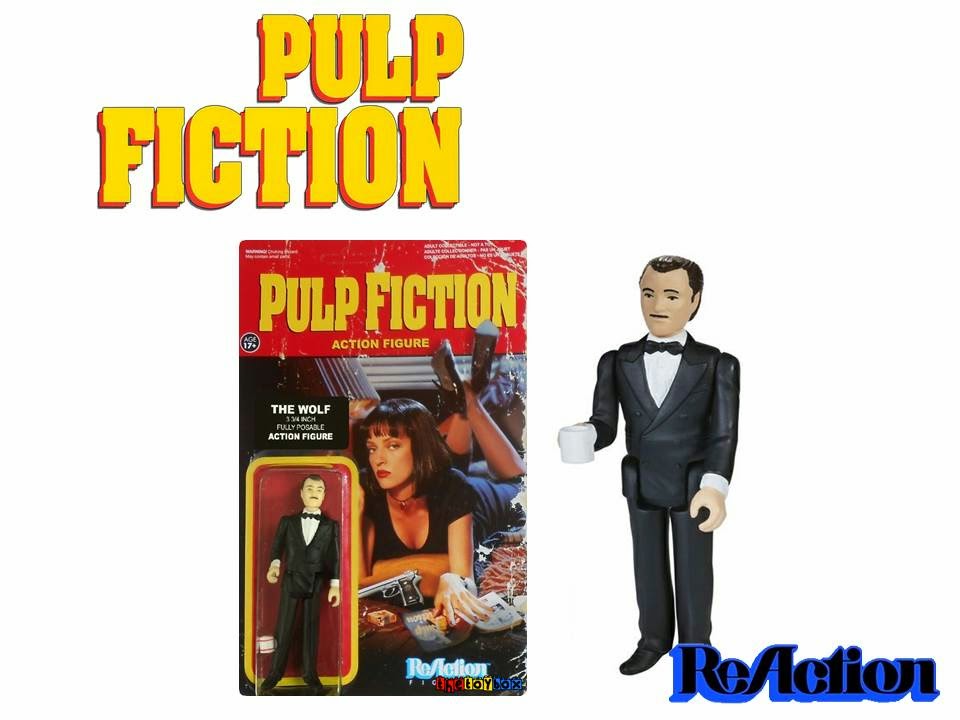 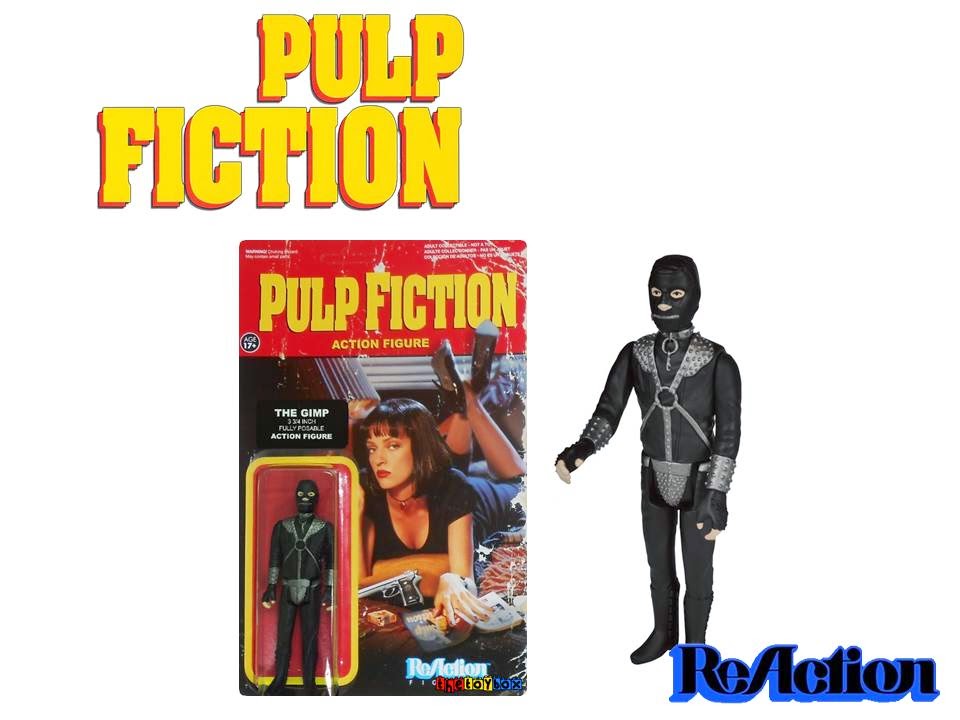 
True to Funko form, they splattered a couple of figures with painted on blood, tacked an even higher price tag on them, and called them exclusives. We're not fans of exclusives, and this is honestly why. Don't gouge my pocket for something that you're going to put little to no effort in. 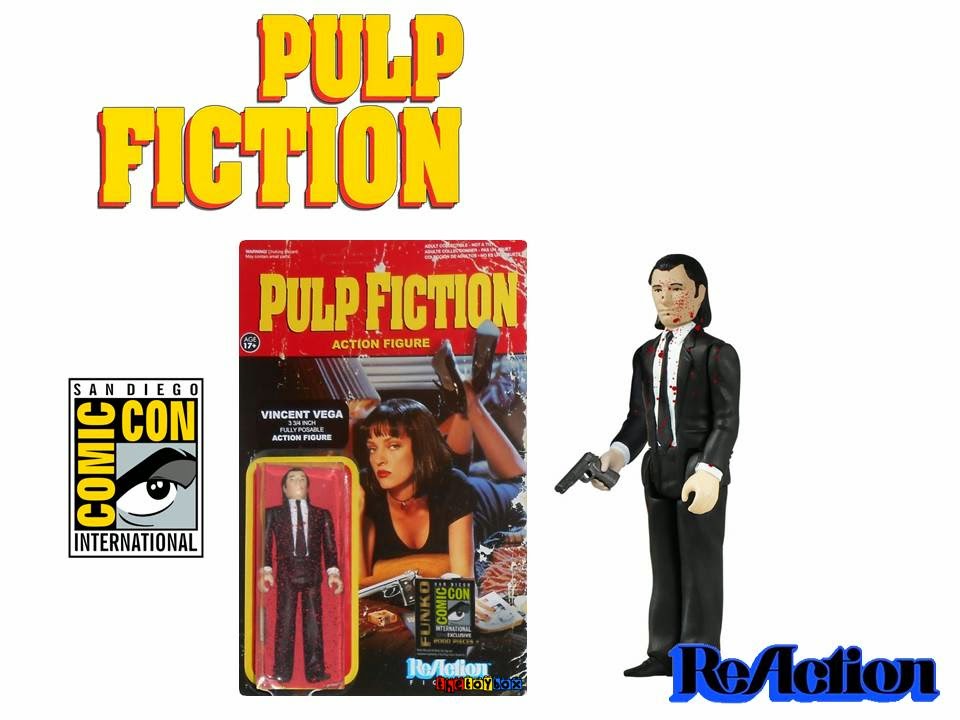 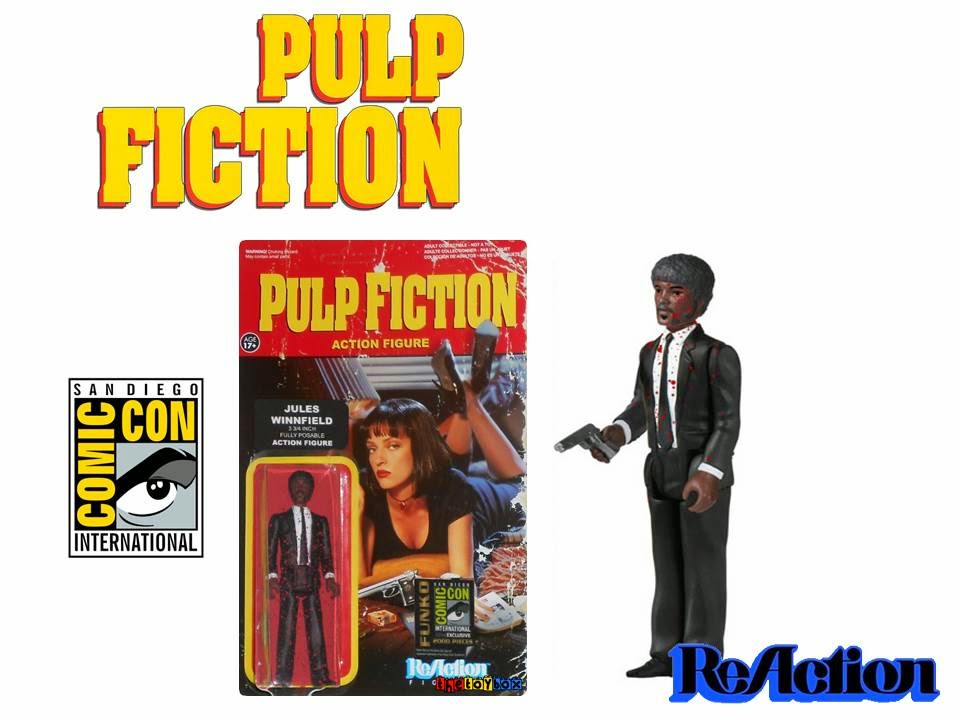 
Those looking for an exclusive with a tad bit more thought put into it can also nab The Gimp in a collectible crate. The crate itself is actually really nice because it has the film logo and series information etched into it - Though the figure is the same as the retail release. 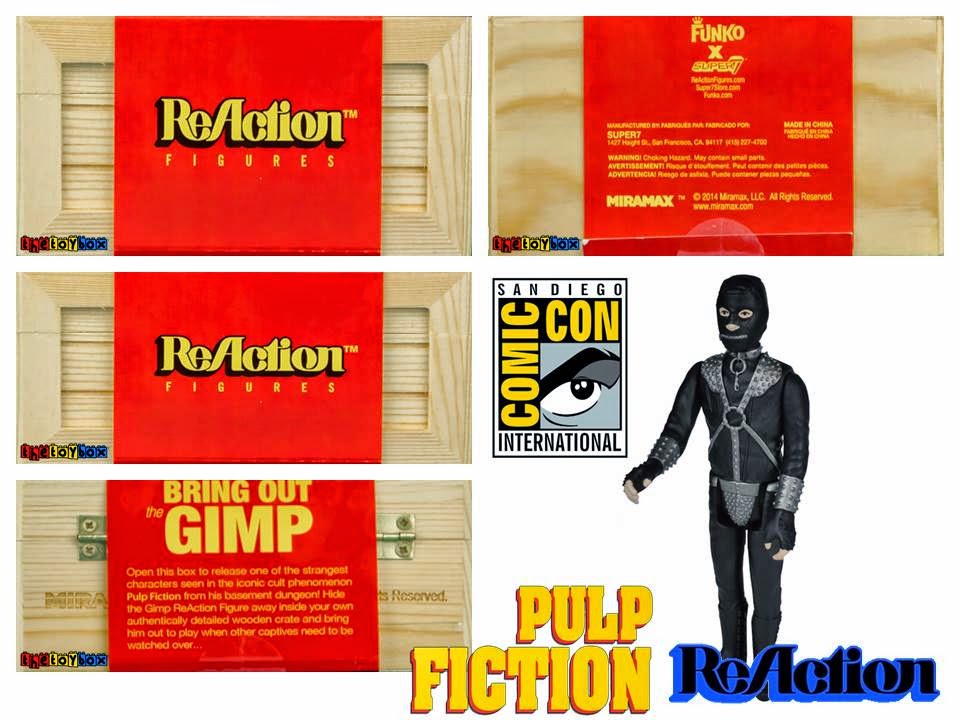 As we've said numerous times already in our prior Funko ReAction Figrues posts - Give us more, Funko...Just not more exclusives.

Join us next time when we take a look at Horror Series!


Click "HERE" to go back to the home page. For more posts related to this one, please click the labels below.
Posted by The Toy Box on September 14, 2015
Email ThisBlogThis!Share to TwitterShare to FacebookShare to Pinterest
Labels: 2010's, Funko, Pulp Fiction, ReAction Figures