What an incredibly busy and lucrative two months Playmates Toys has had! New product after new product has been hitting store shelves at a rapid pace as well as a healthy amount of repacks.

The hard to find, long announced Karai Serpent is finally hitting U.S. shores. Though she's not in abundance just yet, she is steadily streaming into stores. She comes one per case, so patience is a necessity with this one. Much like April, she's going to be a short pack, and relatively scarce. 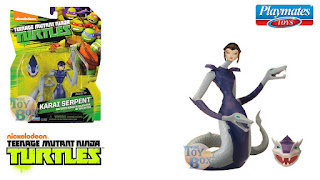 Also finally hitting store shelves are the remaining Head Droppin' Turtles. For those of you that have Leonardo and Donatello which were released several months ago you can now round out your Turtles with Michelangelo and Raphael.

A problem we're noticing with these figures is the legs going missing. Because there's a large rectangular slot at the knees so that people can try out the features of the figure, the legs are either being removed from the toys, or falling out during production. Either way, we've seen quite a few figures sans legs. 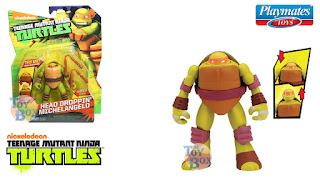 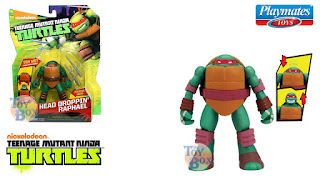 Making its way from the West Coast to the East Coast are two new figures, Napoleon Bonafrog and Monkey Brains. These figures will most likely be easier to find within the next three to four weeks as they spread out across the U.S. 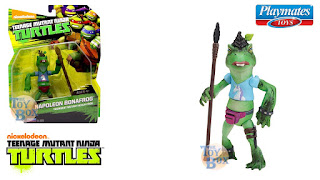 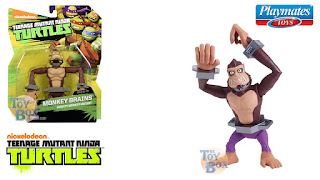 Admittedly, a disappointing aspect we're starting to see with this line is the cutting back of articulation. All the figures above are extremely limited in movements. While we suppose this is an aspect that is helping to keep prices relatively low on this line, we can't help but wish that Playmates Toys would put just a tad bit more effort into it. We won't even get started on the production paint jobs vs. final product ones - A gripe many fans have had since the series began in 2012.Okay, we will - They didn't even give Monkey Brains pants. The figure is pure brown and tan.

Here's an interesting one - A seller in the UK is claiming to have numerous Atilla the Frog figures in stock. His listing on ebay shows that he has sold over 10 of them to date, and that he still has more than ten in stock. That's an awful lot of this figure for one seller to have, let alone the fact that it's a brand new figure.

Red flags are certainly raising over this one, but if you absolutely can't wait to get this figure, you have an opportunity. It's relatively cheap in terms of secondary market prices for new figures - 11.99 GBP - Roughly $18.79 American. The shipping is also relatively cheap from the UK to US at just 7.00 GBP - or $10.97 American.

Buyer beware - We can't authenticate this figure as legit, nor if it was obtained through "legal" channels. All we know is that it feels sketchy. 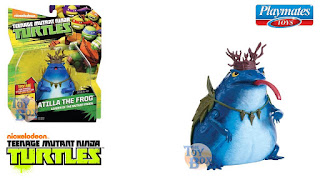 We received an Atilla in the mail, and if this is the legit thing, it's a really lame figure. One hunk of plastic with two movable arms, and a lever on the back for the tongue. Playmates Toys is really getting lazy with this line.

The new wave of Mix and Match Mutations figures has seen a mass release as of August. These all new Battle Shell figures only encompass the four Turtles so far, but pending popularity of the series could potentially spawn into new waves with other figures. At $12.99 a piece, it's not a bad selling price for a "deluxe" figure with large accessories. 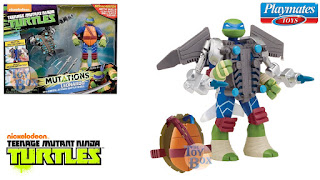 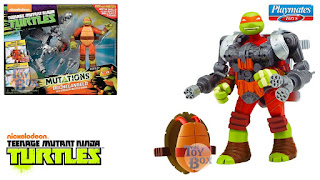 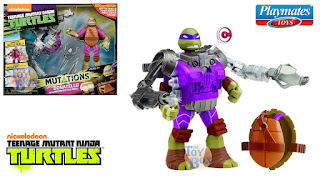 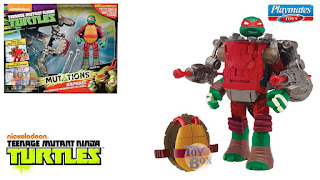 Despite the large second wave of figures announced in the standard Mutations line, only three new figures have been released. Could this be a sign of the series failing to find a foothold with kids and collectors? 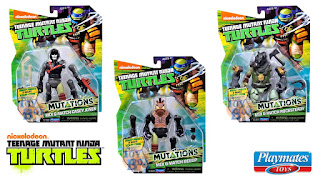 Vehicles and playsets have been a strong component to the series, and it's great to see that Playmates Toys is continuing to release them in unison with the figures. While a lot of companies tend to shy away from bulkier items such as these, the TMNT lines have always ensured massive variations to incorporate in the various series over the years. 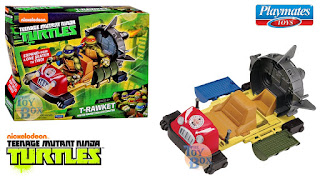 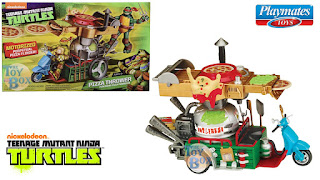 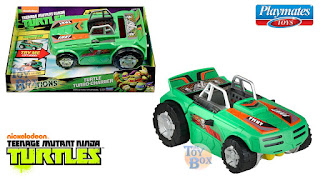 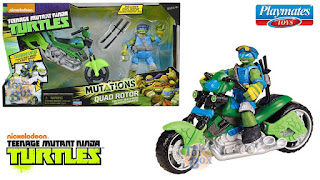 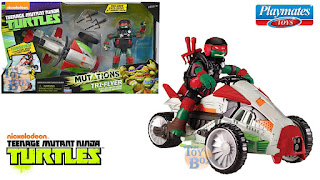 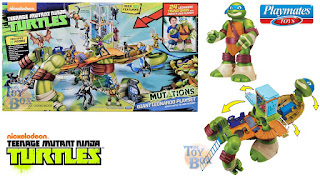 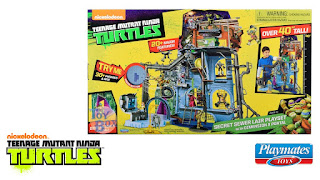 In addition to all the new items above, Playmates Toys has been steadily producing all the old stuff on the new style 2015 packaging. This includes a multitude of figures and vehicles. The latest addition to this is;

With the above batch of figures, and the prior ones re-released to date, that leaves us with only a handful of figures yet to be released on the new 2015 style packages; Snakeweed, Mikey the Elf, all four Stealth Tech Turtles and all four of the Mutagen Ooze Turtles. Hopefully we'll see those soon.

Playmates has also begun releasing a slew of older vehicles in the new 2015 style package. What's interesting about this is that stores like Target and Walmart are clearancing out the smaller $9.99 vehicles, making them particularly difficult to obtain. Hopefully this tactic is in anticipation of the newer style packages going into full production to replace the older style. It would be awful if these were being discontinued altogether.

Last, but not least, we have an all new set of the Turtles as based on the original first series. These all-new updates now feature pupils in their eyes, letters on their belts, and colored arm and knee pads that match their bandanas.

With these new variations available, the question becomes, "Will Playmates Toys phase out the original designs in favor of these?" Time will tell, but as of now, we haven't been seeing the original versions released again since earlier this year when they debuted on the new 2015 cards. 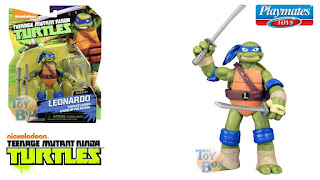 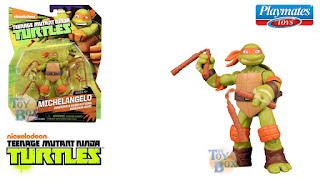 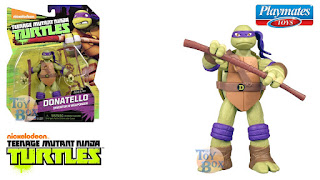 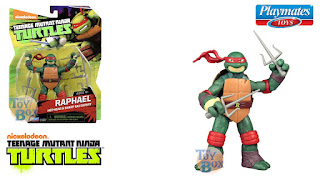 Click "HERE" to go back to the home page. For more posts related to this one, please click the labels below.
Posted by The Toy Box on August 19, 2015
Email ThisBlogThis!Share to TwitterShare to FacebookShare to Pinterest
Labels: 2010's, Nickelodeon, Playmates Toys, Teenage Mutant Ninja Turtles, TMNT