Stan Lee and Jack Kirby weren't playing around in the 1960's. They're the names behind some of the greatest of the greats; The Hulk, The X-Men, Spider-Man, Nick Fury, Daredevil, Silver Surfer, and so many more we could create a post ten miles long just listing them all. In addition to all of that, we also get from them The Fantastic Four - Mr. Fantastic, Invisible Woman, Human Torch and The Thing. They were the superhero team that in conjunction pretty much had it all, to and include one of the coolest arch nemesis's in the Marvel Universe - Doctor Doom.

The Fantastic Four debuted in November of 1961 under their own comic book banner, and were one of the series credited with ushering in a new era of comic books - The super hero.

What set the FF aside from so many other comic book heroes was that they led relatively normal lives under one roof with each other. They often times squabbled about petty and deep things, which not only helped to build on each character, but also make them a relatable group to the average reader. They were also big on not hiding behind secret identities, but instead used their unique abilities to garner almost a celebrity status - Such as Tony Stark did.

Though it was never a bad thing during the 90's to hear about a new line of Marvel based super heroes being produced by Toy Biz, we can't help but think that Toy Biz was tricked - Shall we say - Into moving forward with this particular line.

1994 was an interesting year for The Fantastic Four. A film was announced to be in the works, and was even shot from beginning to end, edited into a final cut, and a trailer even released in theaters. However, the film itself was never actually produced with the intentions of releasing it. Instead, it was an effort on behalf of rights holder Bernd Eichinger of Constantin Films to simply maintain the rights to the film franchise - Rights which he had obtained in 1992.

With the hype wheel turning of a Fantastic Four movie coming to theaters in 2004, we think Toy Biz got a little more excited than they probably should have, and started churning out figures. Of course, all of this is speculation on our part - Though it is a little coincidental that Toy Biz would randomly throw a ton of efforts and resources into an FF based line in 1994.

Reader Chris Mapp wrote to inform us that 1994 was also the year that a Fantastic Four and Iron Man cartoon were being aired on television. This series is actually a plastic iteration of that show which ran for two seasons (26 episodes) between 1994 and 1996.

Regardless, as we said, it was never bad news to hear that Toy Biz was producing something new in the world of Marvel Comics based toys. As such, despite whatever reason they had for developing the massive series they produced, we'll happily take them.

We got a ton of great stuff from this release - Figures upon figures, awesome vehicles, and let's not forget that spectacular massive sized Galactus. 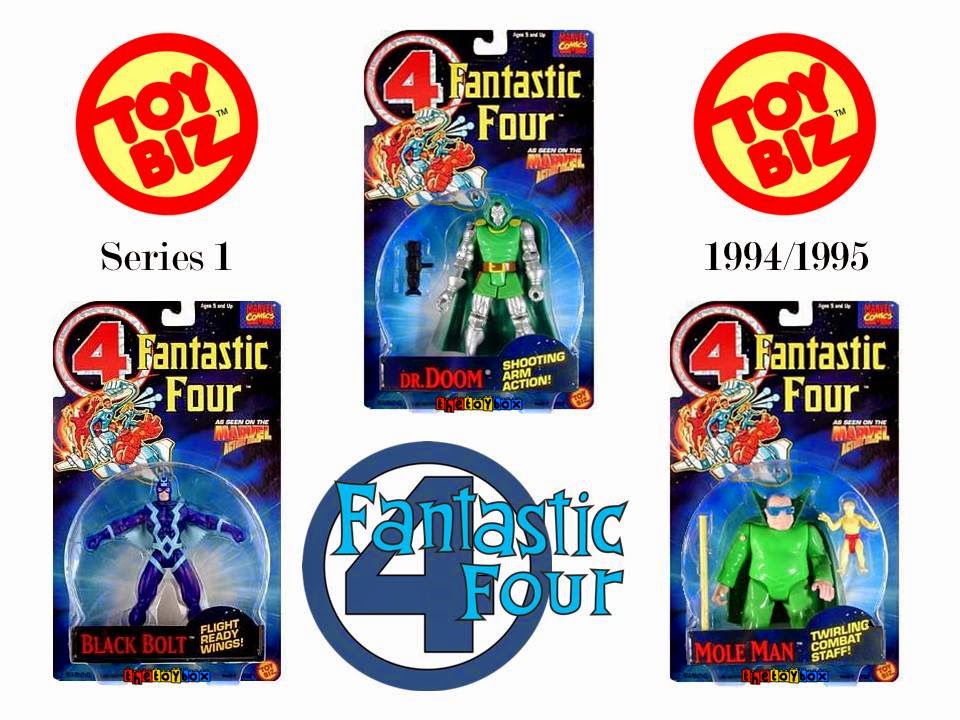 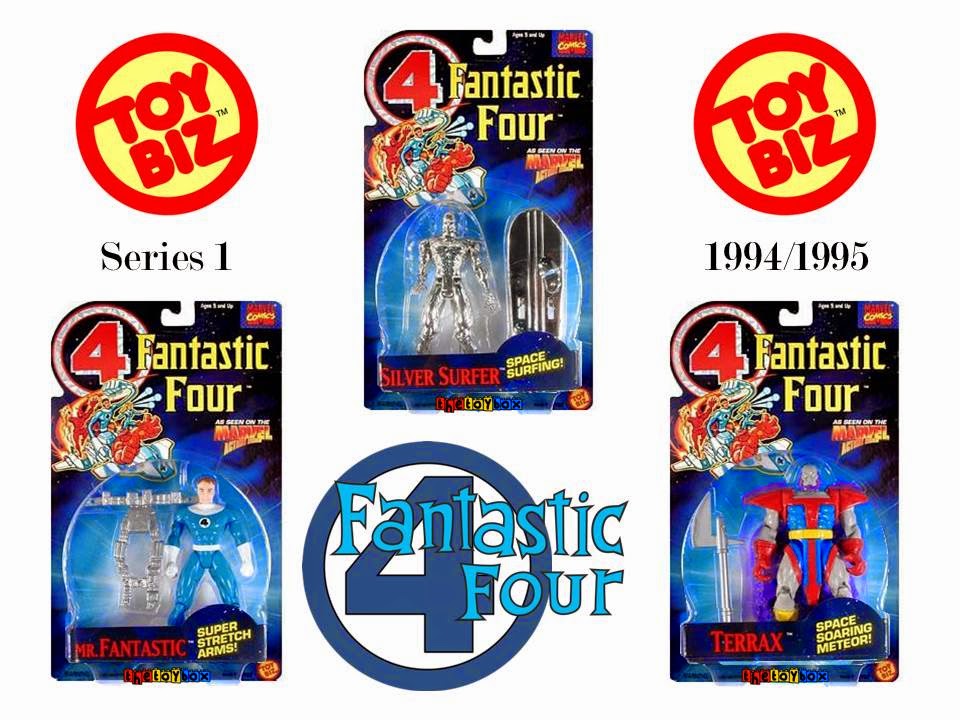 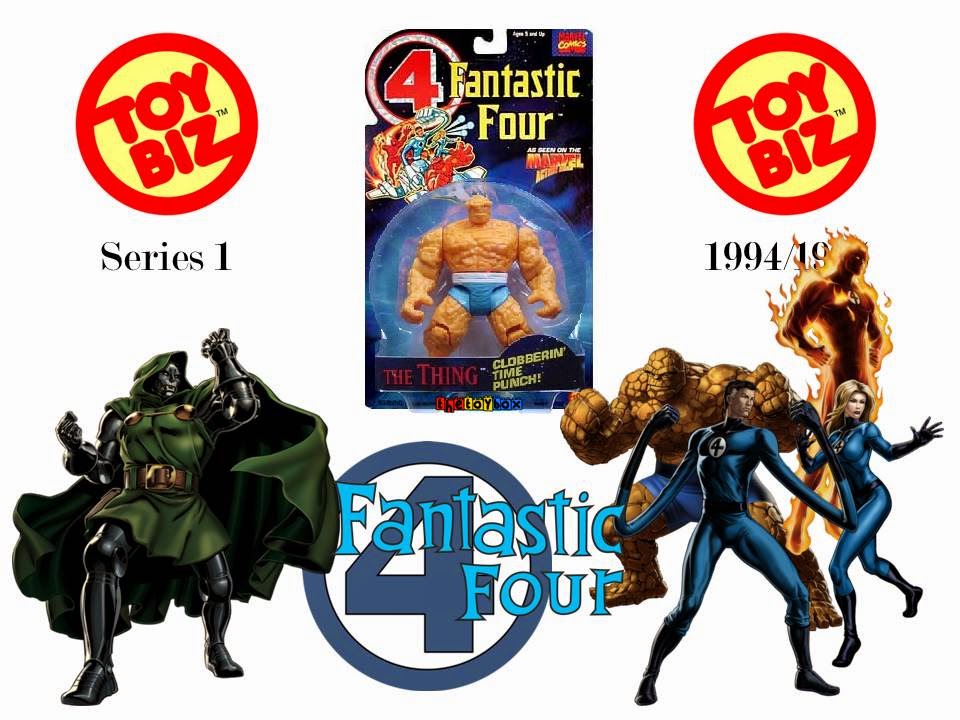 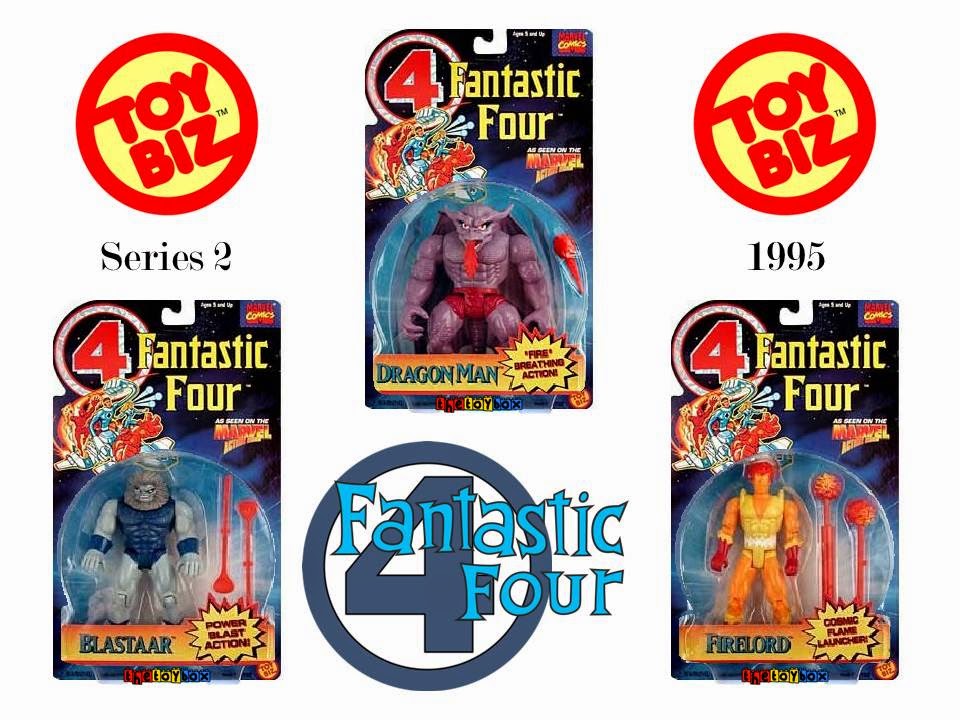 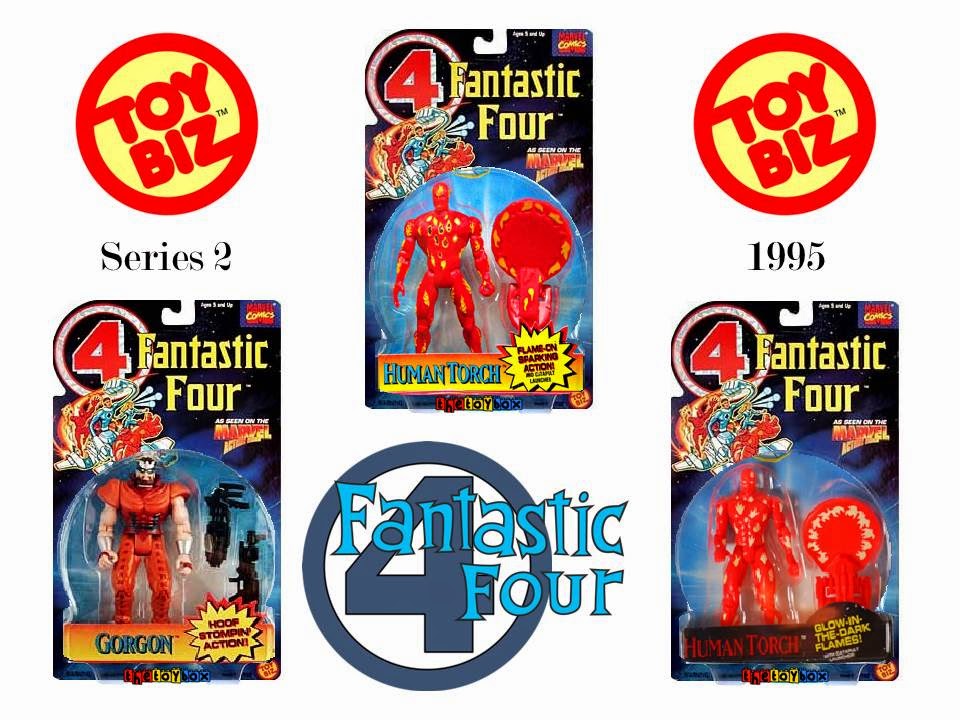 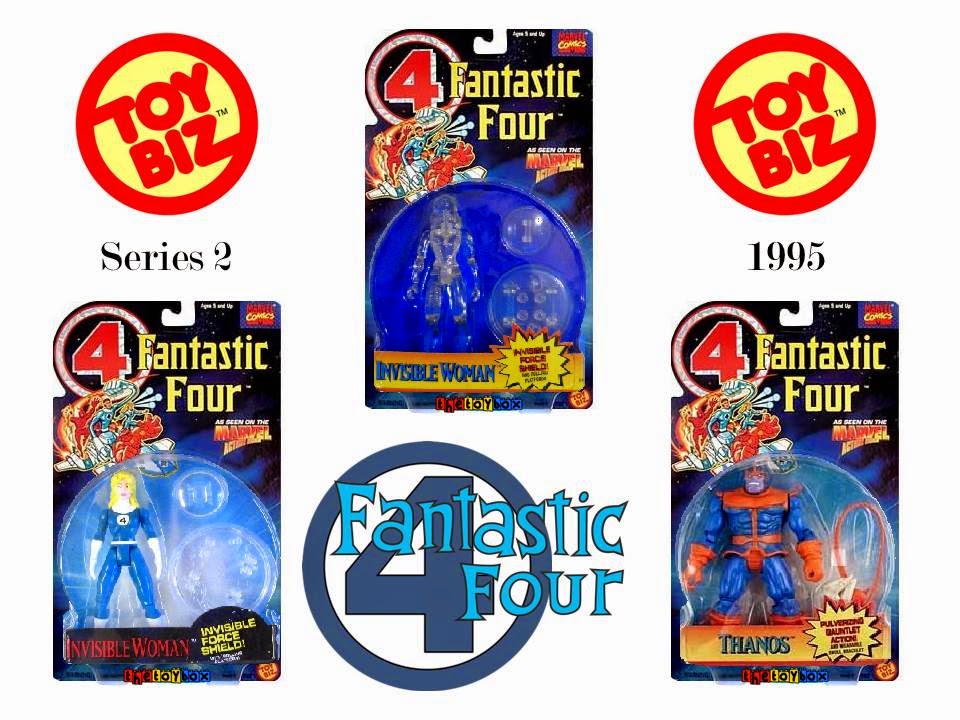 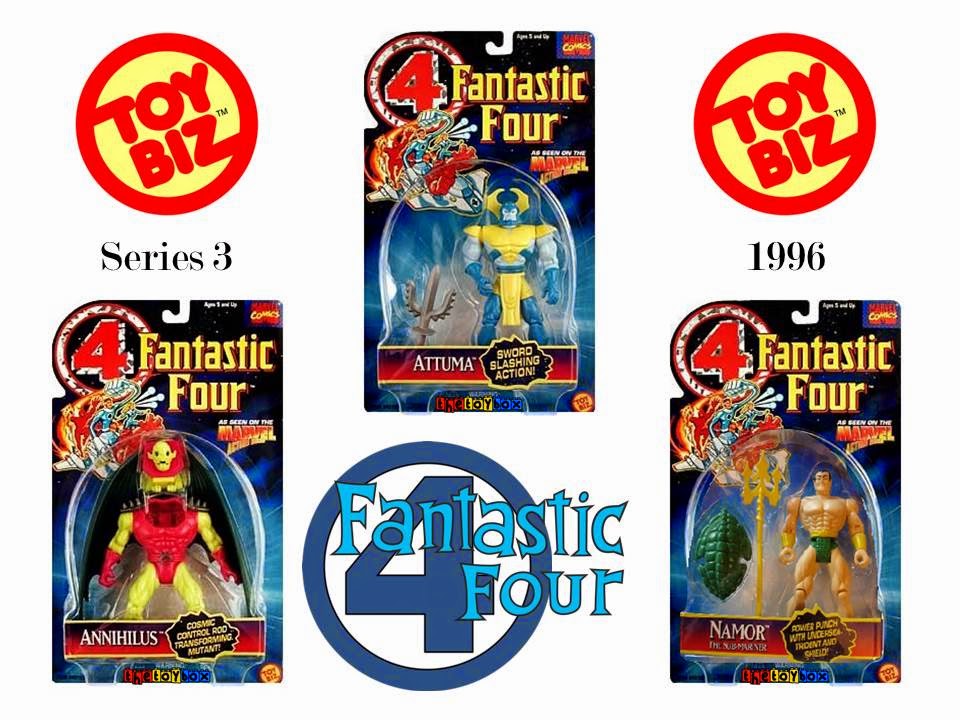 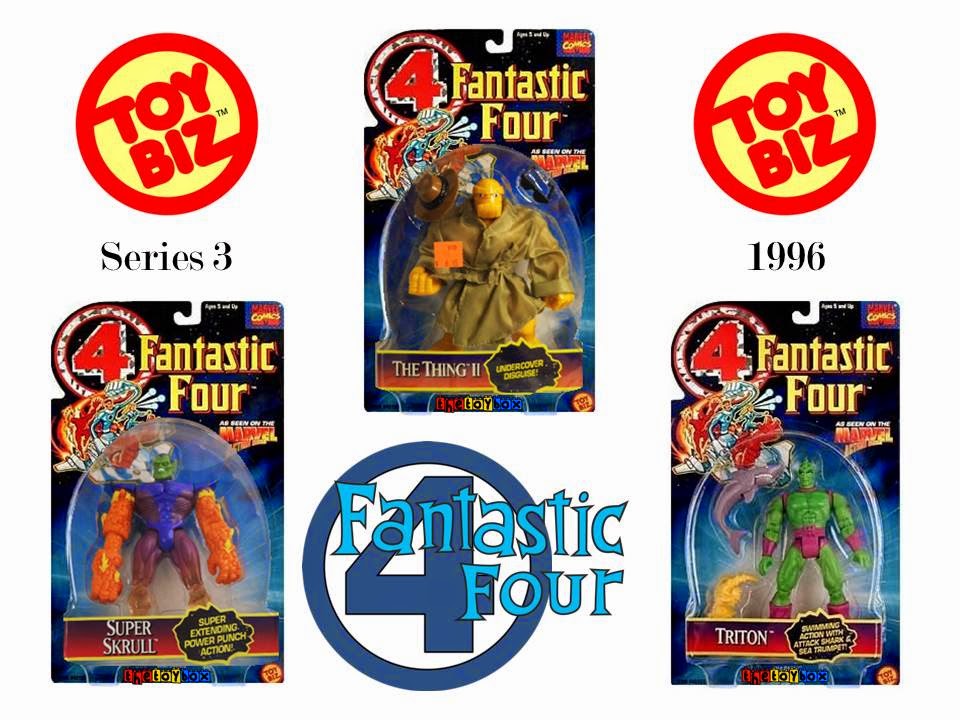 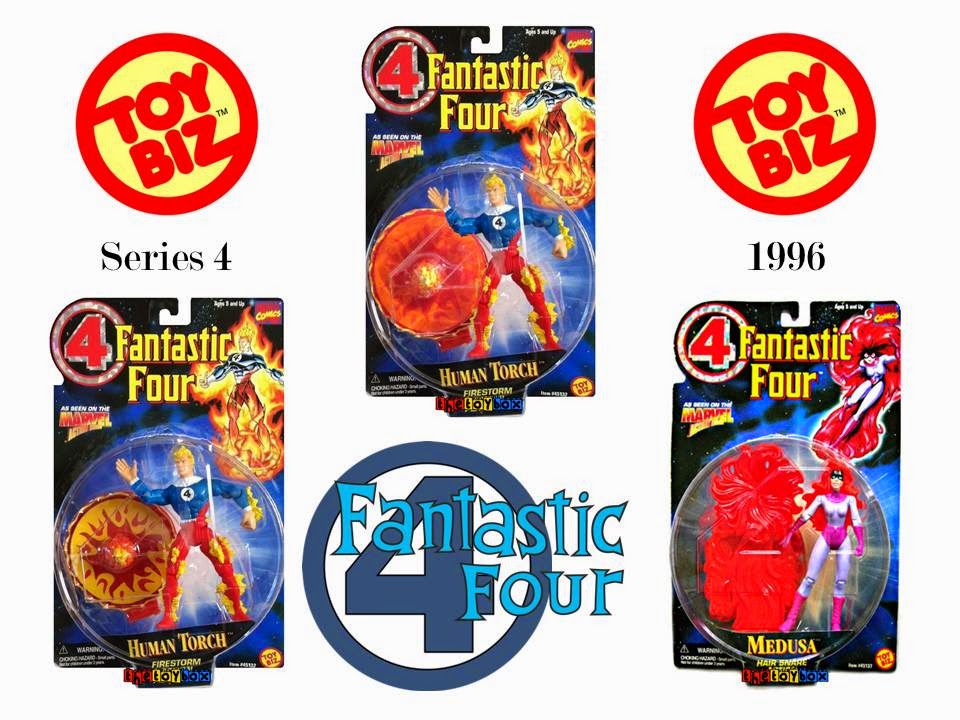 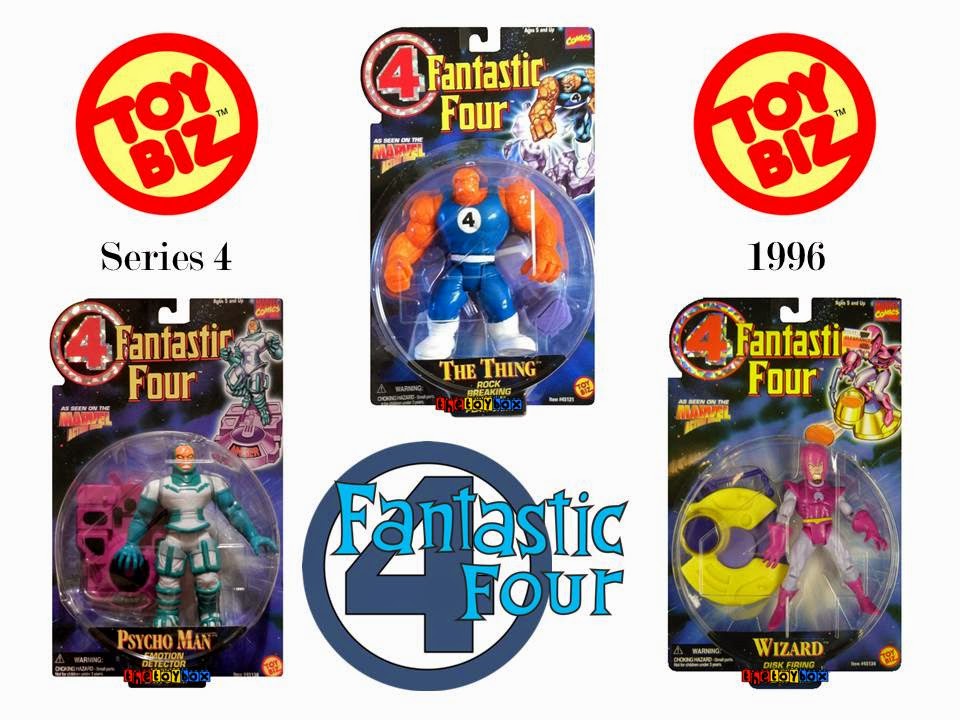 
As was common during this particular era of Toy Biz related Marvel Comics lines, the company merged two together to create some fairly unique Walmart exclusive two packs. Each two pack features one Fantastic Four related character with one Iron Man related one. The packaging alone is worth grabbing these for. It's so much fun to look at - Though rather costly these days. 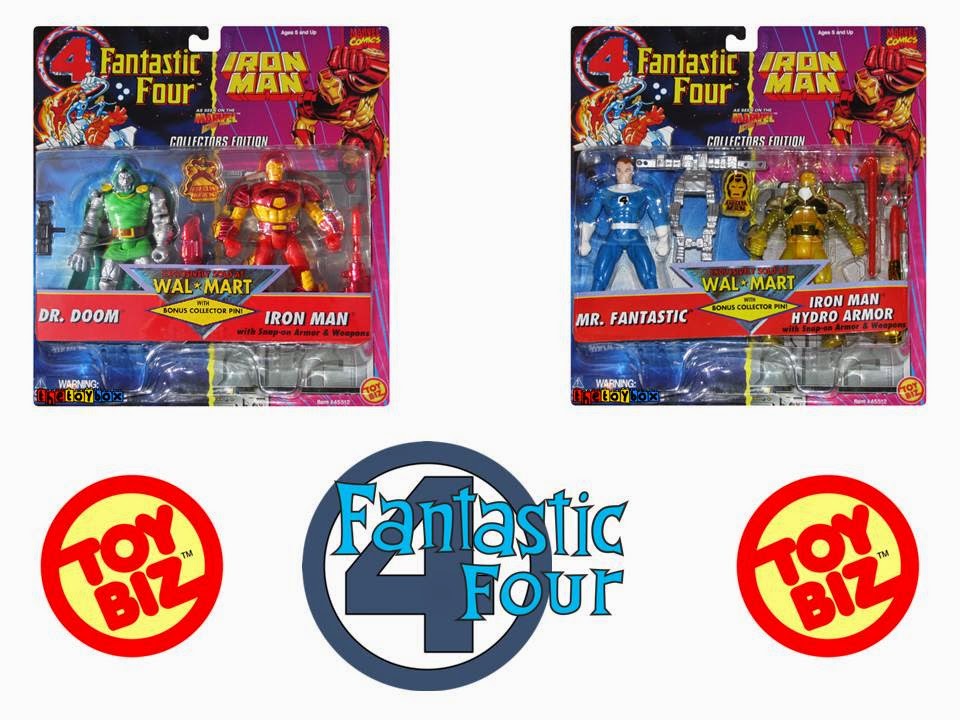 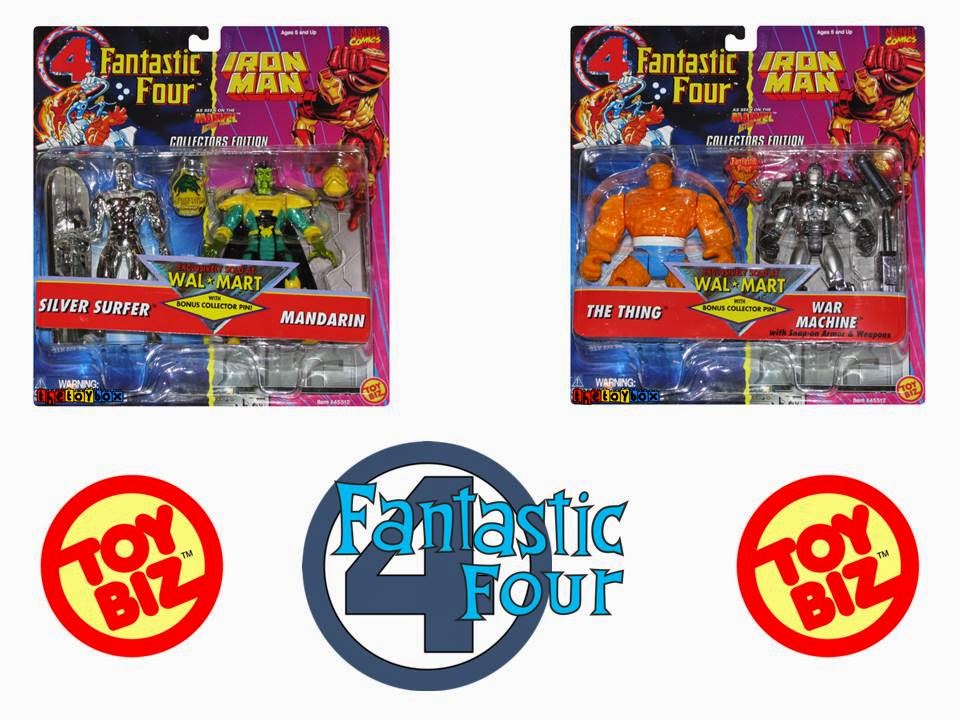 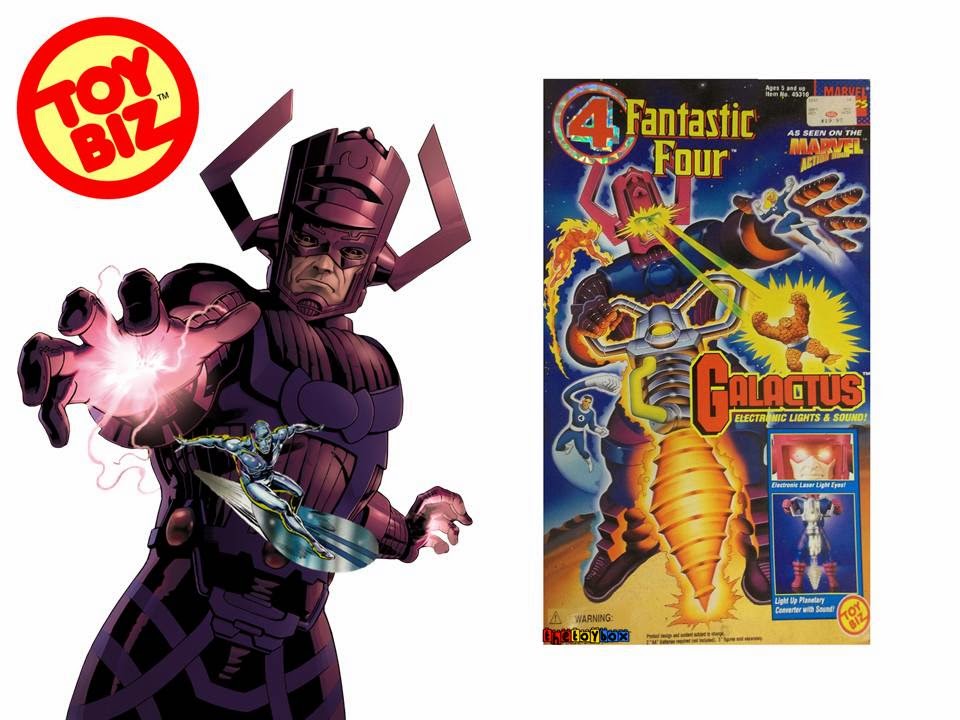 
Some consider the vehicles to be a little silly in terms of grounding them in the actual Marvel Universe. We say, "Check out all those launching missiles and features!" These toys are pure fun with so much built into them to make them interactive with the figures. 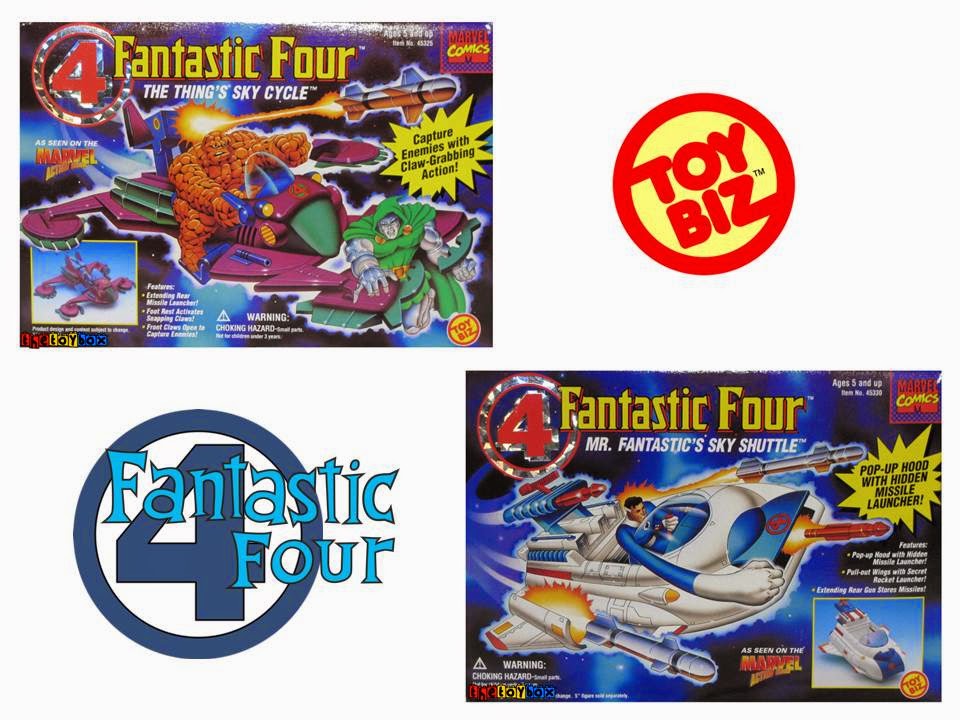 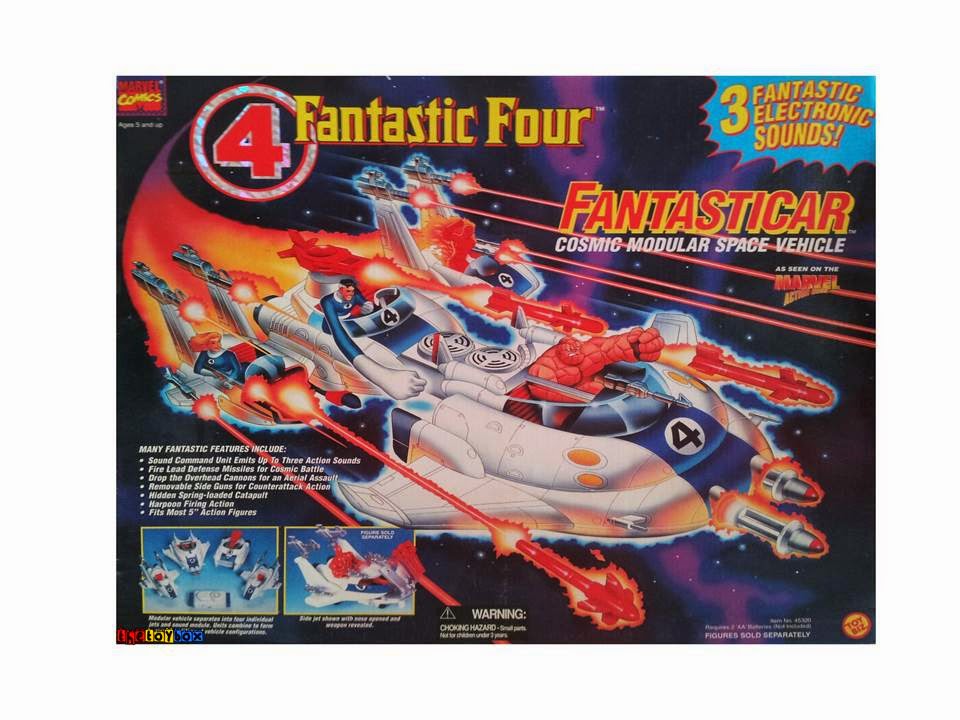 Whether you love, hate, or could care a less about the Fantastic Four, one thing can't be denied - Toy Biz hit the mark with this particular line leaving little room for complaint - If any at all.

Join us next time when we take a look at Muhammad Ali!


Click "HERE" to go back to the home page. For more posts related to this one, please click the labels below.
Posted by The Toy Box on August 17, 2015
Email ThisBlogThis!Share to TwitterShare to FacebookShare to Pinterest
Labels: 1990's, Comic Book Toys, Fantastic Four, Marvel Comics, Toy Biz