Coleco's 1982 Donkey Kong line is one of those great series that if anyone asked us we would tell them not to collect them. Why? Because they're so frustrating to track down - Specifically in mint in the package condition. Furthermore, they're so expensive for what you're getting.

Disclaimers aside, the line is fantastic to be sure.

Each mini figure stands about two inches high, and much like the style of the vintage Smurfs line from this same era, have zero articulation. However, what they do have is perfect detail and paint, and a massive aura of nostalgia.

As many fans already know, Donkey Kong was a game developed by Nintendo, and released in the arcade (1981), and eventually on home consoles such as the ColecoVision (1982), and of course the Nintendo Entertainment System (1986). The game is notable not only for its fun and addictive game play, but also for being the first video game to feature the (future) mascot for Nintendo - Mario. 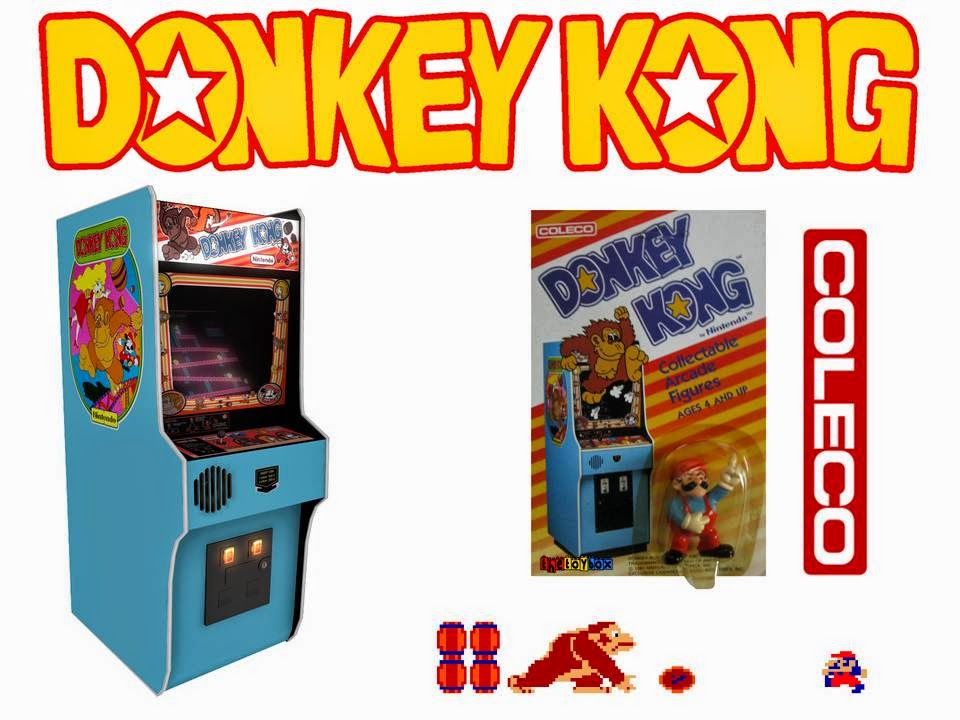 The "action figure" line was initially planned out as three figures; Donkey Kong, Mario and Pauline - All of which are noted/depicted on the cardback. 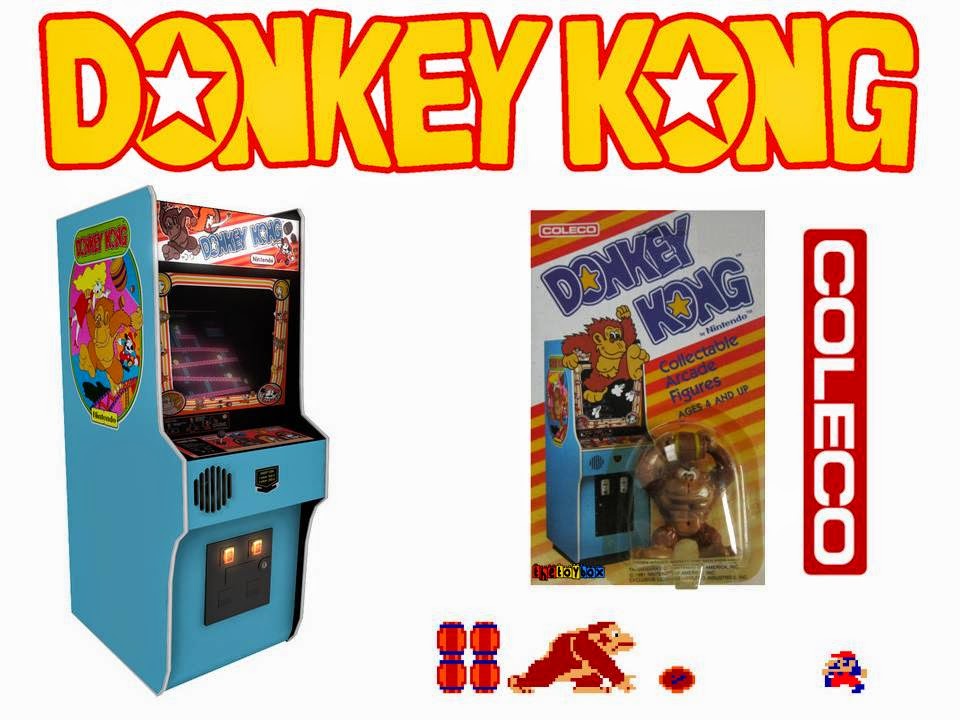 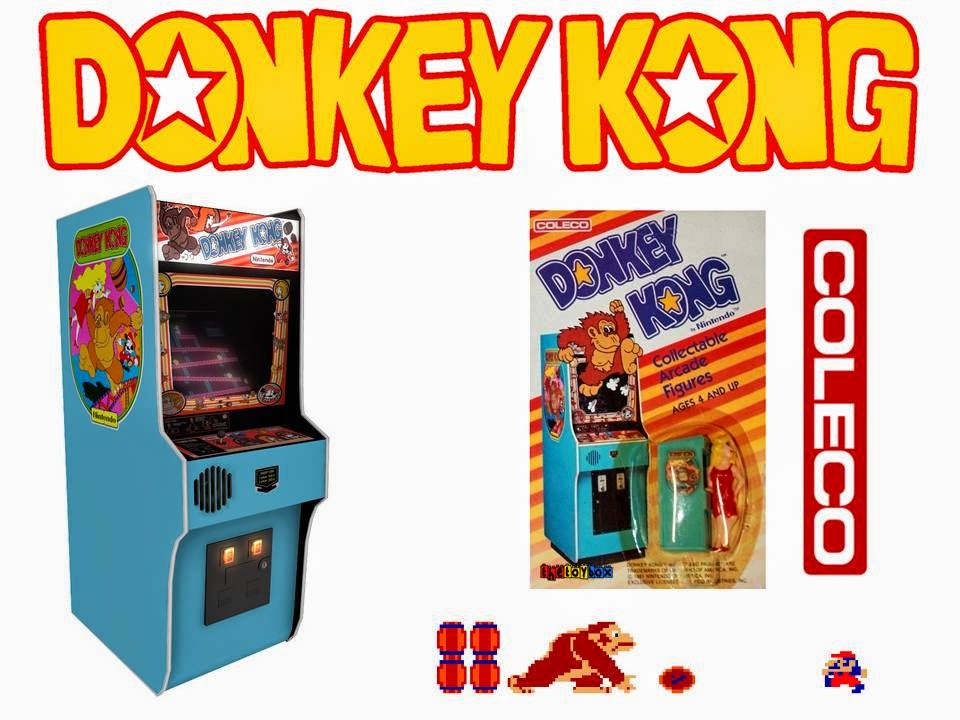 With the toys selling somewhat successfully, Coleco later incorporated Donkey Kong Junior into what became the one and only figure for a second series. The package was altered slightly to a blue and greens striped motif, and the DK Jr. arcade machine replaced the photo of the original DK game. 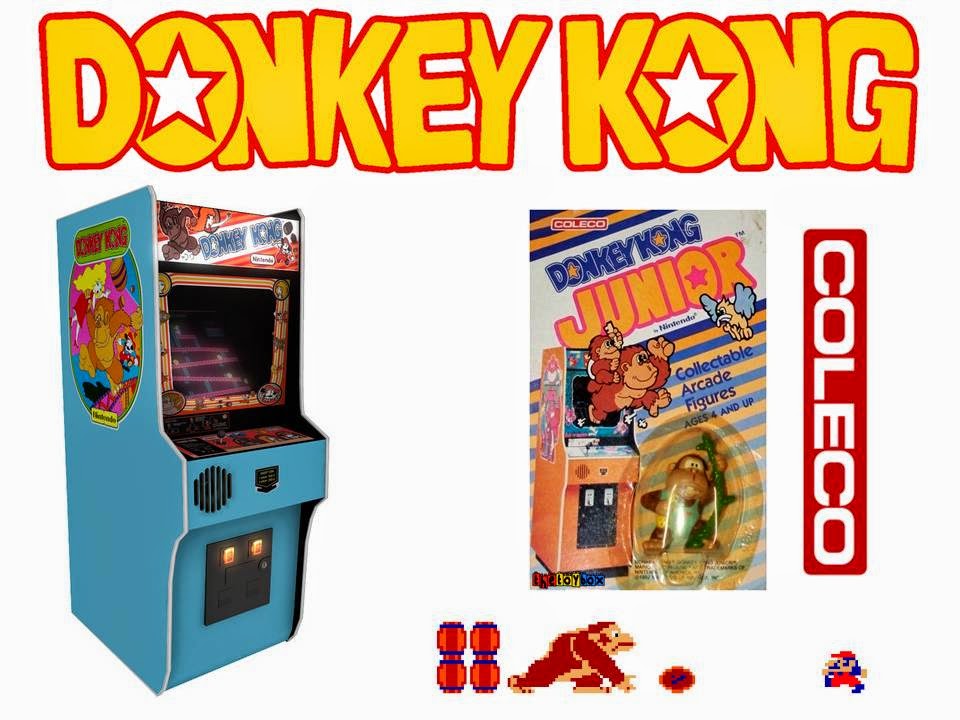 Coleco continued publishing games for their ColecoVision game console until 1985, but must have not seen the value in continuing to produce action figures as the line halted just as quickly in 1982 as it started.

These days collector's clamber to nab these figures up on secondary markets, and at a pretty steady price of $20.00 to $30.00 each. The line has no trouble selling as fans are constantly on the lookout for them.

Join us next time when we take a look at Rocky!


Click "HERE" to go back to the home page. For more posts related to this one, please click the labels below.
Posted by The Toy Box on June 01, 2015
Email ThisBlogThis!Share to TwitterShare to FacebookShare to Pinterest
Labels: 1980's, Coleco, Donkey Kong, Donkey Kong Jr, Donkey Kong Junior, Mario, Nintendo, Video Game Toys