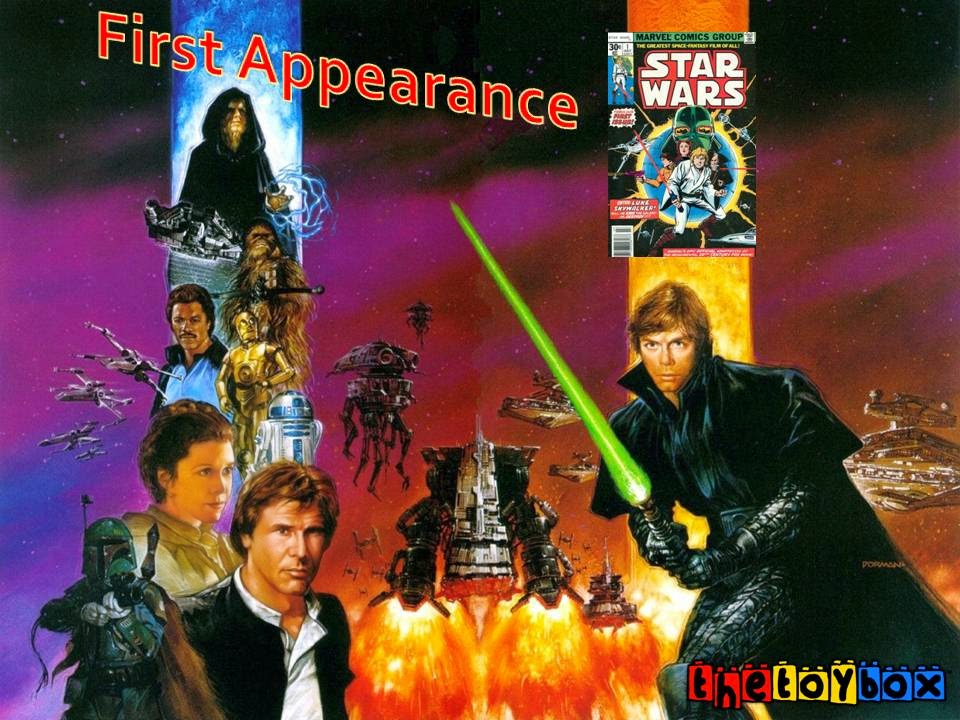 Being that it's May 4th (May the 4th be with you by the way), it seemed appropriate to start our comic book month off with one of the most well received Star Wars titles in comic history - Dark Empire.

Whether you like them or hate them, series in the (somewhat) now defunct expanded universe helped to keep the franchise afloat through the 1990's when little people seemed to care about Star Wars. It introduced more characters, locations and vehicles than we could probably ever mention, and hooked fans as it drew them into a much larger world.

One of the stories that paved the way for this was the Dark Horse Comics title, Dark Empire. When first released the series took off in popularity, making it difficult to track down the first few issues which sold out across the world. The book quickly became an easy cash grab on secondary markets, and was put into a second print run. 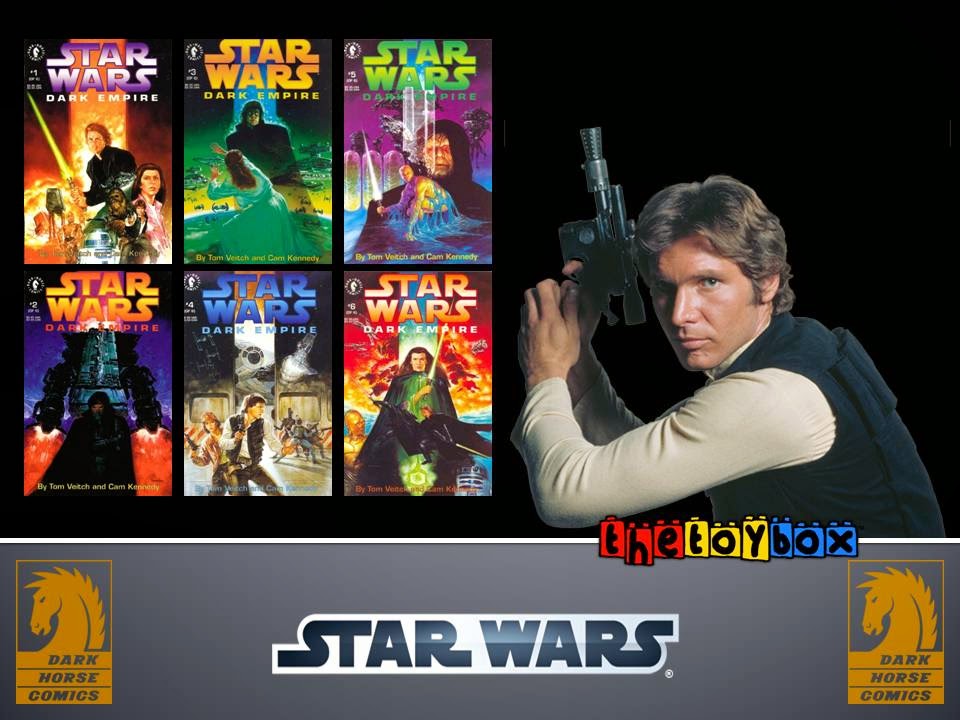 The premise of the story surrounded the resurrection of the Emperor in a clone body, which as the series continued to unfold in its subsequent sequels, we found him doing this multiple times. It also took Luke Skywalker down the path of the Dark Side, pitting him against his sister in a final duel. It also featured a subplot which showcased the struggling Rebel Alliance as they fought against the Empire's new machines, World Devestators.

Featuring familiar faces from the Star Wars Trilogy all slightly aged, it was a fan's dream come true, and a fantastic six issue mini series to boot. The series concluded in October of 1992.

Though it could have ended there, Dark Horse Comics revisited Dark Empire in its sequel series, Dark Empire II in 1994. This new story picked up where the last left off as the Rebels now have the Empire in full retreat. Luke Skywalker is focused on rebuilding the Jedi, but still struggles with his grip of the Dark Side. 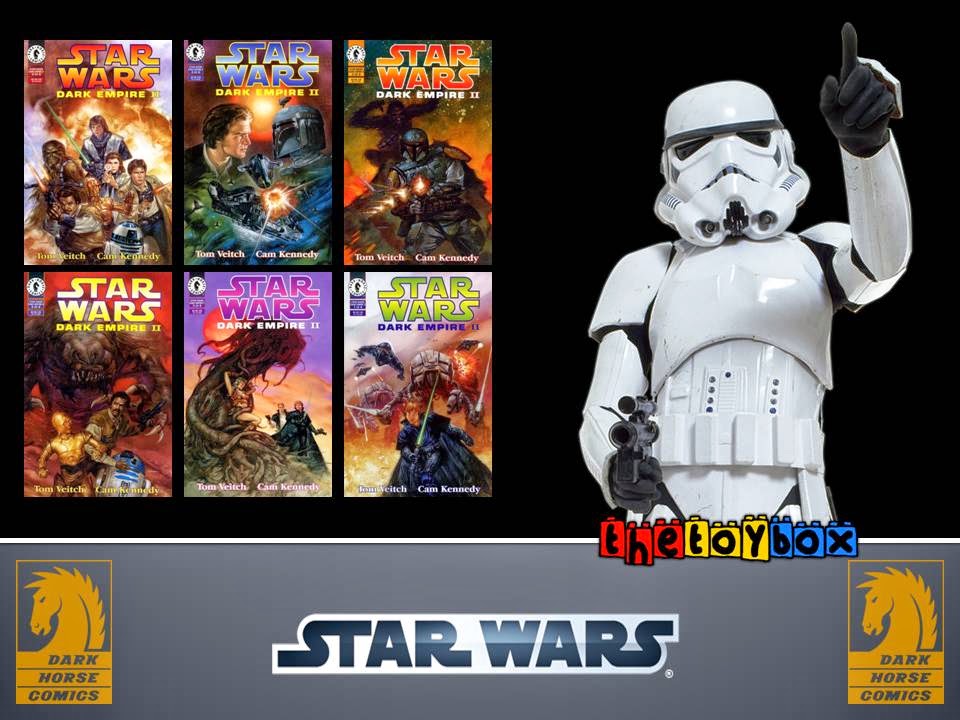 Despite selling almost as quickly as the prior series, Dark Empire II failed to hook fans such as the original had. What didn't help the story was that yet again it leaned heavily on the return of the Emperor...Again. 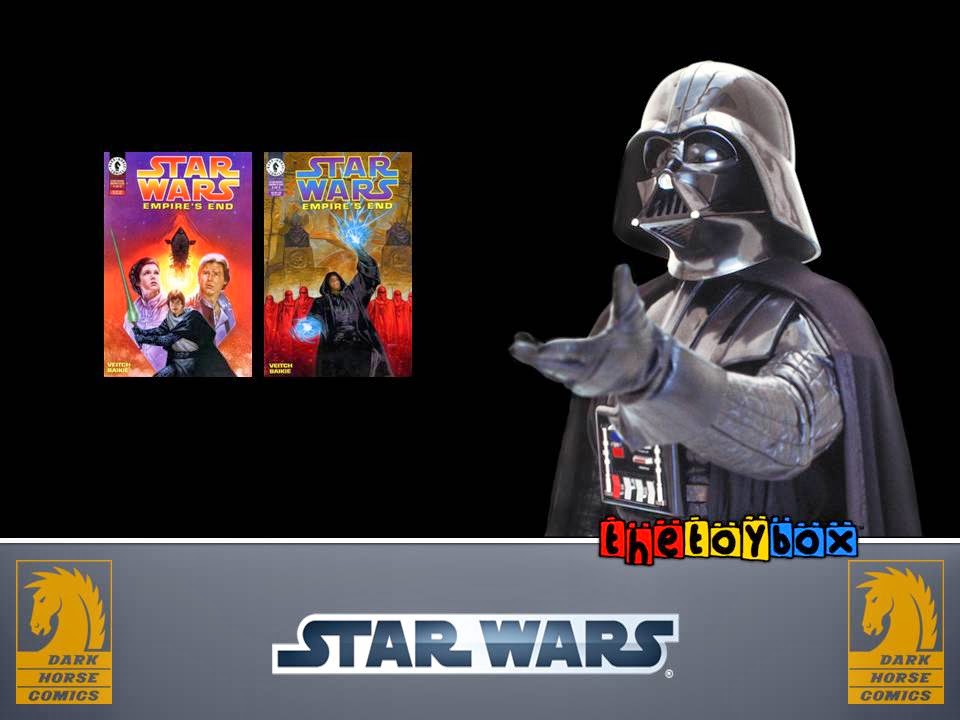 By the time Dark Empire II was in production, Dark Horse Comics was pretty much determined to make a Trilogy out of the series. However, unlike the first two installments, the last didn't have the name Dark Empire in the title.

Once again the Empire has their hands on a weapon with enough power to destroy a plant...Unfortunately for Leia Organa Solo, they're pointing it directly at her. Rather than focus his attention on destroying planets, the now rapidly aging/dying Emperor is focused on destroying the future of the Jedi by killing her children. The fate of Leia and her children all depended on Luke Skywalker being able to protect his sister.

The story comes to a head with the ultimate sacrifice of Empatojayos Brand as he binds his soul with Palpatine's in an effort to save young Anakin Solo from the Emperor's attempts to posses him. This sees the final end of Emperor Palpatine...Maybe.

These days the entire story has been collected many times over in graphic novels, so one doesn't need to track down all fourteen of these (somewhat) hard to find issues. Though we know at this point Disney has deemed almost all of the fictional writings based on Star Wars to be non-canonical, this is still a fantastic read.

Join us next time when we take a look at The Infinity Gauntlet!


Click "HERE" to go back to the home page. For more posts related to this one, please click the labels below.
Posted by The Toy Box on May 04, 2015
Email ThisBlogThis!Share to TwitterShare to FacebookShare to Pinterest
Labels: 1990's, Comic Books, Dark Empire, Dark Empire II, Dark Horse Comics, Empire's End, Star Wars