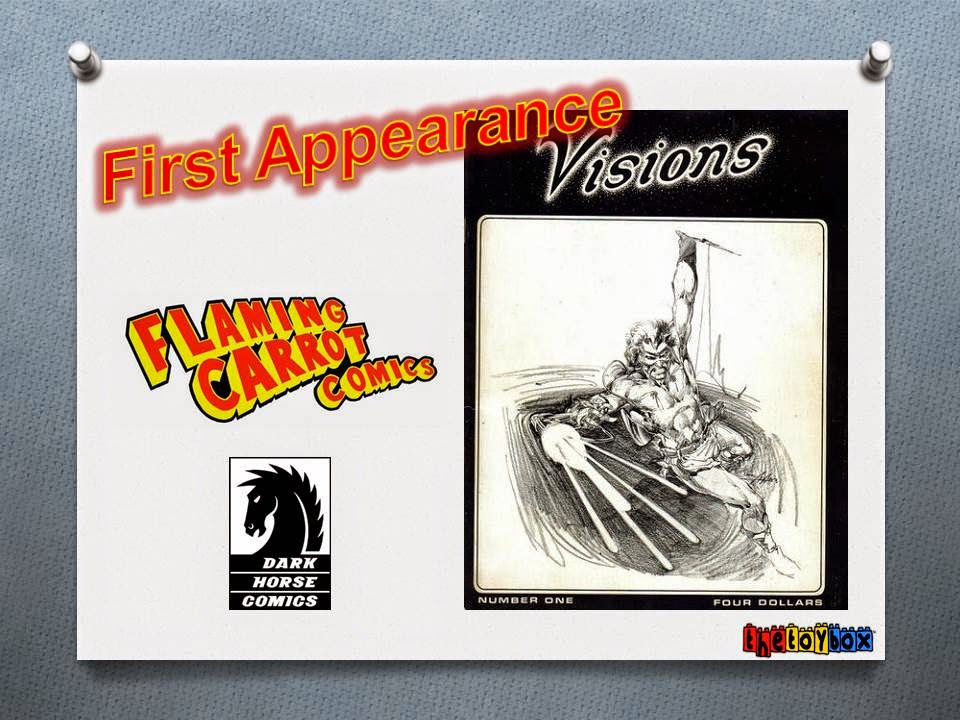 Flaming Carrot was a character created by Bob Burden which appeared in the 1979 Visions number one from Atlanta Fantasy Fair. Burden soon began publishing the book alongside Cerebus creator  Dave Sim under the company, Aardvark-Vanaheim. The series ran from 1984 to 1985 (issues 1 - 5), then switched publishing companies to Renegade Press (1985 to 1987 - issues 6 - 17) who continued the numbering from where the prior publisher had stopped.

Though the character had an avid group of fans, he really didn't blossom into popularity until the late 1980's when Dark Horse Comics picked up the series, and began publishing it from issue eighteen to thirty-one. This gave the books a lot more commercial exposure among comic readers. 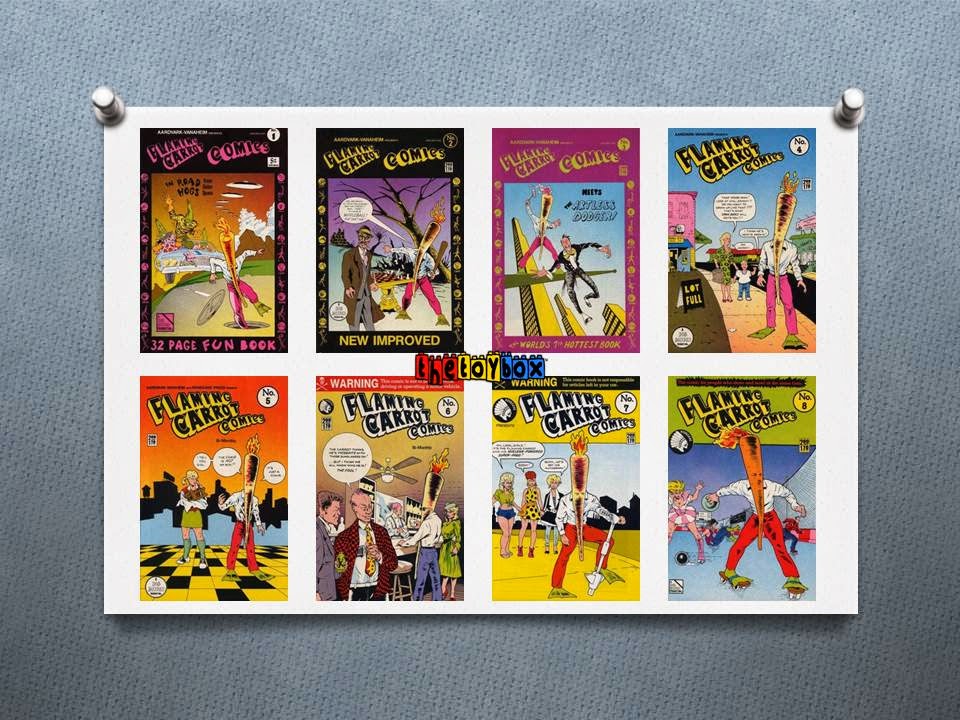 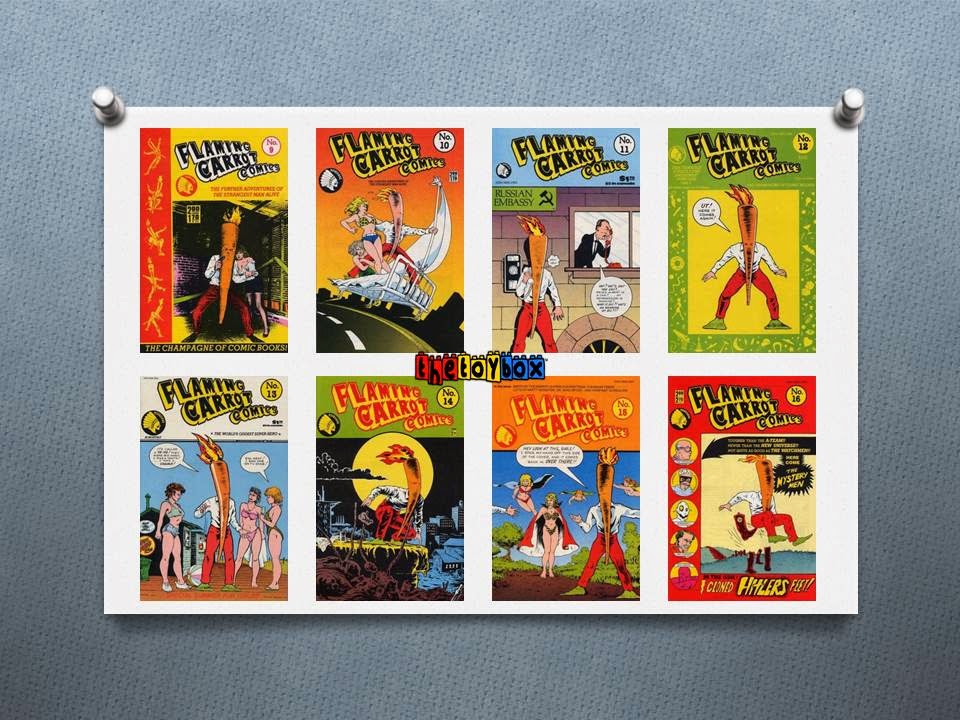 The concept of Flaming Carrot is an interesting one. He's not actually a superhero. Instead, he's just an everyday average guy who on a bet decided to read 5,000 comics back to back. This caused him to suffer brain damage, and from thereafter appear only as the Flaming Carrot. 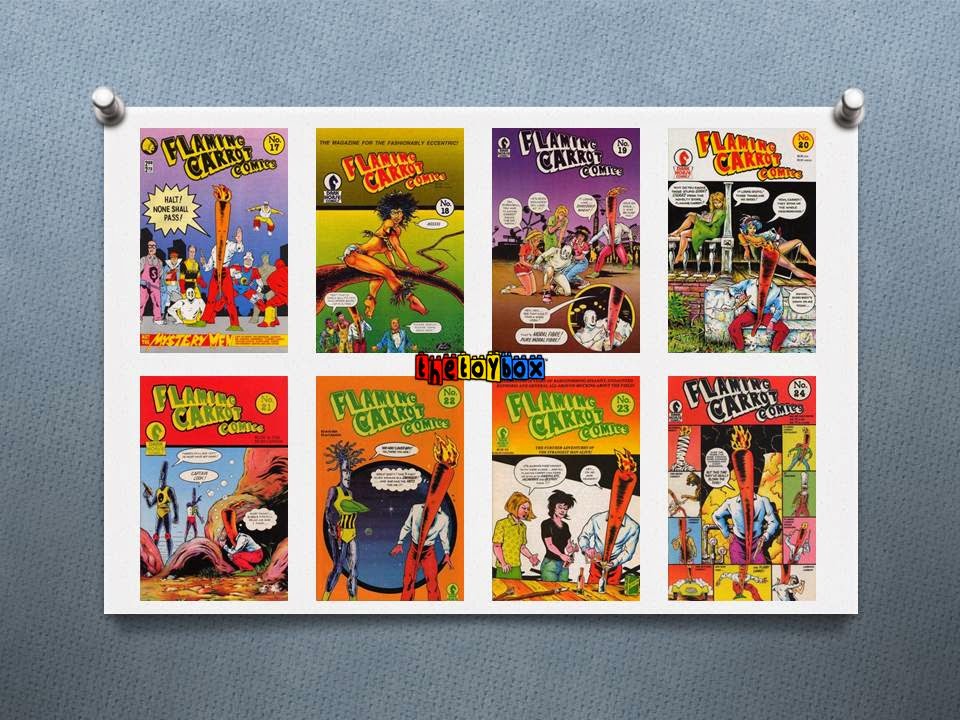 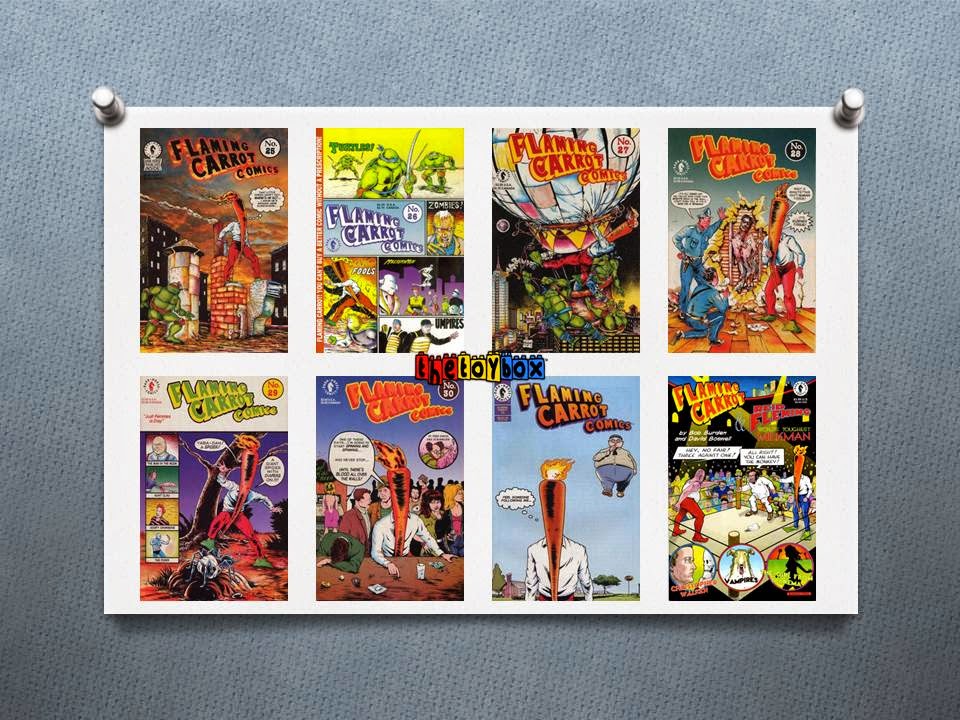 While the Flaming Carrot series was pretty solid when it was "on", a lot of times fans got frustrated with story lines that never got completed, and were abandoned. In addition, Burden promised numerous stories and concepts in various letter pages that never came to fruition - Leaving many fans often times feeling strung along (lied to if you will).

Join us next time when we take a look at Bone!

Click "HERE" to go back to the home page. For more posts related to this one, please click the labels below.
Posted by The Toy Box on May 18, 2015
Email ThisBlogThis!Share to TwitterShare to FacebookShare to Pinterest
Labels: 1980's, 1990's, 2000's, Comic Books, Dark Horse Comics, Flaming Carrot Comics, Mystery Men