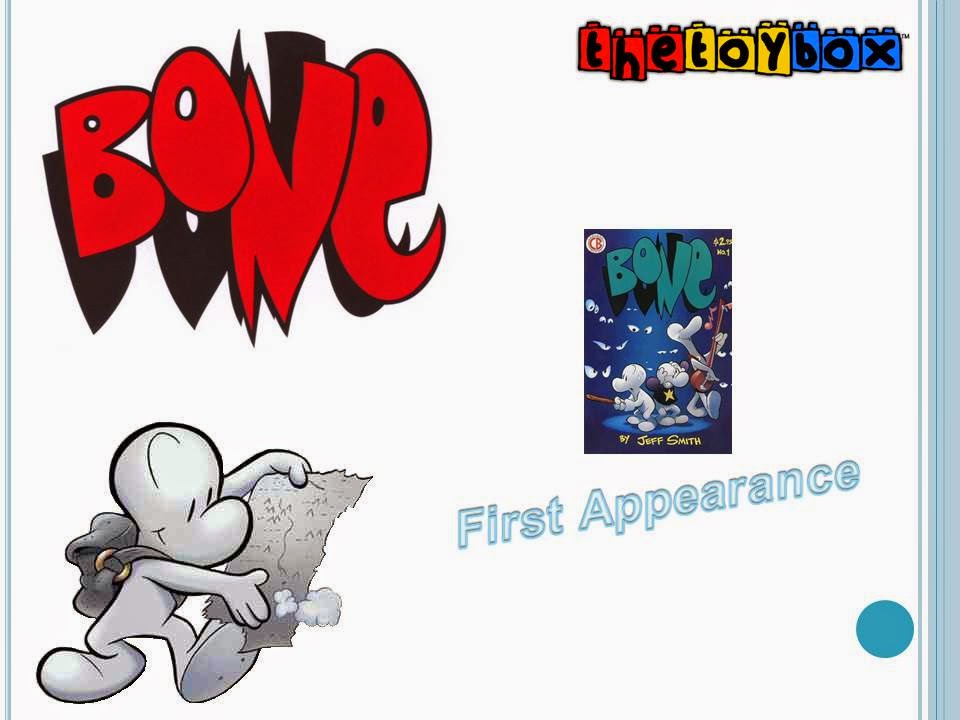 Bone is one of those unique comics that sadly many people just don't give it the time of day that it deserves. Sure, it has a lot of fans, but it's not necessarily "mainstream" in terms of the comic world. Bone just doesn't get the chance to compete with your Spider-Man's, Batman's and Spawn's.

Artist Jeff Smith actually created the character(s) around the age of five, incorporating it into his own self published series in 1991 under the company Cartoon Books. Smith continued to self publish until issue number twenty (with the exception of issue 13.5 which was a Wizard magazine premium).

Despite its simplistic character design, Bone is actually a highly regarded series for its great story arc and character development. The series has received numerous awards and recognition from some of the most famous in the world of comics and cartoons such as Will Eisner and Peter David. 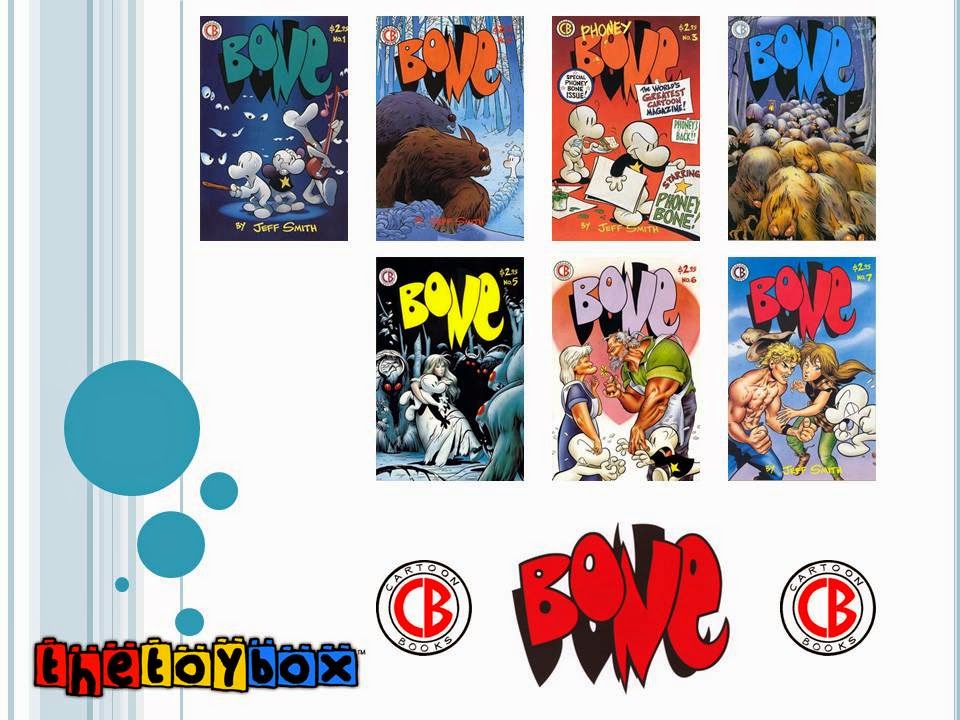 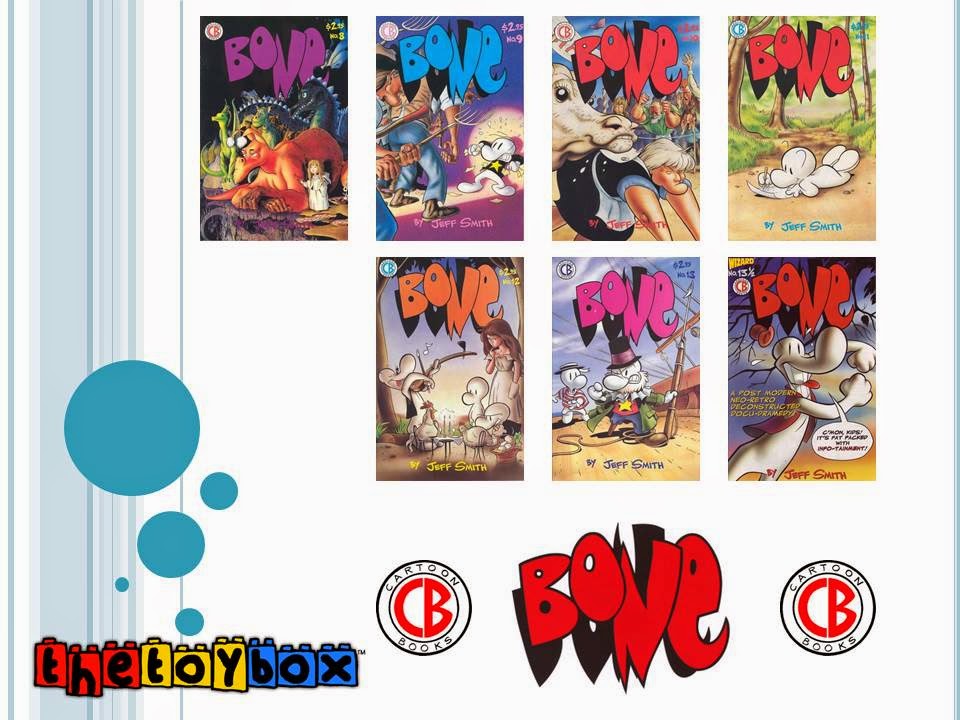 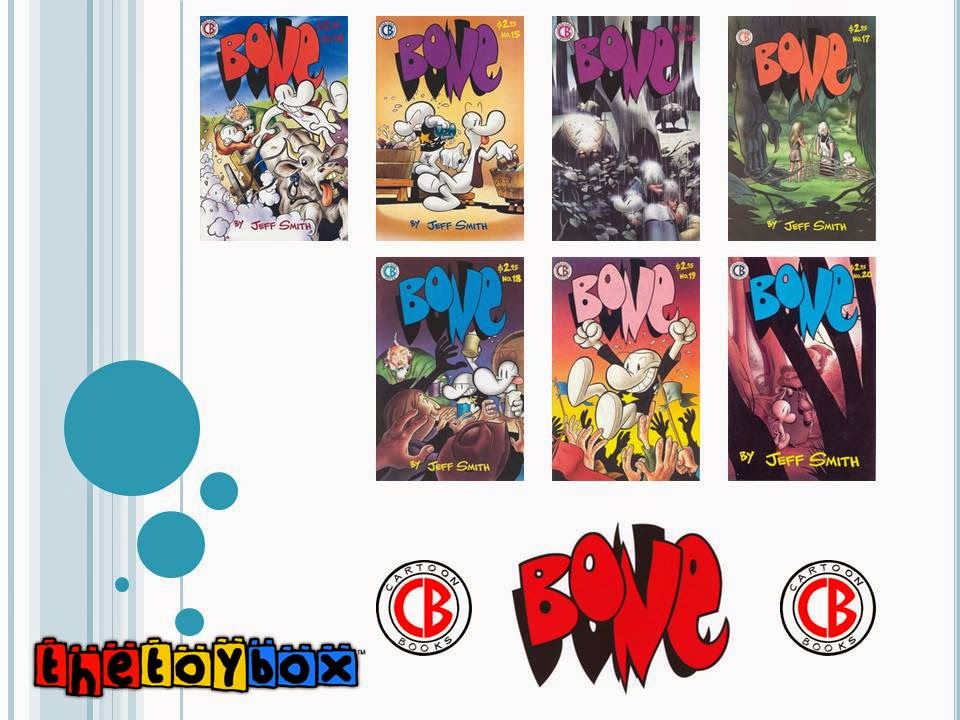 Beginning with issue number 20 in 1995, Smith shifted publication duties to Image comics. Image in turn reprinted issues one through nineteen under their own company banner. It's arguable that this exposure is what really tipped the scales for the character in terms of popularity. Image was the latest and greatest thing coming up in the comic world, and fans were more than happy to purchase any books from them sight unseen. 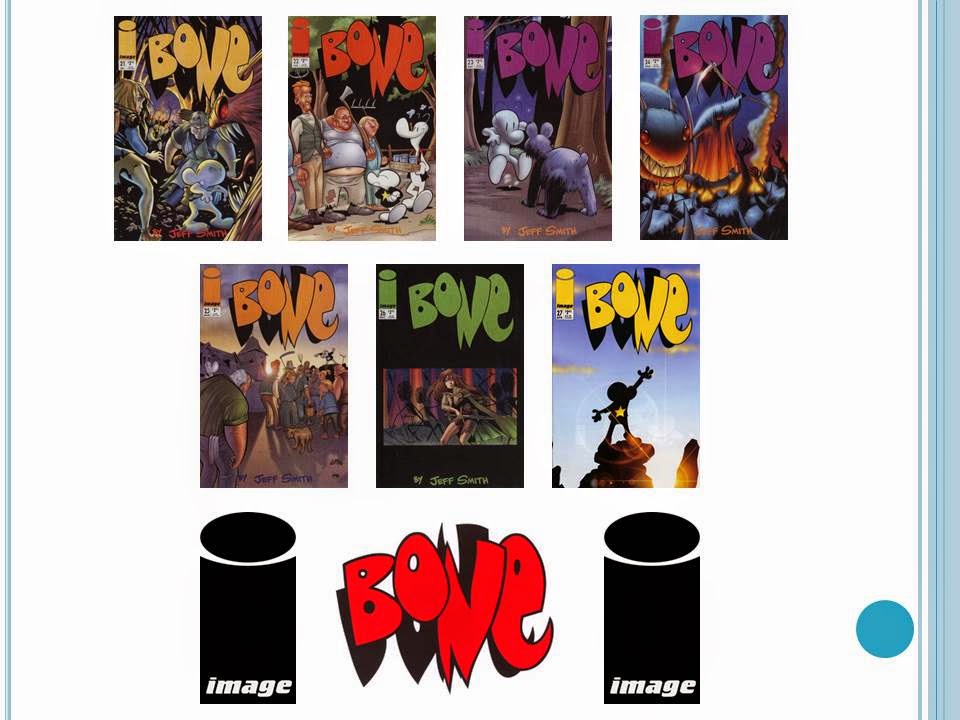 Bone returned to Cartoon Books with issue number 27, and remained there until the series ended in 2004 with number 55. 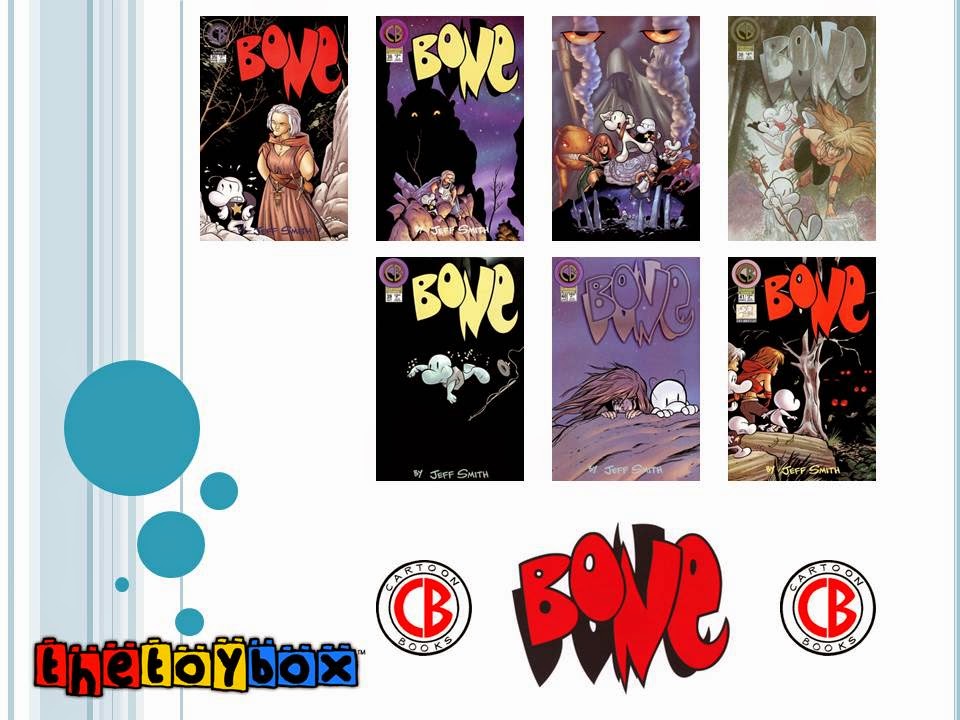 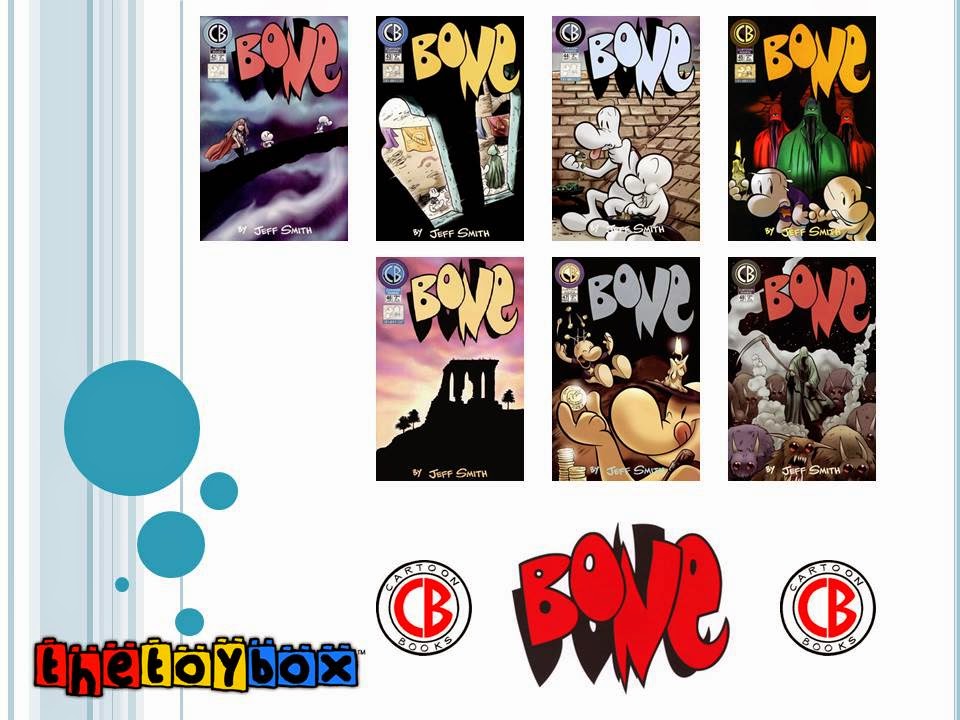 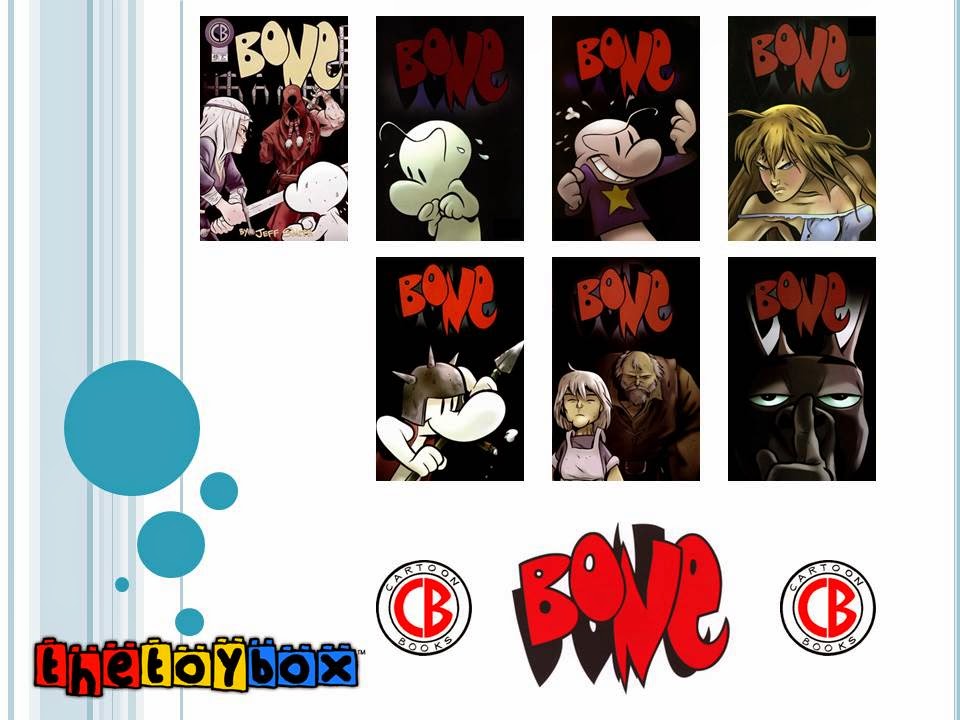 The series of Bone has been collected numerous times over in trade paperback, and many fans agree that the simplest and cheapest way to read the entire series is via the one shot Bone The Complete Series. It's relatively reasonably priced between $29.99 and $39.99 (at least as of the time of this writing it is). This collection is presented in black and white - Such as the series was in each issue. There are some collected versions of the series that have been printed in color, and though many fans regard it as a wonderful transition from black and white to color, the purists seek the B&W versions.

Join us next time when we take a look at Richie Rich - The Poor Little Rich Boy!

Click "HERE" to go back to the home page. For more posts related to this one, please click the labels below.
Posted by The Toy Box on May 21, 2015
Email ThisBlogThis!Share to TwitterShare to FacebookShare to Pinterest
Labels: 1990's, 2000's, Bone, Cartoon Books, Comic Books, Image Comics, Jeff Smith