Mass Effect was Bioware's masterpiece series which touted it was all about player choice. Each decision you made not only affected the outcome of your current game, but also set the stage for further adventures in its two sequels. Fans spent hundreds of hours searching every nook and cranny of the game, determined to get the ultimate experience from its vast world, and interesting NPC characters.

When the trilogy was concluded in 2012, the relatively unknown toy company Big Fish Toys stepped into the spotlight producing a line of figures based on Mass Effect 2 and Mass Effect 3. Both series were released consecutively in specialty and select retail stores.

Though sales were slow, as product went out of production it became more and more difficult to put a full set together without resorting to second hand dealers. While you would think this would make prices start to increase, instead the majority of collector's went the opposite route. They just lost interest.

As a whole the series is one of the finest produced to date based on video game characters. The sculpts are spot on, and the articulation is pretty impressive. Equally impressive is the attention to detail in the character's signature weapons. 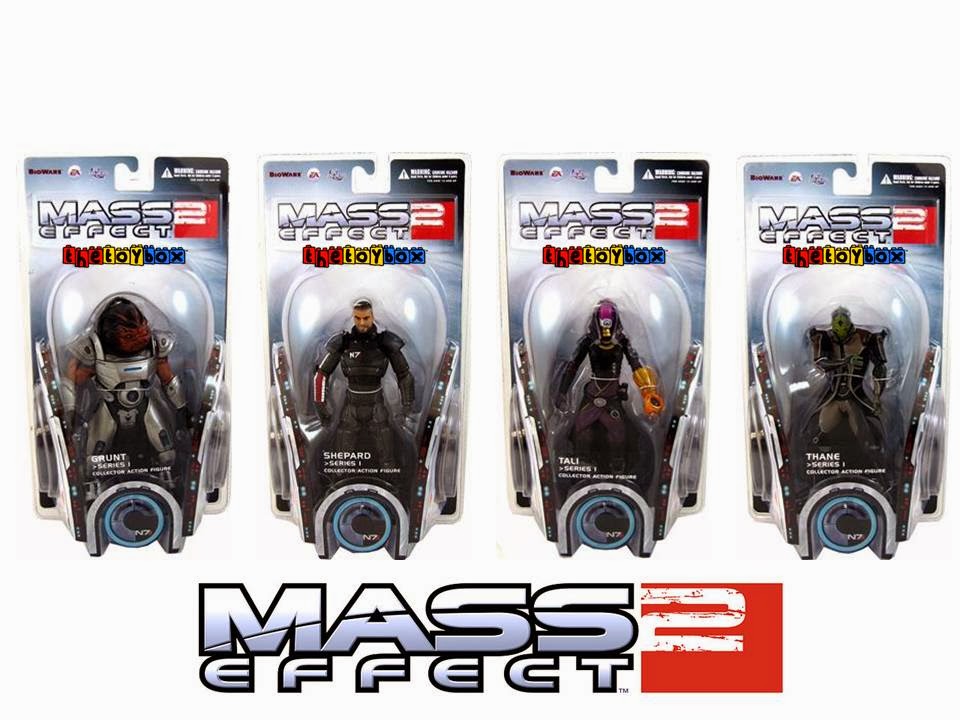 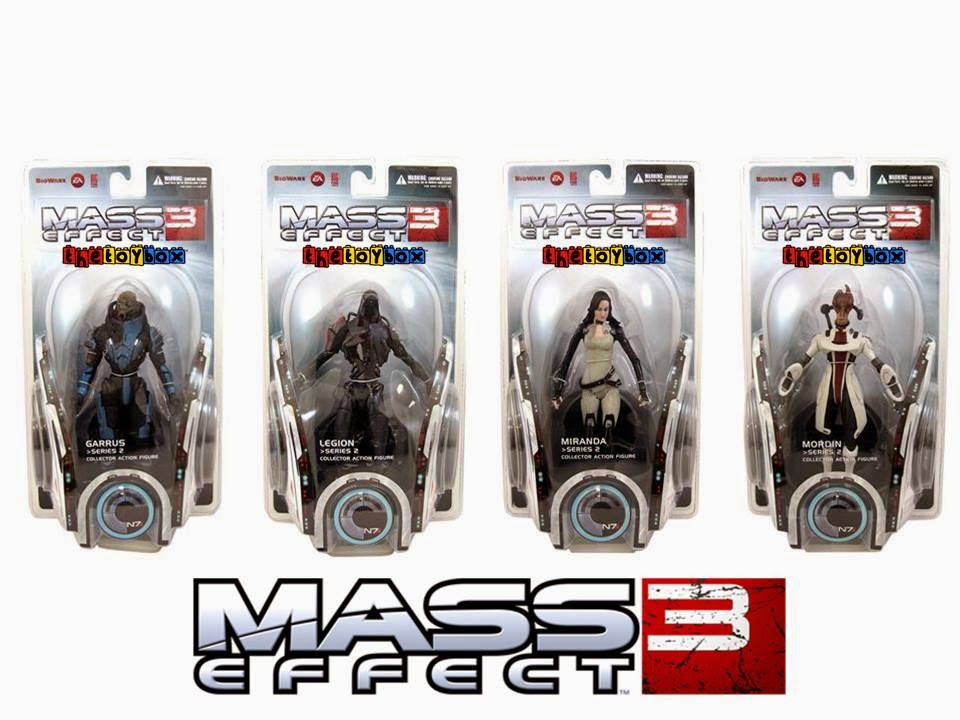 So where is Big Fish Toys today? We wish me knew. The Mass Effect 2 and 3 series are the only action figure lines they appear to have produced to date. Google searches yeild no information on the company, leading us to believe that they may have suffered the same fate as AnJon, the producers of the Dragon's Lair toys. By that we mean, they invested all their cash in producing an amazing series that unfortunately only a small niche of collectors wanted, and as such have gone belly up.

Join us next time when we take a look at Borderlands!

Click "HERE" to go back to the home page. For more posts related to this one, please click the labels below.
Posted by The Toy Box on August 21, 2014
Email ThisBlogThis!Share to TwitterShare to FacebookShare to Pinterest
Labels: 2010's, Big Fish Toys, Mass Effect, Mass Effect 2, Mass Effect 3