Greetings traveller! It's the line that has become synonymous with the series Borderlands from Gearbox. Despite it's main cast of valut hunters being the actual playable characters, fans of the series found more joy when running into the speaker of the line, ClapTrap, or CL4P-TP. The clunky little robot was your first NPC met in the game, and from there would show up randomly to offer quips and tips all delivered with a humerous undertone.

Though NECA first intended on producing a series of figures based on the numerous characters from Borderlands, they quickly changed directions when the popularity of ClapTrap took off. As such, the company focuses the majority of their efforts on the toy line in producing variations of ClapTrap himself. The only other figure to be produced to date is the Psycho Bandit, which while it's a great figure doesn't hold a candle to the uniqueness of ClapTrap. 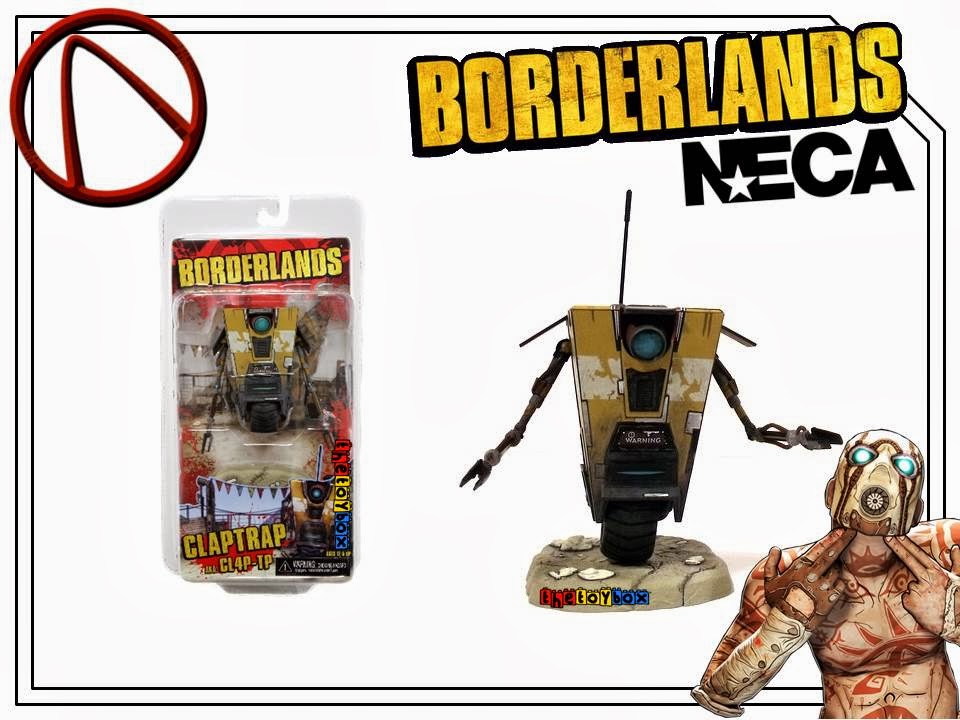 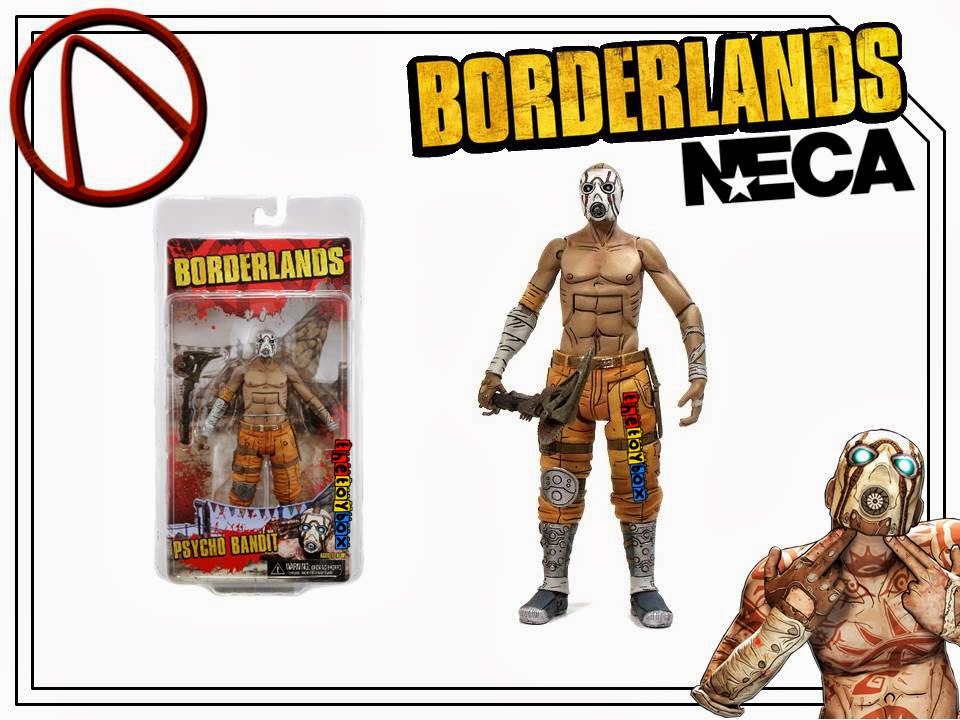 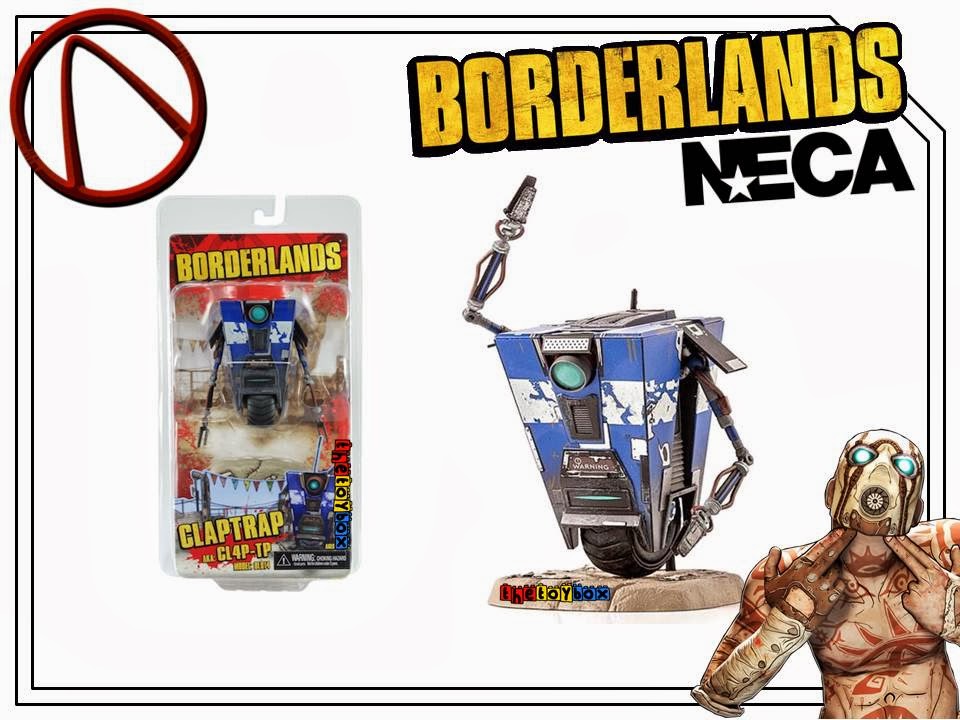 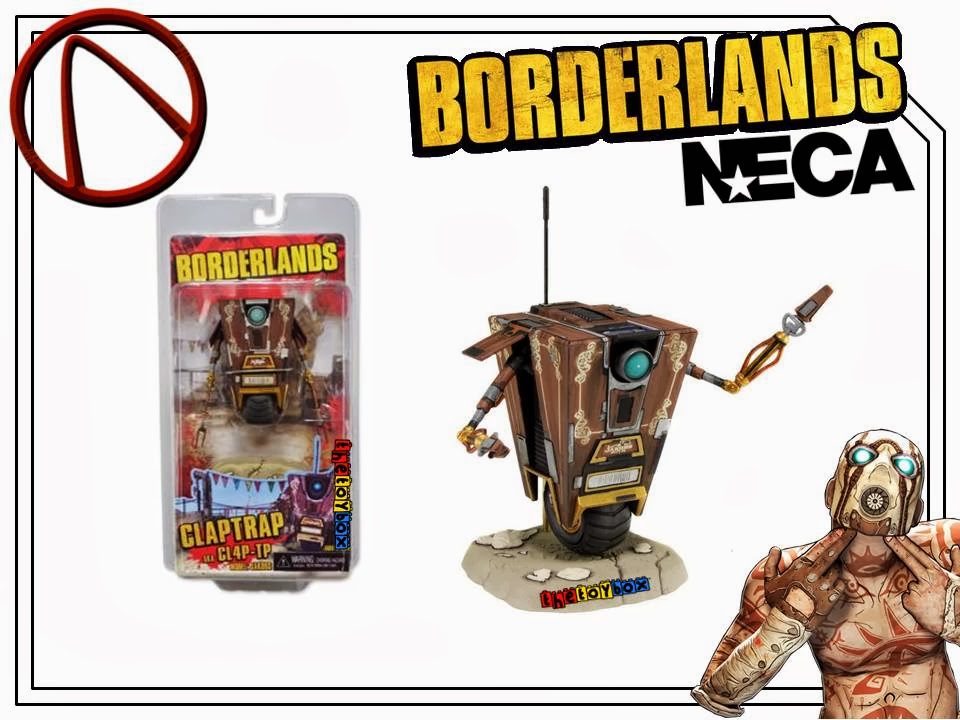 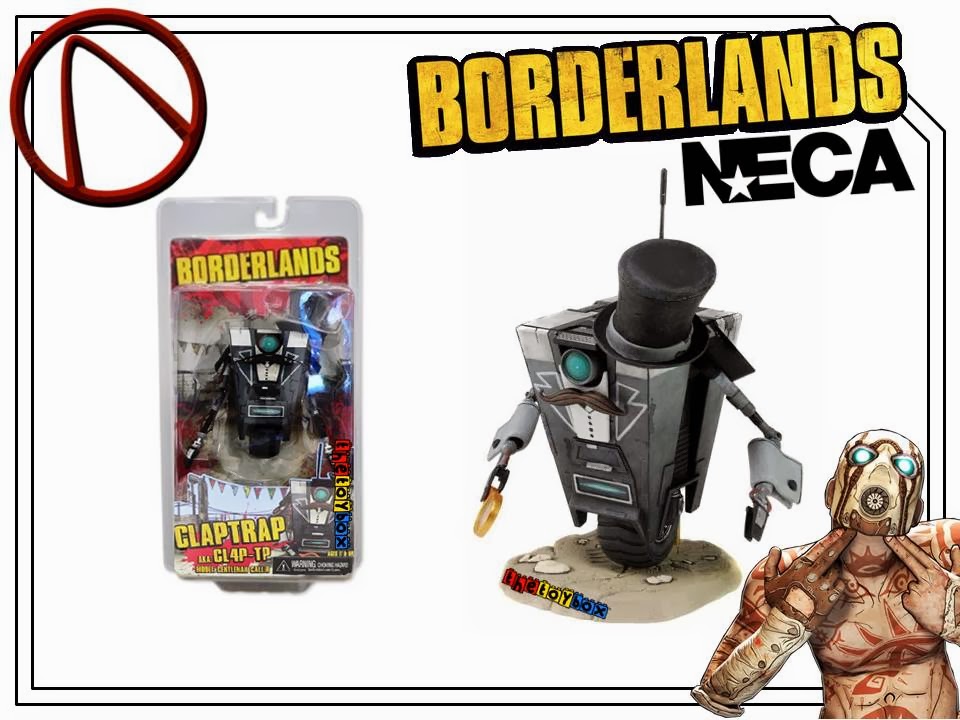 Because this is an ongoing series, we will continue to update this post as new figures are made available.

Join us next time when we take a look at Waterworld!

Click "HERE" to go back to the home page. For more posts related to this one, please click the labels below.
Posted by The Toy Box on August 25, 2014
Email ThisBlogThis!Share to TwitterShare to FacebookShare to Pinterest
Labels: 2010's, Borderlands, CL4P-TP, ClapTrap, NECA