We're counting down the last nine days to the Star Wars Saga on Blu-Ray and helping to ease the anxiousness by bringing you a look at another series of Star Wars toys.

Hasbro's Power of the Jedi line is probably one of the strongest and best Star Wars toy lines out there. A great effort was put forward to ensure that several background characters from the film got their chance to shine in plastic form.

The series ran from 2000 to early 2002, and saw a total of fifty-eight new (basic) figures between collections one and two. 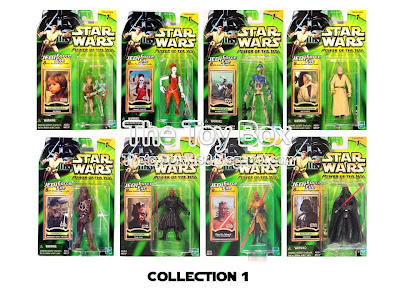 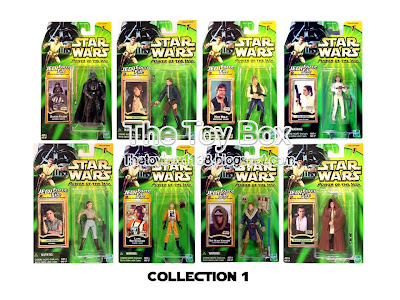 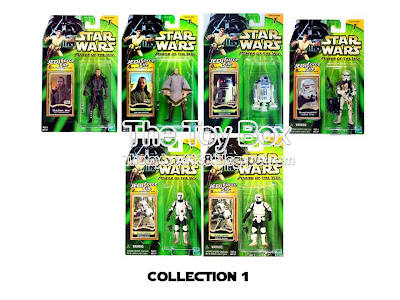 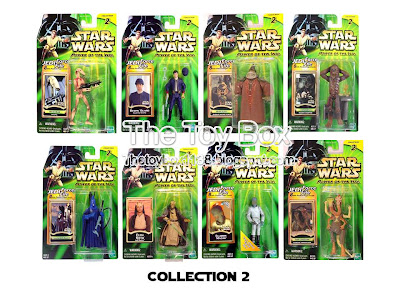 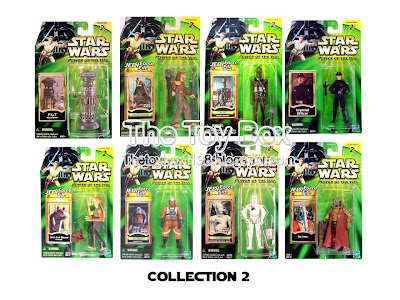 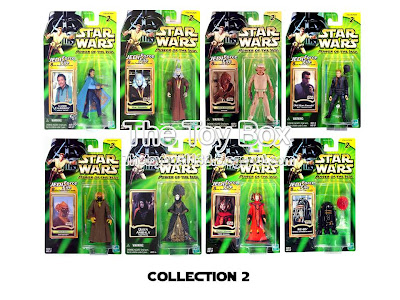 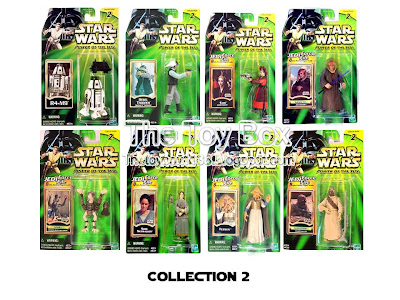 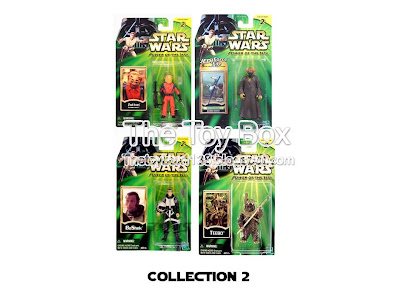 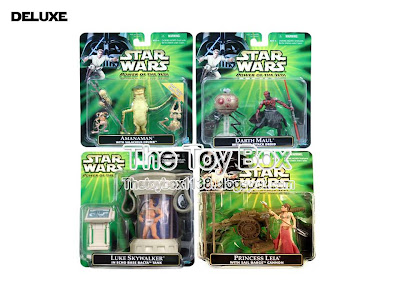 To celebrate the world of Star Wars figures, Hasbro produced a special edition 300th figure - Boba Fett. It served as a great iconic moment for collectors, while at the same time showed us what kind of quality detail Hasbro was capable of. If anything, it's a shame that all Star Wars figures can't be given the time and attention that this one figure got.

One multi pack was release, but was fairly unpopular with the exception of die hard collectors who absolutely have to have one of each figure.

Wizards of the Coast packed in an exclusive Wookiee - Rorworr with their Invasion of Theed Adventure Game. It was an interesting ploy to get toy collectors interested in the roleplaying game, and failed all fronts. 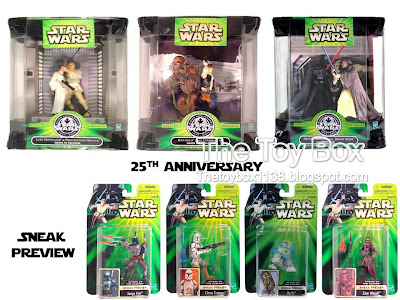 TOP TO BOTTOM/LEFT TO RIGHT
Boba Fett (300th Figure), Rorworr
Masters of the Dark Side

To celebrate the 25th anniversary of A New Hope, Hasbro produced three awesome two packs - Based on famous scenes, or in the Han Solo/Chewbacca pack, an iconic photograph.

They were a bit expensive for what they were, but man was they hot.

To remind everyone that Attack of the Clones was right around the corner (and that new toys would be coming soon), Hasbro followed suit with four new Sneak Preview figures. 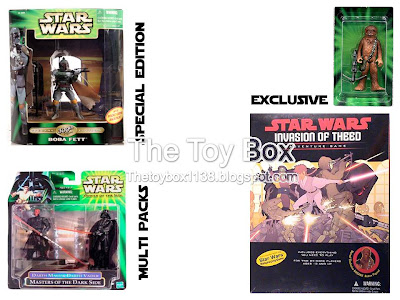 The Mega Action figures were anything but Mega. In fact, they were down right cheap. They were slightly larger figures that basically spazzed out when you pushed the buttons on their back, or in the case of the Destroyer Droid, a simple Transformer. Many collectors and fans were glad to see that Hasbro cancelled this small sub line shortly after its initial release. 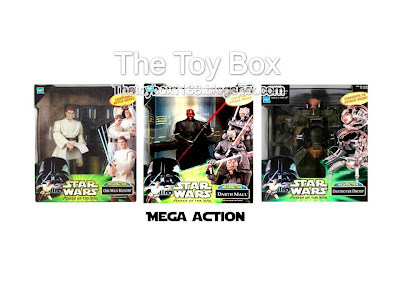 Vehicles still didn't get the respect that they deserved. Rather than putting forth any effort into coming up with new vehicles, Hasbro once again dusted off the molds from vintage vehicles, slapped a new coat of paint on them, and called it a day. The only exception to this is the TIE Bomber which was never released in the vintage line.

Interesting about this release of the vehicles is that each one was an exclusive to a specific store. 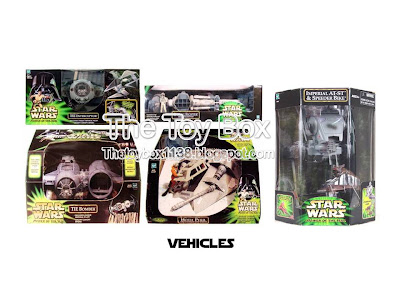 The Carbon-Freezing Chamber Playset which was eventually released as a Star Wars Fan Club exclusive actually dates back to the Power of the Force II line where it was initially slated to be released. For whatever unknown reason, it was pulled from production, and didn't see the light of day until the tail end of the Power of the Jedi line. 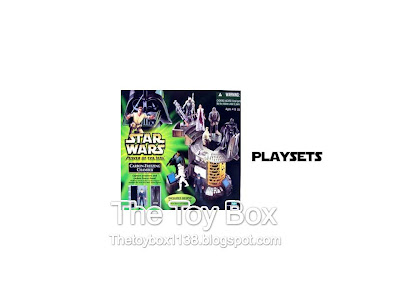 When Disney caught site of Star Wars quickly raking in cash hand over fist, they took the opportunity to dust off the ol' Star Tours ride, and re-launch it at what was called Star Wars Disney Weekend. This of course led to a small line of figures, that while carded on the Power of the Jedi cards (with the logo removed from the card), were a Disney exclusive under the guise of Star Tours. Several other Star Wars lines (which we'll get to on later dates) saw the return of Star Tours specific figures. 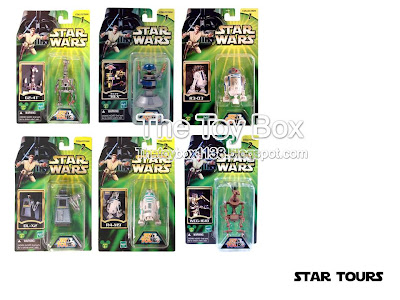 Power of the Jedi may have been a relatively small line when compared to later lines, but it certainly had a lot of satisfaction to it in terms of great figures. To this day it is one of the best Star Wars toy lines ever produced.

Join us September 9, 2011 for an in depth look at the massive collection of Star Wars - Saga toys!

Posted by OK Records 1138 on September 07, 2011
Email ThisBlogThis!Share to TwitterShare to FacebookShare to Pinterest
Labels: 2000's, Hasbro, Power of the Jedi, Star Wars